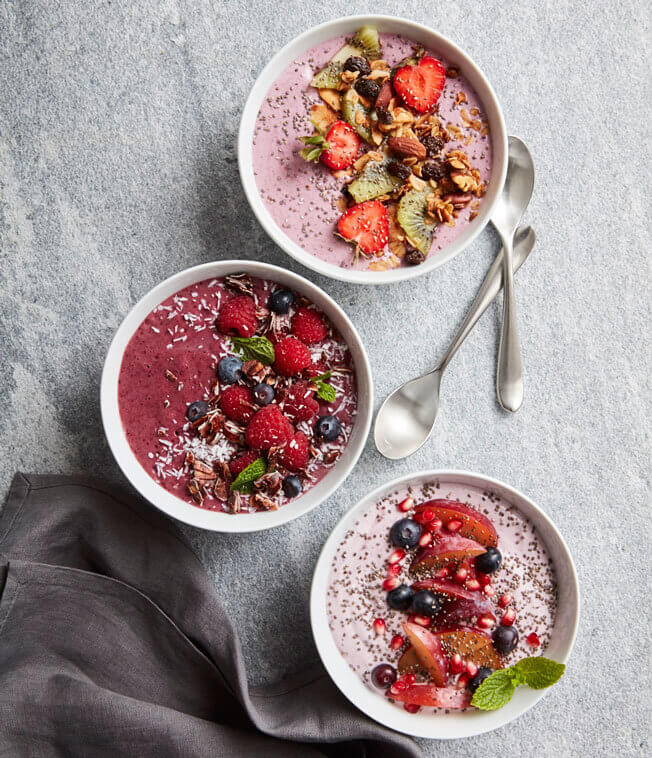 Last year, the biggest breakfast trend on Instagram was avocado toast, turning up in every possible iteration, from smashed with tahini to topped with Dungeness crab . This year, the darling of the food Internet has been the next big breakfast trend: smoothie bowls. Never had one? Think of them as an extra-thick smoothie, designed to be eaten with a spoon. The mixture is poured into a bowl and topped with fruit, nuts and more for extra variety and crunch.

How Did the Smoothie Bowl Trend Take Off?

The trend began with the smoothie bowl’s distant relative, the açaí bowl (that’s pronounced “ah-sigh-EEH”), made with the açaí berry, an antioxidant-rich superfruit from Brazil that’s beloved for its tart tropical flavor. In the United States, açaí berries aren’t available fresh, but arrive from South America as a frozen purée, which lends itself well to use in a frozen treat. The puréed frozen treat in a bowl morphed from featuring açaí to an array of fruits and vegetables.


How Do You Make a Smoothie Bowl, Anyway?

The idea is simple: Start with frozen fruit, which can be anything from açaí purée to frozen strawberries, mangoes, pineapple, blueberries, blackberries, kiwi, banana, or raspberries. Add that into a blender with some type of flavored liquid, like coconut water, juice, yogurt, milk or a non-dairy milk alternative. Blend until creamy and fully incorporated but still thick. Transfer that mixture to a bowl, and top it with nuts (sliced almonds, chopped walnuts), seeds (chia seeds, hemp seeds), dried fruit (goji berries, shredded coconut, cocoa nibs), fresh fruit (raspberries, bananas, kiwi, strawberries, blueberries) or cereal (puffed rice, granola). The result is a breakfast worth looking forward to, a quick pick-me-up, a nutrient-dense pre-workout snack or even a light dessert.

Care to get in on the latest health trend yourself? Try the our test kitchen’s smoothie bowl recipes below. 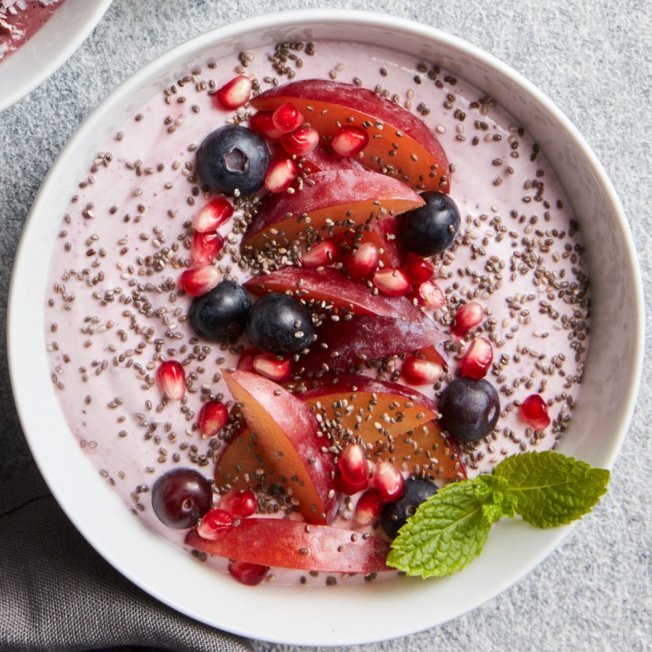 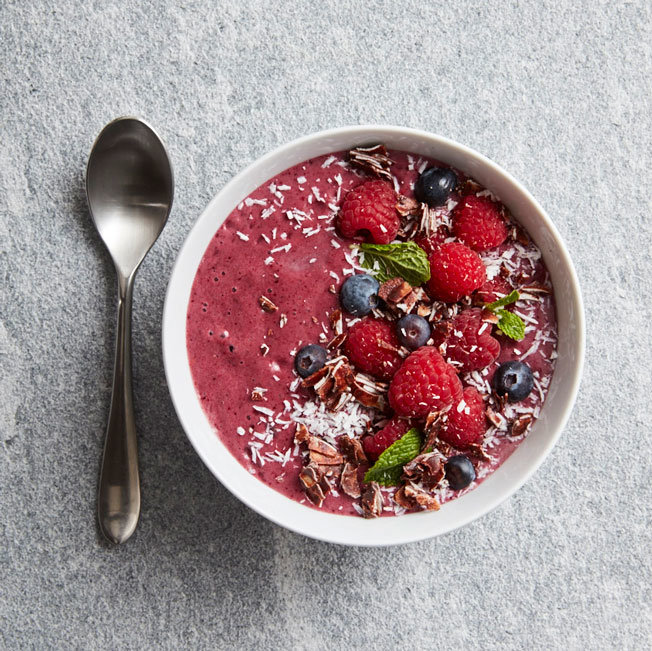 Açaí Bowl with Berries and Coconut 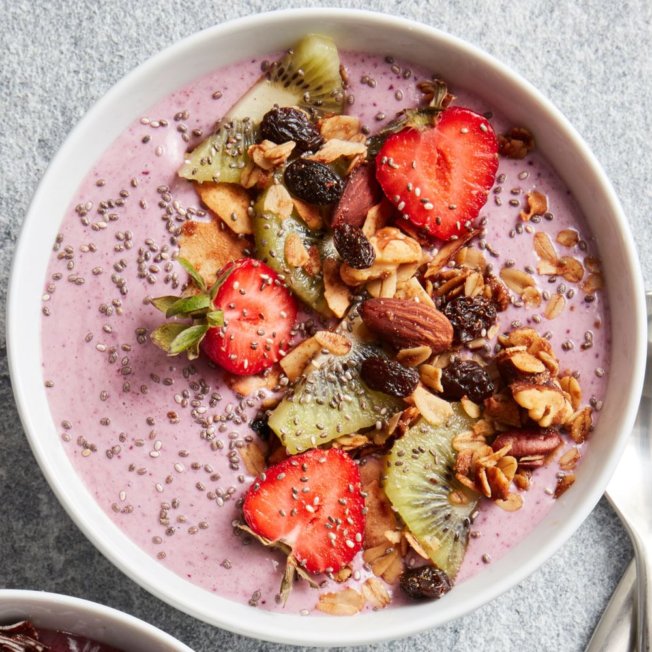 » The Sovereignty Alliance Issues Its Statement No. 1: We Will Present A Paper That Outlines The Way F

» Abdullah: Parliament will elect the President of the Republic on the eighth of next month

» Al-Halbousi blesses the formation of the "Sovereignty" coalition: We will work with the nation's par

» Kurdistan Democratic Party: Federal decision will speed up the rest of the legal steps

» The rule of law: We will abide by the decision of the Federal Court, despite the injustice done to u

» Between a rejectionist and a supporter.. the sectarian divisions in the appointment of security lead

» In a phone call, Al-Sadr and Barzani discuss political developments in Iraq