Subject: Where, Oh Where, To Put Obama?

Subject: Where, Oh Where, To Put Obama?

Where, Oh Where, To Put Obama?

George Washington, our nation's first president
and leader of the American Revolution!

Abe Lincoln, honorable leader who pulled our
nation through its darkest time!

Alexander Hamilton, founding father, first Secretary of the Treasury
and leader of the constitutional convention!

Finally, we have someone to put on the food stamp!!!

Obama's policies have put more people
on welfare than any
president before him, so this placement is most appropriate.

Unlike the Nobel Peace Prize, for which he did nothing,
this is an "honor"
he richly deserves!!
zimi31

So true.....at least I know it would never end up in my wallet

that's just wrong and we all know it! his picture belongs on a roll of toilet paper.

fonz1951 wrote:that's just wrong and we all know it! his picture belongs on a roll of toilet paper.

fonz1951 wrote:that's just wrong and we all know it! his picture belongs on a roll of toilet paper. 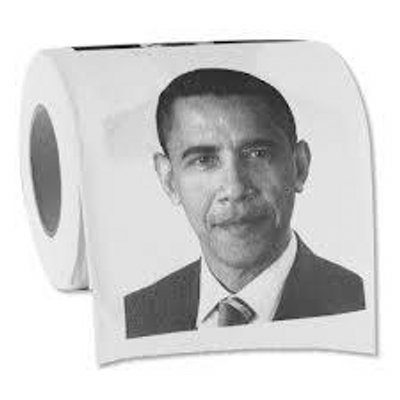 ebay is your friend.

ebay is your friend.

Thanks, I spend too much time on neno's...forgot there are other sites to explore lol
Sponsored content