President Trump's executive order on travel may be generating big protests, but an IRS missive on travel and passports may not go down too well either. More than a year ago, in H.R.22, Congress gave the IRS a new weapon to collect taxes. Tax code [url=http://uscode.house.gov/view.xhtml?req=%28title:26 section:7345 edition:prelim%29]Section 7345[/url] is labeled, “Revocation or Denial of Passport in Case of Certain Tax Delinquencies.” The law isn't limited to criminal tax cases, or even cases where the IRS thinks you are trying to flee. The idea of the law is to use travel as a way to enforce tax collections. It was proposed and rejected in 2012. But by late 2015, Congress passed it and President Obama signed it.
Now, over a year later, the IRS has finally released new details on its website. If you have seriously delinquent tax debt, IRS can notify the State Department. The State Department generally will not issue or renew a passport after receiving certification from the IRS. The IRS has not yet started certifying tax debt to the State Department. The IRS says certifications will begin in early 2017, and the IRS website will be updated to indicate when this process has been implemented. 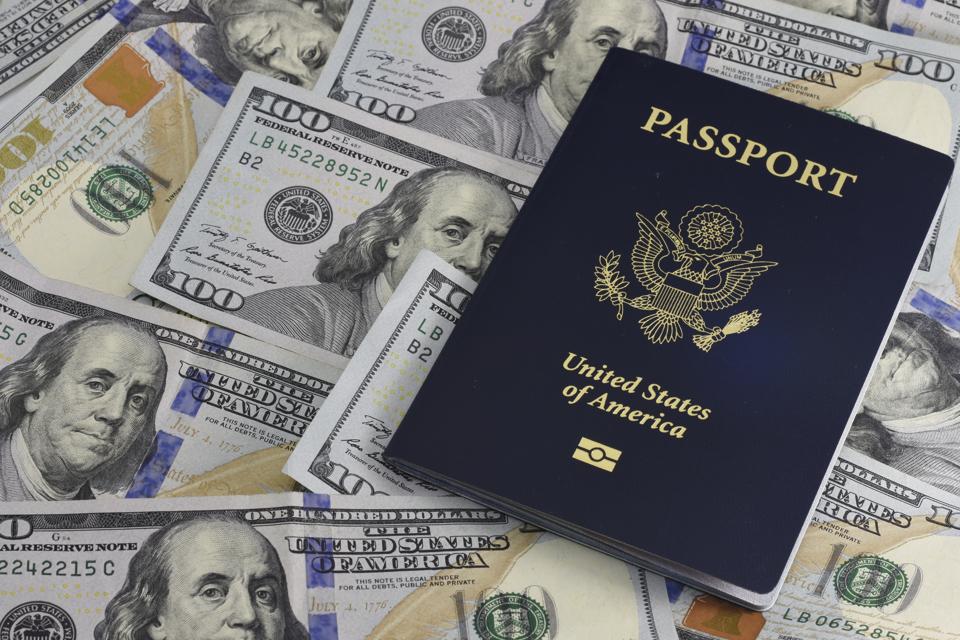 Shutterstock
Here is the new information from the IRS. Seriously delinquent tax debt is an individual's unpaid, legally enforceable federal tax debt totaling more than $50,000 (including interest and penalties, but subject to an inflation adjustment) for which:

Some tax debt is not included in determining seriously delinquent tax debt even if it meets the above criteria. It includes tax debt:

Before denying a passport, the State Department will hold your application for 90 days to allow you to:

The IRS will not reverse certification where a taxpayer requests a collection due process hearing or innocent spouse relief on a debt that is not the basis of the certification. Also, the IRS will not reverse the certification because the taxpayer pays the debt below $50,000.
Judicial Review. If the IRS certified your debt to the State Department, you can file suit in the U.S. Tax Court or a U.S. District Court to have the court determine whether the certification is erroneous, or the IRS failed to reverse the certification when it was required to do so. If the court determines the certification is erroneous or should be reversed, it can order reversal of the certification.
IRC Section 7345 does not provide the court authority to release a lien or levy or award money damages in a suit to determine whether a certification is erroneous. You are not required to file an administrative claim or otherwise contact the IRS to resolve the erroneous certification issue before filing suit in the U.S. Tax Court or a U.S. District Court.
Payment of Taxes. If you can’t pay the full amount you owe, you can make alternative payment arrangements such as an installment agreement or an offer in compromise and still keep your U.S. passport. If you disagree with the tax amount or the certification was made in error, you should contact the phone number listed on Notice CP 508C. If you’ve already paid the tax debt, please send proof of that payment to the address on the Notice CP 508C. If you recently filed your tax return for the current year and expect a refund , the IRS will apply the refund to the debt and if the refund is sufficient to satisfy your seriously delinquent tax debt, the account is considered fully paid.
Passport Status. If you need to verify whether your U.S. passport has been cancelled or revoked, you should contact the State Department by calling the National Passport Information Center at 877-487-2778. If you need your U.S. passport to keep your job, once your seriously delinquent tax debt is certified, you must fully pay the balance, or make an alternative payment arrangement to keep your passport. Once you’ve resolved your tax problem with the IRS, the IRS will reverse the certification within 30 days of resolution of the issue.
Travel. If you’re leaving in a few days for international travel and need to resolve passport issues, you should call the phone number listed on Notice CP 508C. If you already have a U.S. passport, you can use your passport until you’re notified by the State Department that it’s taking action to revoke or limit your passport. If the Secretary of State decides to revoke a passport, the Secretary of State, before making the revocation, may—

If your passport is cancelled or revoked, after you’re certified, you must resolve the tax debt by paying the debt in full, making alternative payment arrangements or showing that the certification is erroneous. The IRS will notify the State Department of the reversal of your certification within 30 days of the date the tax debt is resolved.
https://www.forbes.com/sites/robertwood/2017/02/02/another-travel-ban-irs-moves-to-revoke-passports-for-unpaid-taxes/#45531ec40fb2

» Congress Passes Bill In 15 Minutes To Revoke Americans' Passports Without Due Process
» Congress’s Plans to Lock You in/goes to taxes & passports
» No passports for US citizens who haven’t paid taxes or don’t have a Social Security number
» China tycoon moves jobs to US, citing high taxes at home
» The General Passports invites a category of citizens to receive their passports in all governorates