'Bent over backwards to please radical Islamic groups and caved into their demands' - THIS IS OUTRAGEOUS - THERE IS NOTHING BUT CORRUPTION, THIS TRULY IS THE SWAMP 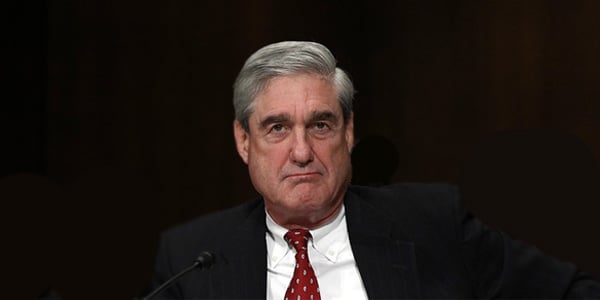 Robert Mueller
The Washington watchdog Judicial Watch is challenging the judgment of Robert Mueller, the former FBI chief who just this week was picked to head up a special investigation into alleged collusion by the Trump campaign with the Russian government in the 2016 presidential race.

Judicial Watch says Mueller was the FBI director who “caved” to the demands of radical Islamic groups and removed critical training materials from the government’s library of available resources.
He had no sooner been appointed to investigate Russia collusion and “related matters” when he faced a call for his resignation.
It was Gregg Jarrett in a commentary at Fox News who said that since Mueller worked closely with now-fired FBI chief James Comey, there’s a clear conflict of interest.
“The problem arises in his duty to fairly and objectively evaluate the evidence he gathers,” Jarrett wrote. “How can Americans have confidence in the results if they know the special counsel may harbor a conspicuous bias. They cannot.”
He said: “So what exactly is Mueller’s conflict? He and James Comey are good friends and former colleagues who worked hand-in-hand for years at the FBI. Agents will tell you they were joined at the hip. They stood together in solidarity, both threatening to resign over the warrantless wiretapping fiasco involving then-Attorney General John Ashcroft in 2004.”
This, Jarrett wrote, “is precisely the kind of association which ethical rules are designed to guard against.”
He said Mueller clearly will “morph” his investigation of Russia into a review of a meeting between President Trump and Comey weeks ago in which the president allegedly asked Comey to end the Flynn investigation.
“The words reportedly used by Mr. Trump hardly constitute an attempt to obstruct justice, but that has not stopped Democrats and the media from declaring it a crime,” he continued. “It is clear where all of this is headed. Mueller’s probe will morph into an investigation of the Trump-Comey meeting to determine whether the president tried to obstruct justice.”
Judicial Watch’s report added to the concerns about Mueller’s judgment.
“It’s worth reiterating his misguided handiwork and collaboration with radical Islamic organizations as FBI director,” the organization said, citing its “droves of records” from 2013 that documented how under Mueller the “FBI purged all anti-terrorism training material deemed ‘offensive’ to Muslims after secret meetings between Islamic organizations and the FBI chief.”
Instead of getting an above-board response, too, the group said, it had to sue to get the records.
“As FBI director, Mueller bent over backwards to please radical Islamic groups and caved into their demands. The agency eliminated the valuable anti-terrorism training material and curricula after Mueller met with various Islamic organizations, including those with documented ties to terrorism,” Judicial Watch said. “Among them were two organizations – Islamic Society of North America (ISNA) and Council on American Islamic Relations (CAIR) – named by the U.S. government as unindicted co-conspirators in the 2007 Holy Land Foundation terrorist financing case. CAIR is a terrorist front group with extensive links to foreign and domestic Islamists. It was founded in 1994 by three Middle Eastern extremists (Omar Ahmad, Nihad Awad and Rafeeq Jaber) who ran the American propaganda wing of Hamas, known then as the Islamic Association for Palestine.”
The watchdog organization explained Mueller, who was FBI chief 12 years, “met with the Islamic organizations on February 8, 2012, to hear their demands.”
“Shortly later the director assured the Muslim groups that he had ordered the removal of presentations and curricula on Islam from FBI offices nationwide. The purge was part of a broader Islamist operation designed to influence the opinions and actions of persons, institutions, governments and the public at-large. The records obtained by Judicial Watch also show similar incidents of Islamic influence operations at the Departments of Justice and State, the Joint Chiefs of Staff, and the Obama White House.”
Judicial Watch said Mueller claimed to have purged the government of that information because, among other things, it “inaccurately argues the Muslim Brotherhood is a terrorist organization.”
“It’s crucial to note that Mueller himself had previously described the Muslim Brotherhood as a group that supports terrorism in the U.S. and overseas when his agency provided this ludicrous explanation,” Judicial Watch said.
“Considering Mueller’s role in much of this, it makes him a bizarre choice to lead the heated Russia investigation,” Judicial Watch said.
http://www.wnd.com/2017/05/washington-watchdog-challenges-muellers-judgment/
Read more at http://www.wnd.com/2017/05/washington-watchdog-challenges-muellers-judgment/#R3MSTGZ05uuwx36v.99

» integrity economy challenges a judgment against a dollar manipulator
» Trump Pledges War on Radical Islamic Terrorism
»  Trump adviser refuses to use the US president the term "radical Islamic terrorism"
» Newspaper: Washington is seeking to replace the staff of its embassy in Iraq with a more radical
» Washington: Moscow challenges our strategic interests Wednesday, May 23