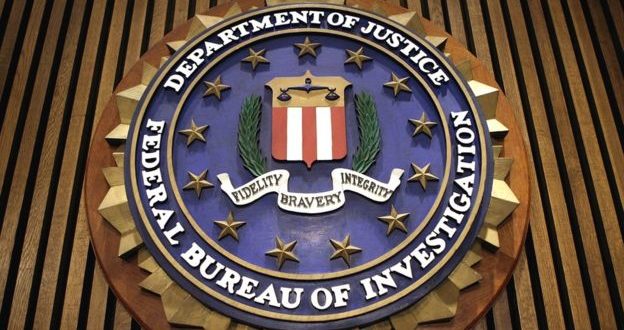 Baghdad - Agencies
FBI agents have failed to extract data on about 7,000 mobile phones they have tried to penetrate, the FBI said.
"Encrypting the devices is a very big problem for the federal agency's investigations," Christopher Wary said.
He said the agency had been unable to penetrate more than half of the devices targeted within 11 months.
An Internet security expert said such encryption was now "in reality."
Many smartphones start encrypting their data as soon as they close, a feature that is designed to secure data so hard to penetrate even on device manufacturers.
Alan Woodward, an Internet security expert at British University of Surrey, said phone encryption was as frustrating as forensic investigations would see, and it would be impractical and insecure to develop "back doors".
"The discouraging encryption of forensic investigations has now become a reality for law enforcement agencies."
"Even if device manufacturers did not put this type of encryption, it's possible to get data encryption programs in the same way," he said.
"There must be a balance between encryption and the importance of providing us with the tools we need to maintain public safety," said the FBI director.
The FBI had asked Apple in 2016 to decrypt the iPhone used by San Bernandino's attack port, Mr Radwan Farouk.
The company rejected the request on the grounds that its phones are designed in such a way that the manufacturer is also unable to penetrate once encrypted.
The FBI then announced that another company had discovered a way to penetrate the attacker's machine.
A federal judge ruled earlier this month that the agency was not obliged to disclose the company's identity or the amount it paid for the service.
The judgment came after requests by journalists for this information under the Freedom of Information Act.
He pointed out that 998 villages and cities have been taken over and 503,000 areas of 223 square kilometers have been restored.
http://www.aljournal.com/%D8%A7%D9%81-%D8%A8%D9%8A-%D8%A2%D9%8A-%D9%8A%D8%B9%D8%AC%D8%B2-%D8%B9%D9%86-%D8%A7%D8%AE%D8%AA%D8%B1%D8%A7%D9%82-7-%D8%A2%D9%84%D8%A7%D9%81-%D9%87%D8%A7%D8%AA%D9%81-%D9%85%D8%B4%D9%81%D8%B1/

» Parliamentary Finance: The budget included 65 thousand functional grades, including 31 thousand for
» Source: 8 thousand files of corruption near verdict
» Central Bank lowers the dollar sales for citizens wishing to travel
» The price of the dollar in Baghdad today
» America sent five thousand coach to Iraq and launched a raid against 11 thousand Daash