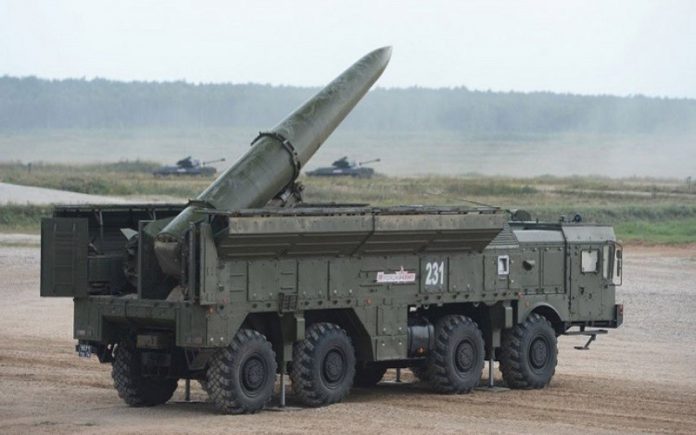 Information / Baghdad ..
An official source in the Russian Federation for Military Technical Cooperation has revealed that Moscow has provided for the first time a North African and Middle Eastern missiles, "Iskander" tactical lethal.
The Russian source, speaking on condition of anonymity, said that the only foreign country in the world to receive such missiles was the Republic of Armenia, which has close alliance with Russia.
"The missiles that were supplied with high-precision missiles have been supplied to us this year by a Middle Eastern country in North Africa," he said in an interview on the sidelines of the Dubai 2017 Air Show.
The missiles, "Iskander" Russian, missiles march range of 500 km, and impossible to the enemy supposed to intercept, while can be equipped with launch pads of various types of missiles, including high-precision winged.
The missiles are aimed at striking hostile targets, including missile systems such as the US Patriot, long-range rocket and artillery launchers, helicopters, open helicopters and command posts.
Iskander can also be supplied with fissile heads, which are controlled separately from each other, after being scattered by the rocket launched by the system, while the designers are providing the systems of this type with new quality equipment to control and operate and control the state of art.
http://www.almaalomah.com/2017/11/16/255341/