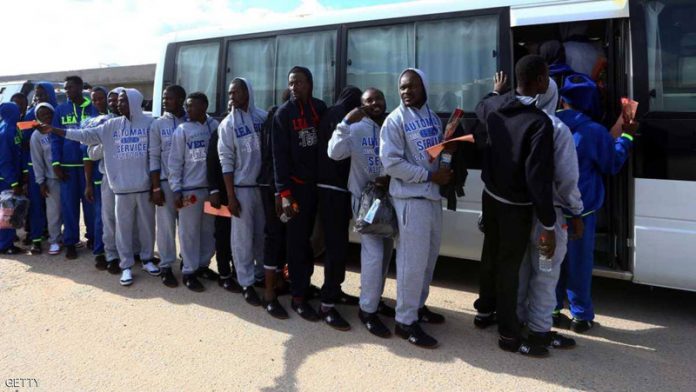 Information / Baghdad ...
European and African leaders, including Libya, as well as the United Nations and the European Union and African Union, on Thursday decided to carry out emergency evacuations in the coming days or weeks for migrants who are victims of human trafficking in Libya.
"This decision was made during an urgent meeting between the European Union, the African Union, the United Nations, Germany, Italy, Spain, Chad, Niger, Libya, Morocco and the Congo," Sky News quoted French President Emmanuel Macaron as saying on the sidelines of a Euro-African summit in Abidjan.
"Libya reiterated its agreement to identify the camps that witnessed barbaric acts and President Al-Serraj agreed to secure access to those sites," the French president said.
"The European Union, the African Union and the United Nations have decided to give greater support to the International Organization for Migration (IOM) to assist the return of Africans who wish to return to their home country. This work will be carried out in the coming days, in cooperation with the countries concerned." Ending / 25 z
http://www.almaalomah.com/2017/11/30/259823/