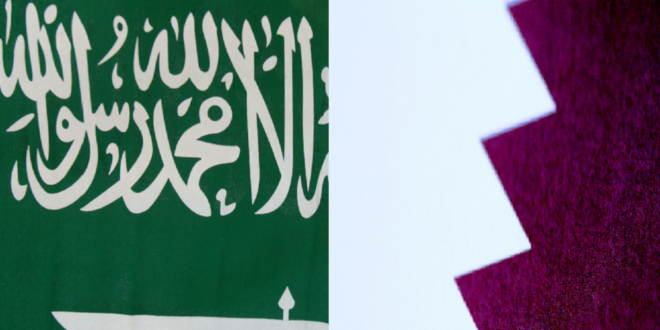 Electronic attacks spark new crisis between Saudi Arabia and Qatar
The controversy erupted on the site of "Twitter" in Saudi Arabia against the background of penetrating the account of the monetary support program for citizens "citizen account" and published a picture of the adviser in the Royal Court Saudi Saud al-Qahtani with a comment threatening.
Saudi newspaper "Sabd" has announced that a group of hackers calling itself "Falcons of Qatar" has been hacked on the official page of the Citizen Account on Twitter, accusing a Qatari newspaper of being behind them.
And the e-hackers posted a chant on the Citizen's Account page that read: "For you, Tamim al-Majd," "Your hawks, hawks of Qatar, will avenge you from the countries of siege and their false fabrications." They also published a tweet that included a letter to the adviser at the Saudi royal court, Al-Qahtani, in which he said: "Tuna is not fat" (until the moment we have not yet begun).
For its part, the administration of "citizen account" later that it was able to "restore the official account on Twitter after penetration, adding:" is dealing with hackers according to official channels. "
However, the incident, which is full of mystery, did not end, the newspaper "Al Arab" Qatar, exposed its site to penetrate at 10 am on Tuesday morning, and published "hacker" a false topic of trying to penetrate the account of citizens in Saudi Arabia.
The circular confirmed that the move was carried out by the "Falcons of Qatar" group, saying that "it will not be the only one." He claimed that there are other official accounts that have been breached and the results will be published soon. "The alleged cyber attacks are in response to Qatar's" siege "of Saudi Arabia, the United Arab Emirates, Bahrain and Egypt, he said, adding that these steps are one of the necessary weapons to" confront the ferocious war "from the provinces.
But the paper later cleared the publication, and the newspaper said that the hackers published the alleged news in the site "Arabs" and inside the words "HH the Emir of the country," which is different from the editorial policy of the newspaper and its website, as there is a written error adopted in such cases, His Highness Sheikh Tamim bin Hamad Al Thani, Emir of the State of Qatar.
"What is happening in Saudi Arabia is an internal Saudi affair, but it always accuses Qatar. The Gulf crisis started with the piracy of Qatar News Agency, which is the same strategy that followed piracy, Arab newspaper website.
"The Abu Dhabi stand behind the pirate site of the newspaper" Arabs ", and stood behind the piracy of the Qatari news agency" Qena "before, with the testimony of the US intelligence, and called on the Kuwaiti mediator to carry out the formulation of the news, did not commit the hijackers editorial line of the newspaper, The official formula is "His Highness Sheikh Tamim bin Hamad Al Thani, Emir of the country," and this is exactly what happened with the Qatar News Agency. "
The hacking of the citizen's account began on Monday from a customer service page on Twitter, which was published in response to a Saudi question about the content of the support program for the middle class in the kingdom. To silence the Saudi society and laugh at it from the direct and indirect impact expected from the various economic reforms, through the provision of direct monetary support to beneficiaries.
http://www.aljournal.com/%D9%87%D8%AC%D9%85%D8%A7%D8%AA-%D8%A5%D9%84%D9%83%D8%AA%D8%B1%D9%88%D9%86%D9%8A%D8%A9-%D8%AA%D8%B4%D8%B9%D9%84-%D8%A3%D8%B2%D9%85%D8%A9-%D8%AC%D8%AF%D9%8A%D8%AF%D8%A9-%D8%A8%D9%8A%D9%86-%D8%A7%D9%84/

Yesterday at 1:16 pm by chouchou

Yesterday at 5:10 am by chouchou