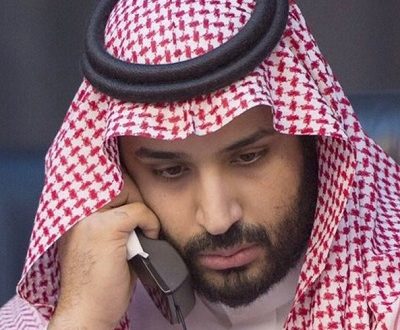 The Federal Bureau of Investigation (FBI) has decided to open new investigations into suspicious activities that alleged reports of Moroccan King Mohammed VI and King Salman bin Abdul Aziz.
The Associated Press reported that the FBI reopened federal investigations into suspicious activities of the Clinton Foundation.
The charges, raised in 2016, claim that the Clinton Foundation accepted donations for political benefits from former US Secretary of State Hillary Clinton.
The agency quoted a person familiar with the inquiry who declined to be named because he was not authorized to discuss it publicly, saying the new investigation would continue for several months.
US President Donald Trump and several Republican lawmakers have urged the Justice Department to reconsider these investigations.
A spokesman for the Clinton Foundation denied the accusations, saying it was just "politically motivated" allegations.
The new charges are in connection with other charges against her former assistant, Homa Abdeen, who is charged with threatening US national security for using her laptop with Jimmy Weiner, a former congressman accused of molesting a 15-year-old boy.
The FBI uncovered letters under "highly classified" information on Winer's computer, by chance, during its investigation, which included secret meetings and conversations with Arab and international leaders and officials.
The former secretary of state has been accused of neglecting US national security, insisting that she and her aides use personal e-mail instead of the State Department's official mail.
Source of charges
The source of the accusations, the letters leaked from the email of Hillary Clinton, published by the site "Wikileaks" in several stages in 2016, and separated by the newspaper "New York Times" the United States at the time.
The leaks include Clinton receiving "dubious" donations from Arab and international leaders to the Clinton Foundation for political services and benefits.
Clinton's e-mail messages reached Wikileaks after a group of hackers hacked their servers and got the messages, which WikiLeaks decided to publish at the same time.
The hacking emails indicated that Hillary Clinton's top aides and campaign were deeply concerned about the suspicious donations of Bill Clinton's Clinton Foundation and the potential impact on Hillary's political future.
The messages showed a conversation with one of Bill Clinton's most senior aides, Douglas Band, who received a collection of precious gifts and cash from Arab leaders for services that could be considered undemocratic.
Clinton, the daughter of Hillary and Bill, also accused her father's aides in a different mail message of her father's aides receiving large sums of money from those undemocratic parties to get support from their father and the Clinton Foundation for their policies and to help them gain technical support in installing spy programs in those countries.
Another e-mail showed Hillary Clinton's $ 12 million donation to the Clinton Foundation from the Moroccan monarch, Mohammed VI, in exchange for the silence of the former foreign minister during her visit to Morocco to talk about any problems related to democracy or human rights in Morocco.
"You created that mess, and you know it well," said Houma Abdeen, one of Hillary's top aides in a letter dated January 2015 to Hillary Clinton.
Other letters revealed clear family conflicts between Bill and Hillary and their daughter Chelsea with a number of their advisers.
The e-mails showed that John Podesta, who had a prominent position in Hillary Clinton's campaign, did not seek any evidence to refute Republicans' claims about the Clinton administration's anonymous support.
"Mr Bill seems to have no fear of embarrassing Hillary and is always trying to bring in millions of dollars, even if Mrs Hillary is more critical," Bodesta said in one message.
"Does Bill not realize that Hillary is planning a major event next year, not aware that she will run for president, or does he want to embarrass her and do not want her to win the seat?"
Another letter in 2015 revealed discussions about a possible meeting between Clinton and the newly-crowned Saudi monarch. The message was written by King Salman bin Abdul Aziz, who took office on January 23, 2015.
In a letter, a Clinton aide said Hillary needed to list 10 requests made by the World Jewish Congress to the Saudi king so that the powerful lobbying of the lobby would not be affected by the Clinton Foundation.
In another e-mail, an outside law firm expressed concern about the Clinton Foundation's practices and its impact on Hillary's political future because of what the office called suspicious gifts and illegal donations from some donors in exchange for political interests.
The office advised the Foundation that no suspicious foreign donations should be accepted if they wanted Clinton to win the presidential election and re-enter the White House.
A leaked letter dated March 2015 also revealed that Viktor Pinchuk, the Ukrainian steel tycoon, had donated more than $ 10 million to the Foundation and asked for a meeting with former President Clinton, according to a letter from one of his aides, Amitabh Desai.
Desai said that if Clinton refused to meet, the relationship between the two parties would be damaged and the donation could collapse. .
The Clinton Foundation was founded in 1997 and President Bill Clinton is still its president, with a capital of about US $ 2 billion.
The Clinton Foundation dedicates most of its activities to projects around the world, from helping African farmers and helping Haiti recover from the devastating earthquake of 2010.
It also helps many people get access to a cheaper medicine than HIV. 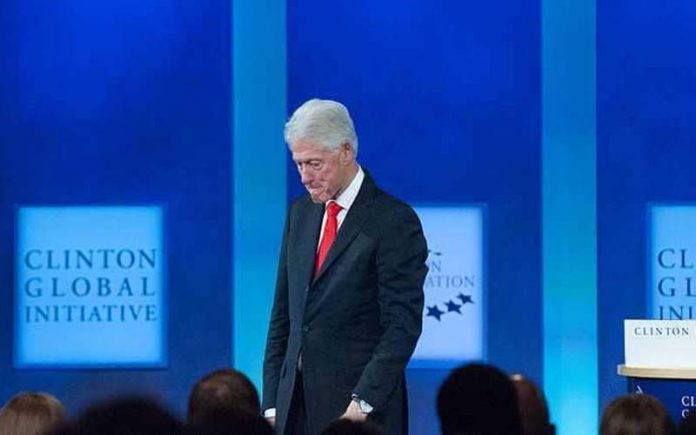 Information / Baghdad ...
The Federal Bureau of Investigation (FBI) has launched an investigation into the activities of former President Bill Clinton under pressure from President Donald Trump and corruption allegations by Republican lawmakers.
"The Justice Department investigators are examining issues related to donations received by the Clinton Foundation for political services, while the wife of the former president was Secretary of State between 2009 and 2013," the AFP news agency reported.
"US Justice Secretary Jeff Sessions began assessing the need for an investigation into a controversial uranium deal that included a large donation to the Clinton Foundation, while the US president had earlier called on the Justice Department to reopen investigations into Hillary Clinton's e-mail," she said. Ending / 25 z
http://www.almaalomah.com/2018/01/06/270622/
Lobo

Re: The newspaper "FBI" opens an investigation in which the King of Morocco and the King of Saudi Arabia

About time, not hiding my feelings - the Clintons need to be "LOCKED UP"
Sponsored content

Re: The newspaper "FBI" opens an investigation in which the King of Morocco and the King of Saudi Arabia