All is in Frank’s opinion

Banks now linked with merchants through the POS (point of sale).  Next is the release of the small bills (lower denominations).  They are 100% ready to pull the trigger.

In Iraq, Dinar will be 1 to 1 with USA.  Internationally the rate will increase, climb and be capped later in 2018.

Frank:  "I've got to remain focused, rather than excited.  We are landing this plane."

Delta:  Very, very few people know about 2012-2014.  Rate was released, stopped by Maliki. Instead Maliki went after Dr. Shabibi (CBI Governor).  Then the IMF postponed it.  Obama pulled out troops and the re-in statement of the Dinar stopped.

Frank & Delta:  We are very, very close with POS method.  This brought the the citizens in and killed the black market.  All ready to go, 1st half 2018.  "Iraqi Dinar should be most desirable currency in world!"

Point of Sale (POS) is extremely important.  The IMF, World Bank, UST came up with the plan to speed up Re-In-statement of Iraqi Dinar.

It is crucial for investors/banks. It puts Iraq open to the world from the Kuwait Conference.

Banks have two types of accounts:  Business and Personal.  Accounts now open to the world.  Contracts can come into Iraq from the Kuwait Conference.

Frank: "Deep in my heart, I really think we are here!"

Frank and Walkingstick: "They are accelerating the pace to push the RI though, IOO!  CBI and banks are on the cusp to do it NOW.  Hence why changed from soon, to shortly, to very shortly."

Walkingstick:  Report link released back to 2012.  Those numbers are OLD. NOW MUCH HIGHER.

"ATM's are not the only way to distribute small notes.  I'll talk to you in 2 days." (Wednesday).  I believe in two more days they (GOI/CBI) will tell us more.  Need it to be in print.  I’ll be ready to explain what they tell you.

Frank:  "Based on things I've been seeing, and what WS said, they are on an accelerated pace to push this thing through....very shortly!"

They will be one to one in country when they reinstate their currency.

The POS with MasterCard and Visa’s is HUGE!  This POS is crucial to the bankers and investors. Iraq with PM Abadi made promises at the Kuwait Conference.  Outside investors are still waiting to come in since that conference.

Commercial and business accounts are the sources of how a bank makes money.  Because of the POS the banking system of Iraq has changed dramatically.

Mom and Pop stores and the supermarkets are like banks in Iraq.  Local businesses, supermarkets linked up, connected to CBI of Iraq.  Creates multiple facets of the POS (point of sale). . .  The POS is talking clearly about a price change in Iraq. . . The cost of goods in Iraq is about to change because of the POS. . .

Their purchasing power has increased due to the POS . . . this is not a revalue.  This is a reinstatement, a roll out within the country of Iraq. . . It’s reinstatement material.  You just cannot ignore it!

When you use your Visa/MasterCard, a POS ( point of sale) has happened.  Smaller bills given, if cash back is asked for.  Dinars only, via Iraqi Banks ATM'S!!  This is in print.

THIS POS IS TALKING ABOUT A RATE CHANGE IN IRAQ!!!

The CBI and her BB’s are now set up for the reinstatement.  (BB’s – Mom and Pop stores, ATM’s are baby banks.) . . .The BB’s are setup to be the most basic banks in Iraq. . . A place where citizens can get their currency in the lowest denomination.

This action ends the auctions, the corruption.  This puts the reinstatement on a real fast track.  The banks will make a huge profit in the commercial departments of their banks.  Their profit potential just skyrocketed.

With every swipe of a Visa or MC in Iraq the banks will make a profit.  Every time this happens it kills the black market and pumps their economy.

They have killed the usage of the USD.  Choking out the corruption in the local and black markets of Iraq . . .for a Re-In statement in Iraq, in country, not an RV right now.  An RI.  It is the difference between Iraq and Viet Nam.  (Viet Nam can change rate, but not a re-instatement.)

FRANK:  Deep in my heart, I really think we are there.  They are about to take the first step in the RI.  IOO the CBI, the banks are on the cusp to do it NOW!

Want to thank Donald Trump for what he’s doing.  Causing the rest of the world to treat us fairly.  We have a military structure, Army, Navy, US Air Force.  Pres. Trump announced today he was going to have a space force.

We are going back to the Moon and to Mars.  We’re going back and for a reason.  This means jobs and important for the psyche of the US.

Talon777
Getting It Investor

I agree with azareus...Frank calls RV daily and been doing it for years. I would not be surprised if he is not all the other pumpers on the same site with all of his "inside intel"
noced71 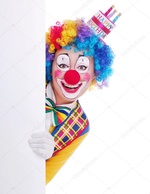 i agree, hes been doing this for years... at first glance, yes it will get you excited, but you have to realize he takes small facts and provides very very Large opinions and points to next week or "soon".
I just choose to stay grounded...if you don't you will find yourself disappointed with his opines. And will be disappointed every Sun/Mon when the CBI does not change the rate.

» Iraqi Finance: Exempting and reducing taxes on some industrial materials

» Al-Mashhadani visits the areas of Ayman Mosul: Services are non-existent and there is no infrastruct

» Iraq: The arrest of a number of Iranians who committed this violation

» A local official in Nineveh: Rabia border crossing has been rehabilitated..it depends on this matter

» Parliamentary Finance: Investment projects will stop until the 2022 budget is passed

» WHY ARE DIVORCE RATES INCREASING IN IRAQ? PARLIAMENTARY WOMEN RESPOND

» AFTER 3 YEARS..OIL ANNOUNCES THE LAUNCH OF A GAS INVESTMENT PROJECT IN NASIRIYAH

» OPEC AGREES TO HOLD ITS 60TH FOUNDING CONFERENCE IN IRAQ

» Middle East Eye report: The United States will deploy about 2,000 troops for nine months in Iraq

» Iraq plans to solve the housing crisis by reducing births.. A plan for family planning in 2022

» Continuous violations of Iraq's sovereignty... the Turkish incursion is expanding and silence is the

» Saw the failure of the Presidency to attend! Parliament fails to hold a final session before the ele

» The President of the Republic arrives in New York

» Parliament launches the first initiative to involve unions in decision-making

» Parliamentary Legal: There are fears of electoral fraud, and the Commission’s procedures are insuffi

» Foreign Ministry: The Ministerial Committee of the Baghdad Conference will hold a meeting in New Yor

» The international coalition determines its next role in Iraq

» OPEC agrees to hold its founding conference in Iraq next year

» Over the past month, Iraq is the third largest oil exporter to China

Yesterday at 8:09 am by Diamond

Yesterday at 8:07 am by Diamond

» Cougar to IQ: An effective step through which the international community can help Iraq recover its

»  Parliamentary Finance: The 2022 draft budget is incomplete and will arrive with the election date

» PARLIAMENT POSTPONES ITS SESSION TO ANOTHER SLOGAN

» “THE LEGITIMATE ALTERNATIVE” .. TRADE ANNOUNCES THE PREPARATION OF SEVEN ITEMS FROM THE FOOD BASKET

» AL-RAFIDAIN BEGINS DISTRIBUTING EMPLOYEE SALARIES FOR THE MONTH OF SEPTEMBER

» Federal Service: Only 20% of the ministries provided information on their functional structures

» Parliamentary Finance reveals new developments regarding the price of the dollar, in addition to emp

» Including Iraq.. A global oil company is looking forward to huge investments by 2026 in several coun

» Jordan announces measures to increase its exports to Iraq

» Parliament session postponed by one hour

» Al-Najaf Al-Ashraf, the official working hours are suspended for 5 days

» Parliamentary source: There are no indications that the parliament session will be held today, or ev

» Sumo is considering including Basra crude in the international price list

» The new building of the Central Bank of Iraq .. What do you know about it? Watch it from the air (vi

» Parliamentary Committee: The 2022 budget exceeds 100 billion dinars.. 60% has been spent from the cu

» Iraq reveals the recovery of $38 million "smuggled" from three countries

» The stability of the dollar exchange rates in Baghdad

» Jamal Al-Muhammadawi: Our efforts have been crowned with success to eliminate confusion in the educa

» Deputy: Political forces have aborted the “Slums Law” for more than 10 years