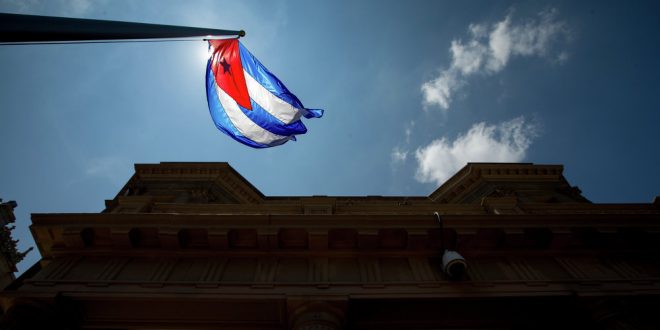 Cuban officials announced at the weekend that Cuba's new draft constitution kept the Communist Party as the country's main political force but stated that the goal was to build socialism rather than communism, reflecting the changing times.
Cuba has begun to change its Soviet-era constitution with a new constitution that reflects and implements political and economic changes aimed at making its socialist system based on a single party viable.
Homero Acosta, secretary of the State Council of Deputies, said the constitution would recognize, for example, private property, something that the Communist Party has long described as a remnant of capitalism.
This should give greater legal recognition to small businesses that have flourished in the wake of market reforms.
The draft constitution also seems to strengthen political institutions and create a more collective structure for leadership after the rule of late revolutionary leader Fidel Castro and his younger brother Raul Castro, who has been around for 60 years.
Castro handed over the presidency in April to Miguel Diaz Canel, although he retained the chairmanship of the Communist Party until 2021. Castro also chairs the Constitutional Amendment Committee.
Acosta said that under the new constitution, the president would not become president of the State Council and the Council of Ministers.Instead, the Constitution establishes the post of Prime Minister and appoints the President of the National Assembly as President of the Council of State, the highest executive authority in Cuba. The draft also specifies the age of the president and the terms of the presidential term, stipulating that he must be under 60 years of age when he takes office for the first time and that the term of the presidency does not exceed two consecutive periods of five years each.
The draft deleted a paragraph in the current Constitution stating that the aim was to build a "communist society".
Instead, it simply talks about building a socialist system, reflecting the fact that Cuba entered a different era after the fall of the Soviet Union, according to National Assembly President Esteban Lasso.
http://www.aljournal.com/%D9%83%D9%88%D8%A8%D8%A7-%D8%AA%D9%83%D8%B4%D9%81-%D8%B9%D9%86-%D8%AC%D9%88%D9%87%D8%B1-%D8%AF%D8%B3%D8%AA%D9%88%D8%B1%D9%87%D8%A7-%D8%A7%D9%84%D8%AC%D8%AF%D9%8A%D8%AF/

» Cuba to Citizens: Have More Sex...
» Obama’s Trip to Cuba
» Zebari reveals the requirement of Imam Sistani in the Constitution .. And shocking words from Bremer
» Infallible reveals an important opinion of Imam al-Sistani Constitution and required of Abdul Mahdi
» Cuba to US: We don’t want your food