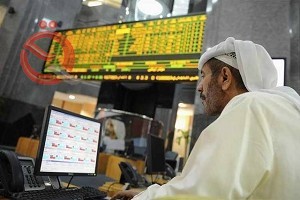 The central banks have been moving in emerging markets since the beginning of this year, and monetary policy makers are all the tools available to calm the markets as a result of tightening monetary policy in a number of advanced economies .
These actions are unusual in emerging markets that have been relatively calm in recent years, but the change in the global financial policy map, especially in major economies, coupled with violent market turbulence has triggered such action .
Since the end of last year, the Bank of England has begun its first monetary tightening and interest rate hike and made a similar decision last month, along with monetary tightening initiated by the Fed since the end of 2016 and its ongoing implementation so far .
The European Central Bank is on the verge of completing the bond purchase, which is due to end by the end of this year .
At the level of the emerging markets themselves, the economic conditions there have been a major factor in the move of central banks in line with the state of the economy within each country .
A number of emerging economies are suffering from a sharp acceleration in inflation, a sharp depreciation of the currency, a rapid increase in bond yields, capital flight and a decline in the outlook for the economy .
All this was an essential mixture that pushed central banks in these markets to be the focus of economic events this year .
Of the 25 countries in the MSCI Emerging Markets Index, including Brazil, Mexico, Russia, Egypt, Qatar, China, India and Pakistan, it is enough to refer to simple models that illustrate the state of mobility that dominates central banks .
India seeks to stop currency bleeding
Although the rate of interest rate increases in India is not large compared to other countries such as Indonesia and Argentina, but this year saw the first increase since 2014 .
India's interest rate now stands at 6.50 percent after the last increase in August, which was preceded by another increase in June .
India is suffering from several problems, notably the sharp decline in the value of the domestic currency, which has the lowest level in history, along with the increase in inflation, which reached a high level in 4 years .
India's bond market has also seen a $ 6 billion draw since the beginning of this year, along with the global rise in oil prices .
However, the Indian finance minister said in his latest comments that any intervention by the central bank would do little to stabilize the declining rupee "because its decline is the result of global reasons."
Argentina is looking for economic reform
The reasons for the Indian Central Bank's move to tighten monetary tightening with Argentina, which raised interest rates four times this year to 45 percent, are similar .
Argentina has its own economic problems, most notably the devaluation of the currency to lose about half of its value since the beginning of the year, which eventually required a $ 50 billion IMF loan .
With the peso falling, inflation rising and interest rates rising without a real result, the head of Argentina's central bank resigned in June and a number of senior bank officials stepped down .
The bank also declared itself a problem-solving agency, not a consultant, as well as a 5% increase in reserve requirements at banks. Argentinian banks are now required to keep 20% of their deposits in reserves .
Indonesia raises interest 4 times
In just three months the central bank in Indonesia made three decisions to increase interest until the basic interest rate of 7-day repo reached 5.5 %.
Indonesia faces a crisis in the local currency bond market, where demand has fallen and yields have risen sharply and the country's local currency "Rupiah" is falling sharply .
This month, the Indonesian Central Bank also started to implement the overnight rate, in order to enhance the reliability of reference rates .
Turkey is dealing with monetary policy
Despite the Turkish president's opposition to monetary tightening, the repo rate for a week now stands at 17.75%. Turkey is suffering from a sharp currency collapse with losses of more than 40% against the dollar since the beginning of the year .
The central bank is trying to adopt a different approach to the interest rate increase again, allowing some debts related to export services and foreign exchange income to be paid at the fixed pound rate.
This month, the Bank announced the reduction of the maximum limit on foreign exchange facility "Forex" under the reserve options mechanism by 5% to 40 %.
Brazil cuts interest to record low
Unlike other central banks, Brazil has cut interest rates to a record low of 6.5%, the lowest level ever .
Brazil's efforts come with a sharp drop in inflation and a drop in the country's local currency amid efforts to support the country's slowing economic growth .
Brazil's central bank decided on August 1 to set interest rates unchanged at its current low level .
Russia monitors world conditions
Two decisions to reduce the interest rate is what Russia took in this year until the basic interest rate reached 7.2%, after 6 times the reduction in 2017 .
Russia remains skeptical about inflation expectations, the external economic situation and fiscal procedures .
Therefore, at its last meeting last month, the Russian central bank kept the interest rate for the third time in a row.
http://economy-news.net/content.php?id=13351