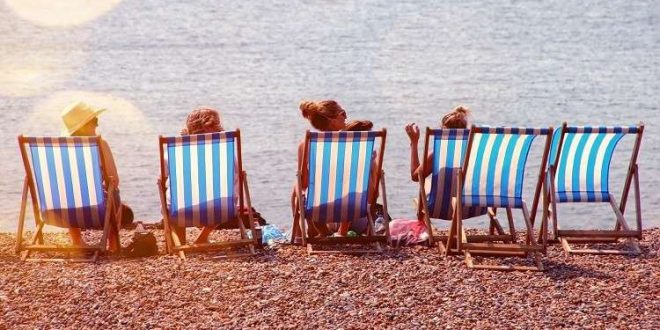 Scientists in the United States have confirmed that "fast" creatures in the race for evolution are not the best, and that "lazy" creatures are the winners in this race.
"We compared the metabolic rate of modern mollusks and their predators, which were extinct 5 million years ago. We found that the extinct molluscs were relatively faster in the metabolic processes than the metabolisms of modern molluscs now," said one of the authors of the research, Luke Stroetz of the University of Kansas.
An article by biologists, in the Proceedings of the Royal Society, suggests that the evolution of all multicellular organisms is subject to natural and sexual selection.
Based on the first factor, the one who survives is more able to adapt to a changing environment.The second factor is subject to a qualitative internal competition. Here, the most glamorous and private individuals win because of the appearance of features that do not really help in the process of survival, such as the beautiful tails of the peacocks and the customs of tails and others.
So scientists wondered whether metabolism could affect the rate of evolution, and experimented with the shells of hundreds of species of mollusks living now, which lived for 5 million years on the shores of the Atlantic Ocean.
It turned out that the "active lifestyle" negatively affects the average age of these creatures. The faster the metabolism, the shorter the evolutionary life.
http://www.aljournal.com/%D8%A7%D9%84%D8%B9%D9%84%D9%85%D8%A7%D8%A1-%D9%8A%D9%83%D8%AA%D8%B4%D9%81%D9%88%D9%86-%D9%81%D9%88%D8%A7%D8%A6%D8%AF-%D8%A7%D9%84%D9%83%D8%B3%D9%84/

Today at 9:30 am by wciappetta