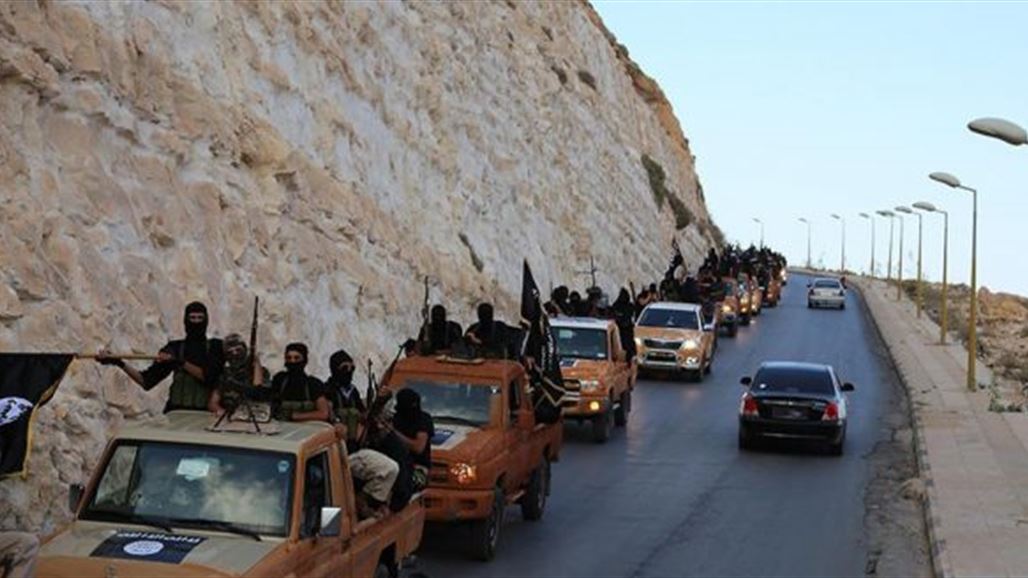 The terrorist attack on the gate of "Ka'am" in Libya last Thursday, a new stage of the organization "calling" the terrorist inside Libya, after the letter Baghdadi, according to recent experts.

The Egyptian researcher on the affairs of Islamic groups Sameh Eid revealed that Baghdadi's recent message indicates that he is still alive, "if the voice is already heard," and that the coming period may witness major operations around the world, "Individual wolves" called by al-Baghdadi
He added that field leaders are still operating in an undisclosed manner in various Arab and European countries.

also said Libyan political analyst Mahmoud Misrati, said that " the process that took place in Libya can be considered as a response to the call of al - Baghdadi , Amir of the terrorist organization , " he said, adding that it "came individually to confirm the organization to follow the strategy of individual wolves."

The numbers of the organization

said that " the number of members of the organization are not the numbers referred to in the thousands, but a few numbers are distributed in the paths of desert and some sleeper cells in Sirte and tuber and Tripoli and some other areas, and they no longer have the ability to come back again as they were in the past, and they Seeking individual operations from time to time in different parts of Libya. "

According to the Islamic thinker Najah Ibrahim, terrorist groups rely on this mechanism after receiving defeats, where the elements carry out individual operations on their own without arrangement with the leadership of the organization in the state or outside.

Ibrahim stressed that this mechanism is not limited to Libya, but is implemented in many countries where it is difficult to be public. "The balance of victory or defeat in the Mujahideen is not dependent on a city or a town that has been robbed, and it is not subject to the ownership of its owners,

" Abu Bakr al-Baghdadi , the leader of Daqash , wrote in his first speech about a year ago. Air superiority, intercontinental missiles or smart bombs. "

According to Libyan field sources, there are many elements of "individual wolves" are located in the regions of the five and Zaltin and South Sirte and MisurataTripoli, and some sleeper cells are located in the city of Derna, especially in light of the sources confirmed several times in the past that the gunmen managed to escape before being surrounded, and are seeking to restore activities in other parts of the country, as well as retaliatory operations, both security forces or public services .

The attack, which took place last Thursday, killed four security men at the gate and wounded about 10 others, all transferred to the hospital Zlitan educational.