The dollar is falling as business developments await

The dollar is falling as business developments await 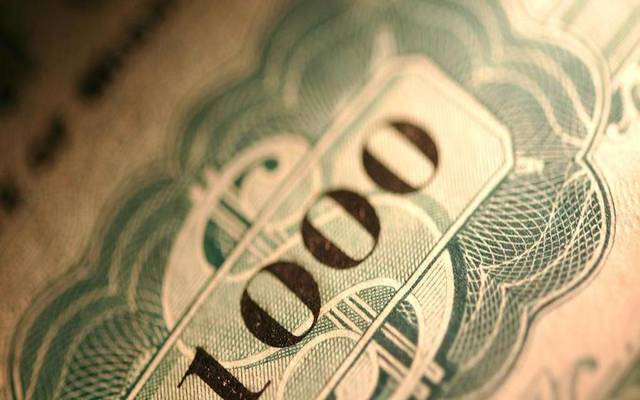 11 September 2018 11:13 p
Direct : The US dollar fell against major currencies during trading on Tuesday, awaited developments in trade crisis between China and the United States and with the political and economic developments in Europe.
By 7:50 am GMT, the dollar was down 0.3 percent at $ 1.1632, while the yen gained 0.4 percent to 111.53 yen.
The euro rose as Italy's economy minister said this week that he expected bond yields to fall as the government began implementing its policies to revive the economy with prudent financial measures.
The 10-year Italian Treasury yields fell to a six-week low after suffering a sharp rise last year due to the country's budget for next year.
Last week, the country's finance minister announced that his country's financial budget would help "cool down the nerves of investors" when they are unveiled in the coming weeks.
The greenback fell against the British pound at $ 1.3067, down 0.3%, and fell 0.1% against the Swiss franc at 0.9738 francs.
Michel Barnier, EU negotiator for the BRIC, said yesterday that an agreement on the UK's exit from EU membership would be reached within six to eight weeks.
The main dollar index, which measures the performance of the currency against 6 major currencies, fell by 0.2% to 94.936.
Global trade tensions are continuing with no solution between the United States and China, and continuing threats by US President Donald Trump to apply more tariffs.

» Report: Iraq is among the top 10 countries in the world in oil pipeline capacity

» Analysis: More than half of all Bitcoin trades are fake

» Saleh: Iraq looks forward to the support of the international community in the field of strengthenin

» An alliance to support the Sudanese and form a new government.. The framework sets the date for its

» Muhammad Al-Halbousi.. What after announcing his resignation from the presidency of the Iraqi parlia

» What is the fate of the deposed presidents' frozen funds in the West?

» An American report: Fears of new clashes between the parties to the Iraqi crisis

» Advanced completion rates for a vital project in Anbar

» Oil official: We are close to achieving a surplus in gasoline and exporting it abroad

» In the absence of the presidency of the parliament .. Is it possible to elect the President of the R

» Al-Sudani: I will attend the parliament session tomorrow and will not vote on Al-Halbousi's resignat

» Al-Araji: International pressure must be maintained to prevent the return of ISIS

» Central Bank Governor: Our initiatives contributed to providing many job opportunities for different

» Al-Shatti: Iraq lives in a turbulent regional environment, and an integrated security system must be

» An independent deputy comments on today's session: Its problems are great... We will not be a party

» Al-Kazemi's advisor: The housing policy is geared to provide low-cost housing for citizens

» The Ministry of Planning: a vision to absorb graduates in partnership with the private sector

» Head of the National Security Apparatus: There is cooperation with the security services in the Kurd

» Oil prices are falling back in global markets

» Global gold prices are back down