Washington is considering issuing "possible" exemptions from sanctions on Iran

Washington is considering issuing "possible" exemptions from sanctions on Iran 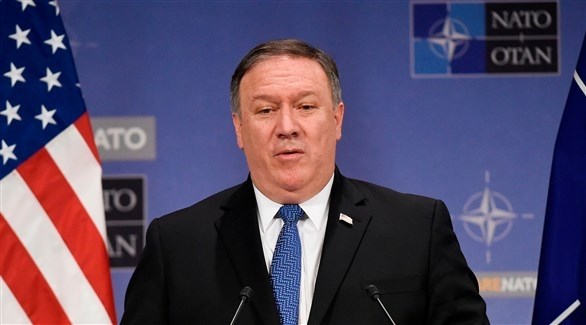 Baghdad - Journal News
US Secretary of State Mike Pompeo said on Friday that the United States is still considering the possibility of issuing sanctions on Iran and any country or company it continues to deal with after November 4.
"There are still a number of outstanding decisions that we must take before the November 4 deadline for exemptions," he told a news conference.
In response to a question, he said he did not know whether the sanctions would affect officials of the international Swift system for remittances if they continued to deal with Iran, a subject for which the US administration is divided, according to US media reports.
Trump announced on May 8 that his country would withdraw from the nuclear deal signed with Iran in 2015 to prevent it from acquiring the atomic bomb, saying it was too lenient about the Islamic Republic.
And re-imposed all US sanctions lifted from the country under the agreement, including sanctions on foreign companies and countries that continue to deal with Tehran.
These countries and companies therefore have to choose between their investments in Iran and their access to the US market. Washington gave it until November 4 to withdraw from the Iranian market, before the last sanctions on financial transfers and oil came into effect.
"After 4 November, there will be very different rules for anyone who believes it is necessary to deal with the Islamic Republic of Iran. It is a very important day," Pompeo said. "Many countries have begun to disengage from the economy. With Iran now.
http://www.aljournal.com/%D9%88%D8%A7%D8%B4%D9%86%D8%B7%D9%86-%D8%AA%D8%AF%D8%B1%D8%B3-%D8%A5%D8%B5%D8%AF%D8%A7%D8%B1-%D8%A5%D8%B9%D9%81%D8%A7%D8%A1%D8%A7%D8%AA-%D9%85%D8%AD%D8%AA%D9%85%D9%84%D8%A9-%D9%85%D9%86-%D8%A7/
rocky

The US administration confirmed that it is still considering the possibility of issuing exemptions from sanctions on Iran and any country or company that continues to deal with them after November 4.
US Secretary of State Mike Pompeo said Washington was considering the possibility of issuing some exemptions from sanctions on Iran, but at the same time it remained at the heart of the firm administration of President Donald Trump over Tehran.
"There are still a number of outstanding decisions that we must take before the November 4 deadline on exemptions, possible exemptions," he told a news conference.
He said in response to a question he did not know whether the sanctions would be imposed on officials of the system, "Swift" international remittances if they continue to deal with Iran, a subject divided by the US administration, according to US media reports. Finished