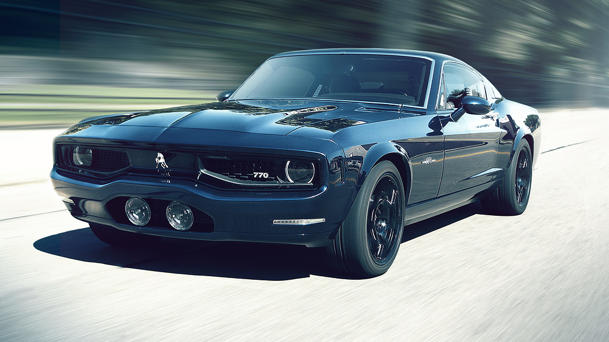 It's easy to be dubious when an unknown car company claims it's built a 640 hp, 21st-century muscle car from scratch out of a small plant in the suburbs of Detroit. Then, despite no evidence of reality bar a fancy video with more Hollywood effects than a James Cameron flick, goes on to announce it's received orders overseas where buyers are willing to spend $250,000 sight unseen. I was suspicious.

The Equus Bass770 resembles the American dream; a glorious fastback muscle car evoking memories of the 1960s and '70s, yet with all the modern luxuries and technologies today's wealthy expects. It's perhaps the most beautiful, evocative muscle car in decades. And yet, despite alarm bells ringing louder than Thor, the car pictured above is actually real. I've seen it with my own two eyes.

Better still, at the Detroit auto show, I've seen not one, but three Bass770s — one in red; one in white; one in blue. 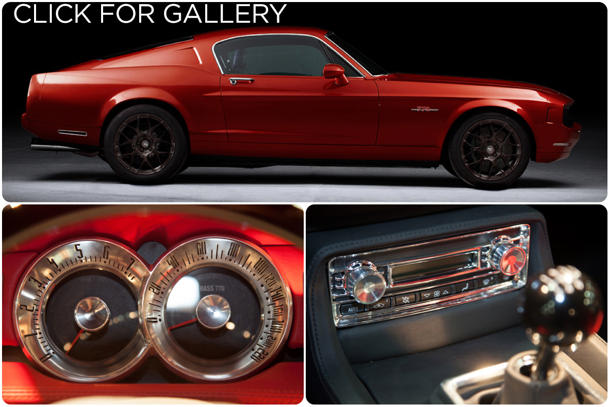 Equus, based in Rochester Hills, Mich., began working on the Bass770 six years ago. Its aim was to create the ultimate dream car; one that's undeniably unique and unequivocally American. When small builders attempt to realize their lofty ambitions, inevitably it becomes a mismatch of leftovers from various scrap yards. Equus, however, created its frame from scratch out of superformed aluminum lined with carbon-fiber inner panels. This helps the Bass770 tip the scales at just 3,640 lbs. — 480 lbs. lighter than a Camaro ZL1.

Ditching the '60s muscle car stigma of atrocious brakes, Equus opts for carbon ceramic matrix rotors by Brembo. GM's magnetic ride suspension comes equipped, too, promising a driving experience as smooth as Frank Sinatra. The engine, a 6.2-liter supercharged V-8 featuring 640 hp and 605 lb.-ft. of torque, is the LS9 from a Corvette ZR1, capable of dashing to 60 mph in 3.4 seconds and reaching a top speed of 200 mph, while routing said performance to the rear wheels via a six-speed, dual clutch manual transmission. 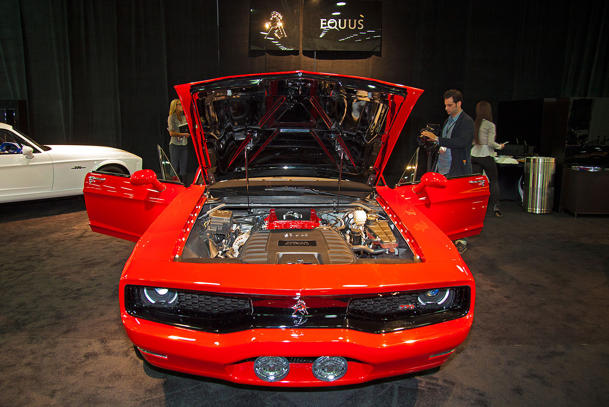 It's a stunning work of retro-flavored modern engineering, and in the metal, it looks as beautiful as depicted in the video below. Every edge is perfectly finished; the interior is wrapped in more leather than Catwoman, and for an extra $50,000 or so, Equus will grant you a bespoke Bass770 — just in case your neighbor on Palm Islands has one too. According to Equus, opting for this allows you to select things like "unlimited" power, body enhancements and rare materials.

Equus claims to have already pre-sold 20 cars to buyers in China and the Far East, even though it's yet to begin actual production. In two weeks, when licensing gets finalized, it plans to open the doors to U.S. customers, with an aim to sell an ambitious 100 Bass770s per year. Many ambitious start-up automakers never make their sales goals, but a few have found a path to survival. We'll see how many $250,000 Equus Bass770s show up the Detroit show next year.