The wealth of the President of Mexico .. 23 thousand dollars

The wealth of the President of Mexico .. 23 thousand dollars 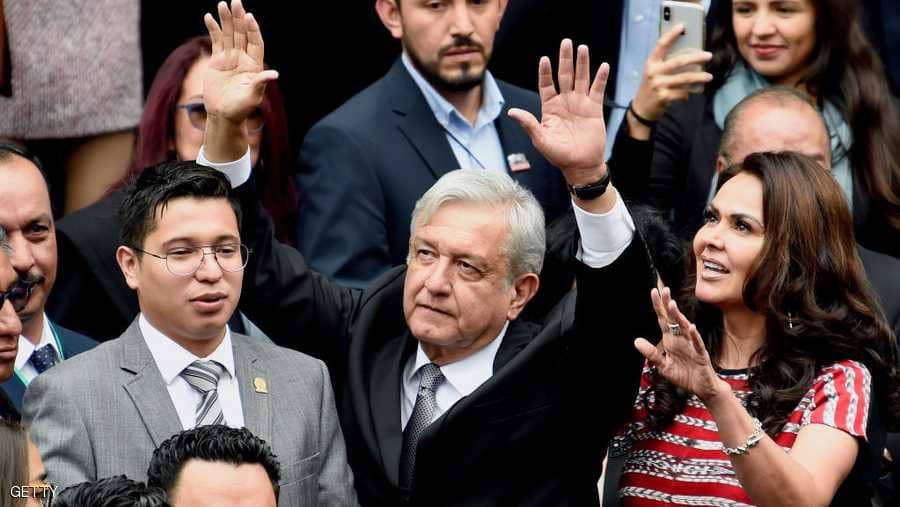 Mtabah- balances News
Despite the annihilation of most of his youth in the work of the political system , where he was seen to work in the government sector as a way to improve, the Mexican President Andres Manuel Lopez Obrador does not have the money less than 23 thousand dollars, and these funds are not only savings , according to The financial disclosure since taking office on December 1.
"I was never interested in money," left-wing President Andres Manuel Lopez Obrador, 65, told reporters. His wife had achieved more than a little and had an apartment in Mexico City where they lived. "I was struggling for principles and ideas," he said. Values ​​".
Obrador said at the news conference on Friday that the farm he inherited from his father in the southern province of Chiapas, an area of ​​1.2 hectares registered with the names of his four children, according to the newspaper "Guardian" British.
Obrador, nicknamed the "Amelo", has pledged to be prudent and manageable without waste, and to cut his salary by $ 65,000 a year, half the amount of what the former president did.
On the fortune of his wife, Beatrice Gutierrez Müller, the financial statement showed that she had only $ 72,000 in his account. He said he did not have a credit card and did not have a deposit in any bank.
During the press conference, Amelo took out two US dollars from his purse that was given to him as a lucky charm by a Mexican man living in the United States. He also took out 200 Mexican pesos, which he said was all in his pocket.
President Amelou's method of austerity with other Mexican politicians is contradicted, and the administration of former President Enrique Pena Nieto has been silenced by corruption scandals.
Amelo's allies in the Mexican Congress have followed suit in fiscal cuts by approving a bill that would prohibit government workers from winning more than the president. But the Supreme Court, where judges receive a monthly salary of more than $ 12,000 a month, plus other allowances, The decision was rejected.
President Amlu also pledged to sell the presidential plane and travel by commercial aircraft and the Volkswagen Jetta.
After the swearing-in, the new Mexican president said he would not live in the lavish presidential palace, describing him as "grand," and ordered him to be transformed into a cultural center and open to the public.
Indeed, dozens of citizens were seen lining up at the gates of the Los Pinos Presidential Palace in the capital, Mexico City, to see his possessions and roam in the alleys, and take photographs.
As he pledged, to bring about a "radical change" in his country, especially with regard to the extravagance of the political class.