A US trade delegation in Beijing will conclude meetings with Chinese officials and return to the United States later on Wednesday after "a few good days," a US official said.
Asian stock markets jumped after the talks extended to a third unplanned day, fueling optimism that the world's two largest economies could reach a trade deal to avoid a global confrontation that could seriously disrupt the global economy.
Ted McKinney, US Deputy Secretary of Agriculture for Trade and External Agricultural Relations, made the remarks to reporters at the hotel where the delegation is staying.
"I think it went well, it was good for us," McKinney said. He gave no details.
The meetings this week were the first direct talks since US President Donald Trump and his Chinese counterpart Xi Jinping agreed in December to a 90-day truce in a trade war that triggered a shake-up in global financial markets.
The negotiations, originally scheduled for Monday and Tuesday, were extended for an additional day, with signs of progress on issues including the purchase of agricultural and energy goods from the United States and the opening up of Chinese markets.
But sources familiar with the talks told Reuters on Tuesday that the two sides disagreed on China's structural reforms demanded by Trump's administration to stop charges of theft and forced transfer of US technology and how Beijing would honor its commitments.
Trump said that if no agreement was reached by March 2, he would push forward customs duties to 25 percent from 10 percent of China's $ 200 billion in imports as China's economy slows sharply. China, for its part, charges counter-charges in response to US fees.
But with the conclusion of the meetings in Beijing on Tuesday night, Trump chirped, "The talks with China are going very well."
The US team is headed by US Deputy Trade Representative Jeffrey Gereish, and includes the deputy ministers of agriculture, trade, energy, treasury and senior White House officials.
Wang Xu-wen, vice minister of commerce of China, is leading the vice-ministerial talks as his country's representative, but Liu He, deputy prime minister and chief economic adviser to the president, attended a meeting on Monday.
http://economy-news.net/content.php?id=15011
rocky 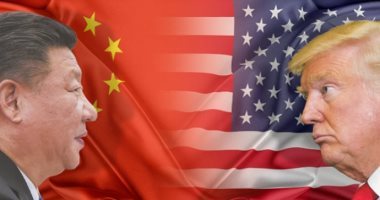 Follow - up - the balance of News , a
US official said the US trade delegation in Beijing , "concludes" meetings with Chinese officials and will return to the United States later on Wednesday , after " a few good days."
Asian stock markets jumped after the talks extended to a third unplanned day, fueling optimism that the world's two largest economies could reach a trade deal to avoid a global confrontation that could seriously disrupt the global economy.
Ted McKinney, US Deputy Secretary of Agriculture for Trade and External Agricultural Relations, made the remarks to reporters at the hotel where the delegation is staying.
"I think it went well, it was good for us," McKinney said. He did not give details

Yesterday at 9:58 pm by Proven

Yesterday at 4:58 pm by azareus

Yesterday at 4:41 pm by Diamond

Yesterday at 8:32 am by Proven

Yesterday at 6:12 am by Screwball

Yesterday at 4:38 am by chouchou