an American general warns of declaring victory over a preacher

an American general warns of declaring victory over a preacher


The commander of US special forces, General Raymond Thomas, warned of the declaration of "victory" over the organization of Dahesh, who is still defending his last pockets in Syria.
When he announced in December 2018 that he would withdraw 2,000 US troops from Syria, most of them special forces, US President Donald Trump said Washington had "won" the war.
During a hearing before the Senate Armed Services Committee, General Thomas' senator asked what victory was in Syria. "I do not make it easy to use a victory phrase instead of a goal," he said.
"The goal is to reduce the threat in that region," he said. "We are about to reduce this threat ... and to identify the capabilities that must remain in place within the region to ensure this goal."
Since Trump's statement, US officials have been keen to downplay the importance of declaring the final victory over a preacher, pointing out that the terrorist organization will remain a threat even after losing control it announced in 2014.
The general also confirmed that he was not confident in assessing the situation in Syria. "It is one of the most complex challenges our forces have faced for some time," he said.
As for Syrian-backed Syrian Kurds and the question of weakening them to Turkey after the upcoming US withdrawal, the general said, "We are considering solutions to maintain contact with them and a certain level of support."

US general warns of the declaration of "victory" on a preacher

US general warns of the declaration of "victory" on a preacher 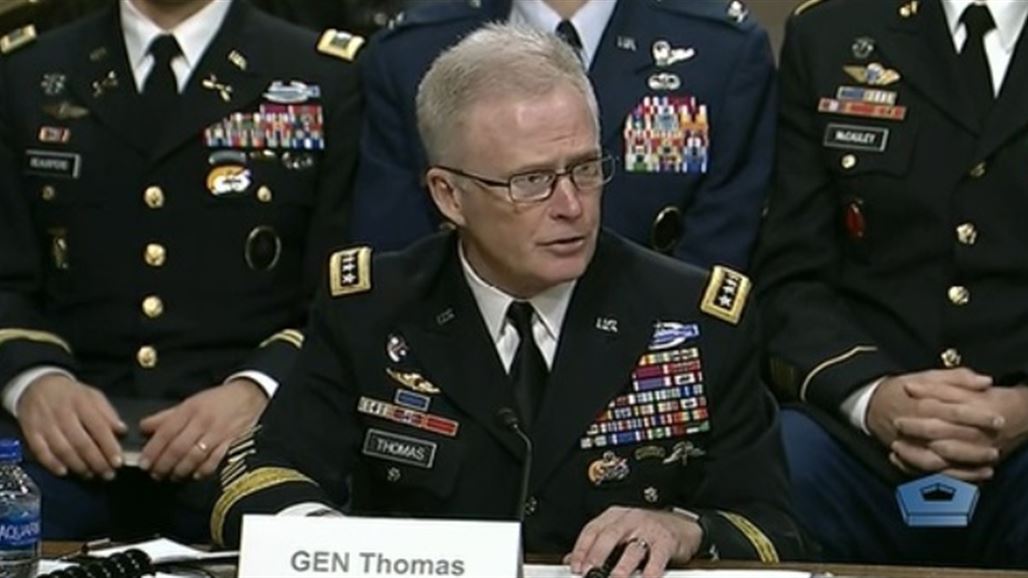 US special forces commander Raymond Thomas has warned of the "victory" of a pro-Syrian organization that still defends its last pockets in Syria .

"I do not make it easier to use a victory phrase instead of a goal," Thomas said at a hearing before the Senate Armed Services Committee on Thursday in response to a question about what victory was in Syria.

"The goal is to reduce the threat in that region ... and we are about to reduce this threat ... and to identify the capabilities that must remain in place within the region to ensure this goal."


President Donald Trump , who announced in December 2018 his intention to withdraw 2,000 US troops from Syria, most of them special forces, said Washington had "won" the war.

Since Trump's statement, US officials have been keen to downplay the importance of declaring the final victory over the militants, pointing out that the Da'ash organization will remain a threat even after losing control of the "caliphate" it announced in 2014.

As for Syrian-backed Syrian Kurdish fighters and the question of weakening them in front of Turkey after the upcoming uS withdrawal, the general said , "We are looking at solutions to keep contact (with them) a certain amount of support" for them and the level.

Yesterday at 8:11 am by chouchou

Yesterday at 8:10 am by chouchou

Yesterday at 8:09 am by chouchou

Yesterday at 8:08 am by chouchou

Yesterday at 8:07 am by chouchou

Yesterday at 4:58 am by chouchou

Yesterday at 4:57 am by chouchou

Yesterday at 4:55 am by chouchou

Yesterday at 4:54 am by chouchou

Yesterday at 4:53 am by chouchou

Yesterday at 4:52 am by chouchou

Yesterday at 4:49 am by chouchou

Yesterday at 4:48 am by chouchou

Yesterday at 4:46 am by chouchou

Yesterday at 4:42 am by chouchou