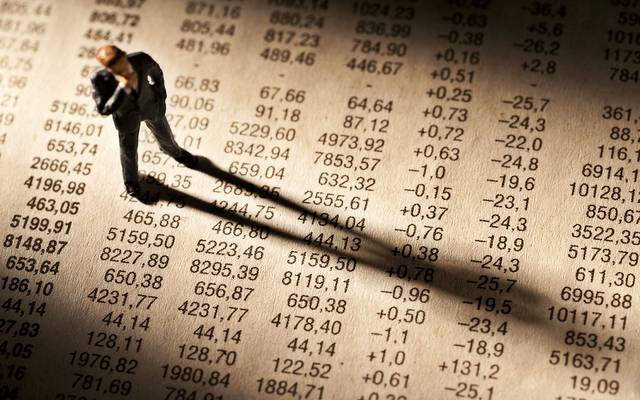 20 March 2019 02:53 PM
Mubasher: The slowdown in economic growth coupled with the conditions of excessive credit tightening pushed corporate debt to record highs in China last year, according to a recent report.
According to a report by CNBC, according to two bank figures, the default on Chinese corporate bonds issued by both the US dollar and the Chinese yuan jumped unexpectedly last year.
A report  recently published by Bloomberg  showed the same result: Chinese companies face a record number of defaults.
According to the February report by Singapore's DBS Bank, the value of the yuan-denominated debt default rose last year to 119.6 billion yuan ($ 17.8 billion), the largest 4 times the overall level 2017.
While Japan's Nomura was higher, with bond defaults at 159.6 billion yuan ($ 23.8 billion) last year.
This is almost four times the Bank of Japan's 2017 estimates.
Overseas corporate bonds or dollar denominated debt, issued by Chinese companies, follow the same trend.
Nomura said debt defaults rose to $ 7 billion in 2018 from a year earlier.
China saw an unprecedented wave of corporate bond defaults last year, a new sign of volatility in financial markets as the slowdown in economic growth deepened, according to a DBS analyst.
According to DBS, the energy sector failed to pay 46.4 billion yuan of debt in 2018, accounting for nearly 40 percent of the total yuan-denominated default, and consumer companies were the second worst-hit sectors.
The Bank of Singapore's report says the defaults are extending this year, given the shrinking risk appetite and debt maturities, with 3.5 trillion yuan worth of corporate bonds maturing in 2019.
The large share of concern about recent borrowing comes in the form of short-term bonds, according to the report.
He adds that the financing pressures faced by developers have been exacerbated by the slowdown in housing prices.