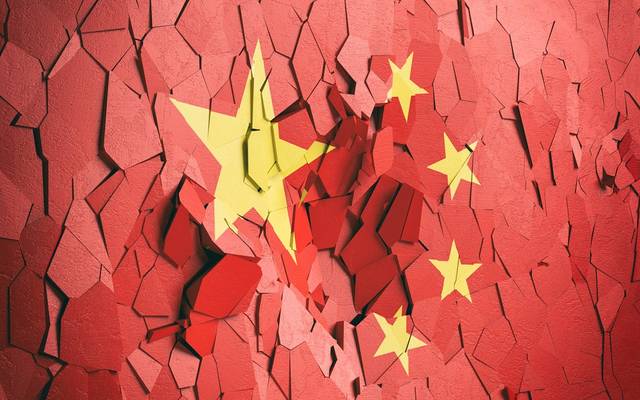 20 March 2019 01:32 PM
Editing: Sally Ismail
Direct: Concerned about China's economy, some currencies will be more vulnerable to Beijing's economic slowdown, especially those producing goods.
A report published by CNBC, quoting experts, shows that there are two currencies that are most vulnerable to China: the Australian dollar and the New Zealand dollar.
China is the largest trading partner for both countries, accounting for the largest economy in Asia with 24.9% of New Zealand's exports and about one-third of Australia's exports.
The flattening of demand from China, the world's largest iron ore consumer, is expected to affect Australia, the world's largest exporter of iron ore.
Capital Economics predicts the biggest drop in currencies in the Australian dollar and the New Zealand dollar, referring to "the two countries' exposure to China's economy, which we expect to continue to slow."
"In the case of the Australian dollar, the decline will be due to the country's dependence on iron and coal ore exports, which we believe are among the worst performing commodities this year."
The company believes weakness in both currencies will continue throughout the year, and expects additional weakness in China's economy to result in lower demand for commodities and a consequent rise in commodity prices.
Further decline in global economic growth is expected to further reduce commodity trade volumes, the research firm said.
When commodity prices fall, the amount of money paid to the country's exports will also decline, leading to a devaluation of its operation and vice versa.
Economic growth in the world's second-largest economy slowed to 6.6 percent last year, the slowest pace of growth in nearly 28 years, from 6.8 percent in 2017.
Despite the recent stimulus, worries about a slowdown in China's economic growth are expected to continue, coinciding with the country's release last week of far weaker-than-expected trade data.
Coins in danger
The Canadian dollar is another commodity-linked currency and may be under pressure as well, said Jamil Ahmed, head of the global currency strategy and market research unit at FXTM.
In a hypothetical scenario, where oil reaches a minimum on the basis of concerns about low demand from China, the currencies strategically add that the currencies linked to other commodities that are under considerable pressure, including the dollar, Canadian and even the Russian ruble.
Asian currencies, which may be vulnerable to China's economic concerns, could include the Malaysian rupee, the Indonesian rupee and the Singapore dollar, according to Ahmed.
Both the Canadian dollar and the New Zealand dollar were among the worst performer among the 10-nation currencies in 2018, driven by a sharp fall in commodity prices.
This is not surprising given the extent to which these countries rely on food, energy and mineral exports, according to Capital Economics.
The Australian dollar has also been hit hard this year by two concerns, one on the country's private economy and the other on the situation in China.
The Australian currency has been in a downward spiral since 2018, dropping from a high of $ 0.7918 in late February to around $ 0.70 a week.
The decline was further boosted by a Reuters report in February that China had imposed a ban on Australian coal imports in China's main port of Dalian.
Market speculation suggests the report may be a reflection of the political and trade tensions between Australia and China in recent times.
Last year, Australia banned two Chinese telecoms companies Huawei and ZTE from selling GE technology equipment in the country, citing national security concerns.
The weak Australian dollar appears to reflect concerns about China's economic growth and growing protectionism, according to Capital Economics.
The currency is the most vulnerable commodity-linked currency, tracking the overall trend of global risk appetite rather than its domestic economy, Ahmed said.
Only a trade agreement between the United States could save those currencies at risk, according to experts.
It is recognized that a trade agreement between China and the United States could give the Australian dollar and its New Zealand counterpart a boost. However, we believe that any further rise would be short-term and be crushed by China's economic slowdown, according to Capital Economics.
"At the level of potential catalysts that must be taken into account and what prevents the main factors to raise the potential rise in these currencies, and if the need to choose one factor would be the abolition of trade tensions between the United States and China.
"These currencies will remain subject to sudden shifts in direction as long as the political landscape in the global context remains subject to sudden changes.

» Kurdistan: Talking about Allawi's independence is incorrect and no decision regarding our participat

» A deputy is likely to amend the cabinet of Muhammad Allawi, Ministerial