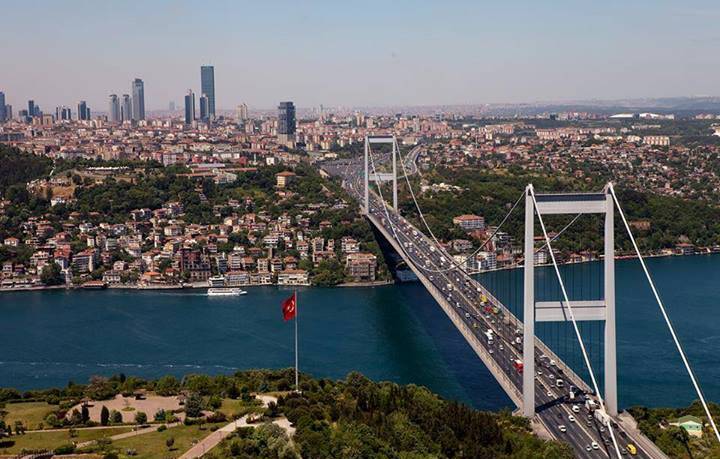 Mawazine News
A report published by the Turkish newspaper Zaman revealed that the Turkish asset markets fell during the past year to a low level, making Turkey the second largest in the world after Venezuela in the most shrinking countries.
According to a study by the International Center for International Wealth Migration, Turkish asset markets fell last year to record levels of 23 percent.
Of the 90 countries, Turkey ranked second in the world's richest countries after Venezuela, which recorded an annual decline of 25 percent. Caracas, the world's worst-hit country with 2.5 million people, leads the list of the world's worst economies at around 1 percent.
During the study Turkey ranked seventh among 20 countries in the worst performance of the asset markets between 2008 and 2018, reflecting the decline of the Turkish people's wealth between 2008 and 2018 by about 11%.
Last year, Turkey experienced one of the most severe economic downturns in its history due to the shock of the foreign exchange index against the lira in August. Last year, the stock exchange lost about 21 percent and the Turkish lira lost 39.5 percent of its value against the dollar.
The dollar hit its highest against the lira at all on August 13th, after reaching 7.2169 pounds.
Meanwhile, investors and financial markets in Turkey are awaiting the Central Bank's explanations on Thursday about $ 20 billion in foreign reserves "evaporated" from official accounts, economic analysts are making strenuous efforts to track and trace their source.
Turkish official accounts did not include a justification for an increase of up to $ 20 billion in net reserves for the year until March 29, according to eight economists polled by Bloomberg.
For more than a month, financial observers and economic analysts interested in following up on Turkish affairs have been trying to consolidate official data with internal and external financial flows, which together constitute changes in the central bank's accounts.
Since Erdogan's election as president, Turkey's economic challenges have been rising, with the Turkish market falling in August, the economy in recession, inflation rising to its highest level in 15 years, and the lira depreciating unexpectedly.

» World Bank: Iraq ranks first in the Arab world with the largest growth in GDP
» Iraq ranks 6th in the Arab world and 59th in the world in military strength
» In the latest world ranking... Baghdad is out of the list of the worst places to live in the world
» World Bank: Iraq from the world's worst in the business
» Turkey ranks Iraq among the most neighboring countries to import from