Trump warns of China delaying any trade deal after 2020

Trump warns of China delaying any trade deal after 2020 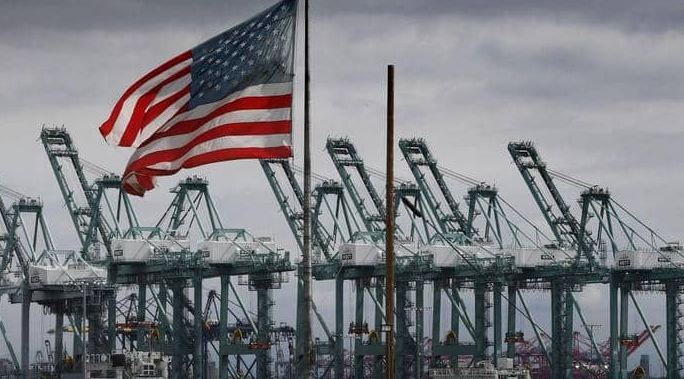 Follow - up - the balance of News
urged US President Donald Trump China to conclude a trade agreement with his country now, warning them that the situation would be "much worse" if trade negotiations continued during a possible second term.
More than $ 250 billion of Chinese imports are subject to punitive customs duties, which rose from 10 to 25 percent on Friday worth $ 200 billion worth of Chinese goods.
Trump ordered measures to impose customs duties on the rest of China's imports worth $ 300 billion.
The new tariff hike is likely to be effective only after a few months, but the waving of it allows tightening of the screws on China in tough trade negotiations.
"I think China felt that it had been hit so hard in the recent negotiations that it could wait for the next elections, in 2020, to see if it was lucky enough to win the Democratic Party - in which case it would continue to steal states," Trump wrote on Twitter. United States $ 500 billion a year. "
"The only problem is that they (the Chinese) know that I will win (the best numbers of economy and employment in US history and much more), and the agreement will become much worse for them if it has to be negotiated during my second term. They have to act now, but (waiting) I like to collect big customs duties! "
In an earlier tirade, the US president urged US industrialists to produce in the United States instead of importing Chinese goods, in order to avoid paying heavy customs duties.
"What is the easy way to avoid customs duties?" "They made and produced goods and goods in the US It's very simple!" He wrote.
The new taxes imposed by Trump are counted on American importers of Chinese goods rather than the Chinese exporter, and their value is included in their selling prices.
Thus, the American middle class finds itself in danger of paying higher prices for current consumer goods.
The lifting of tariffs, which went into effect on Friday, raises the annual cost of a US family of four to $ 677, according to Trade Partnership.
Beijing says it will not be under threat. "China will not give up in the face of pressure," said spokesman Gao Feng.
A US-China round of talks on Thursday and Friday did not lead to an agreement. The talks, which Trump described as "frank" and "constructive", are scheduled to continue indefinitely.