Final communiqué of the G-20 meeting: A pledge to reform the international tax system

Final communiqué of the G-20 meeting: A pledge to reform the international tax system

[size=36]Final communiqué of the G-20 meeting: A pledge to reform the international tax system[/size] 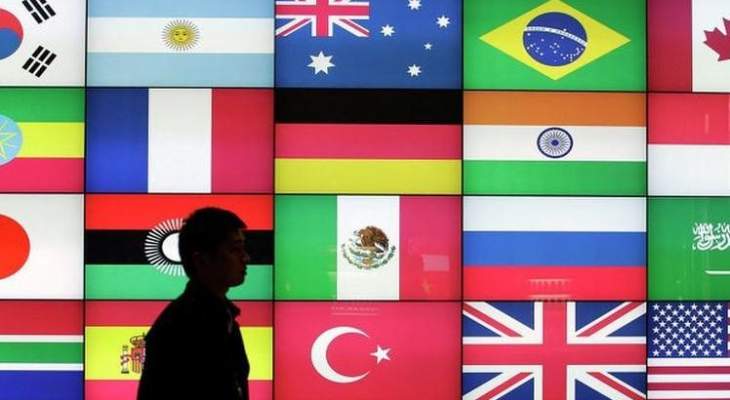 Follow - up to the balance of News
pointed finance ministers and governors Almassarvalmrkzah of the Group of Twenty at a meeting held for two days in the city of Fukuoka , Japan to the possibility of adverse economic winds blowing at the global level under the "aggravation" of trade disputes.
They vowed to step up efforts to reform the international tax system to include Internet giants, while debating the impact of an aging economy on the global economy.
The five main points in their joint statement are:
- The world economy - The
G-20 countries reported that global growth "seems to be stabilizing" and is expected to "recover moderately later this year and early 2020".
"It remains weak and risks of deterioration continue to exist, and more importantly, trade and geopolitical differences have intensified."
"We will continue to deal with these risks and we are ready to take further steps," said the participating countries.
"International trade and investment are important drivers of growth, production, innovation, job creation and development," the ministers stressed.
- The imbalances of accounts globally -
the statement pointed out that the imbalances of current accounts globally "shrunk" since the financial crisis of 2008, but "still large and continuous."

For the first time, the G-20 addressed the issue of aging as a threat to economic growth.
The two largest economic powers in the world "should encourage women and the elderly especially to participate in the labor market and encourage friendly industries for the elderly," the statement said.
He called on the participants to "design a fair and supportive growth tax system to better respond to the challenges posed by aging."
In addition, the Ministers were asked during the meeting to consider "assisting financial institutions in making any necessary adjustments to their business models and services".
- Digital Tax - The
Ministers pledged to cooperate to achieve a "fair, global, sustainable and modern international tax system" and "welcomed international cooperation for the introduction of fiscal policies supportive of growth".
In response to "tax challenges arising from the digital system" and in discussions on a global tax system for Internet giants such as Google and Facebook, the ministers pledged to make more "efforts to find a solution based on compatibility with the issuance of a final report By 2020 ".
- Encrypted currency -
The G20 statement said that technological innovations like the encrypted currency "can bring great benefits to the financial system and the broader economy."
"While encoded assets do not pose a threat to global financial stability at this stage, we remain vigilant about the risks," the ministers added.
Ended