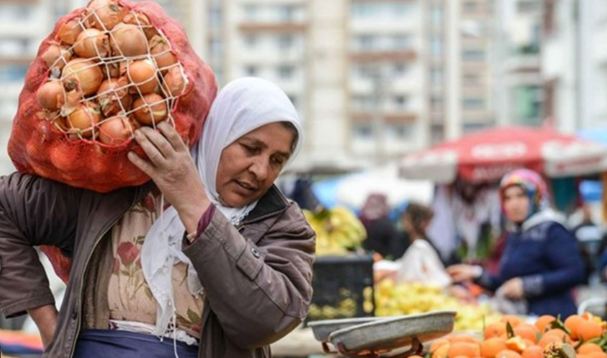 -
Turkish President Recep Tayyip Erdoğan risks pushing his country towards an economic collapse similar to that in some Latin American countries under populist regimes, a global investment management group has revealed.
Ashmore, the London-based Ashmore Group, said that although the Turkish economy is more diversified than its oil-dependent Venezuelan counterpart, Turkey is currently on a path towards " the damage".
According to Jean Dehn, head of research at Ashmore, Turkey will take a number of actions targeting the private sector, especially with the deterioration of the "macroeconomic" environment.
"The problem is that even if Erdogan wants to go back now, the cost of policy will be very high, and the longer the change, the greater the cost."
"This is so rare as politicians who go wrong on their positions retreat and end up in a big bind."
Dhan's comment came after Erdogan shook financial markets in the country by dismissing the central bank governor as early as Saturday, without explaining the reasons.
Following the decision, the Turkish lira depreciated against the dollar, and Turkish government bonds fell.
The Turkish economy is in dire straits. In 2019, it saw its first recession in 10 years. Inflation was 20 percent, while the Turkish lira lost about one-third of its value against the dollar in 2018.
Dehn made a number of "mistakes" made by Erdogan's government and may cost the country much more in the future:

1. Instead of identifying the causes of the underlying economic problem , The Turkish government decides to face the symptoms of the problem, such as inflation, slowing growth and weak currency.
2. Erdogan's government has led bad monetary and foreign policies, failed to develop domestic markets and improved saving rates.
3 - The Turkish government always blames the other instead of itself, which makes investors and companies in a situation of concern, considering that Erdogan will need more "scapegoats" to suspend the economic deterioration of them.
4. As the economy recedes, investors begin to take action to defend their wealth, leading to capital flight and falling investment rates.
"In the end, the Turkish government will not find other sources to finance its projects and improve its growth rate, which means it will sink into a crisis," said Jean Dehn.