International forces to guard ships in the Gulf .. Washington is rallying to announce its maritime a

International forces to guard ships in the Gulf .. Washington is rallying to announce its maritime a

[size=32]International forces to guard ships in the Gulf .. Washington is rallying to announce its maritime alliance 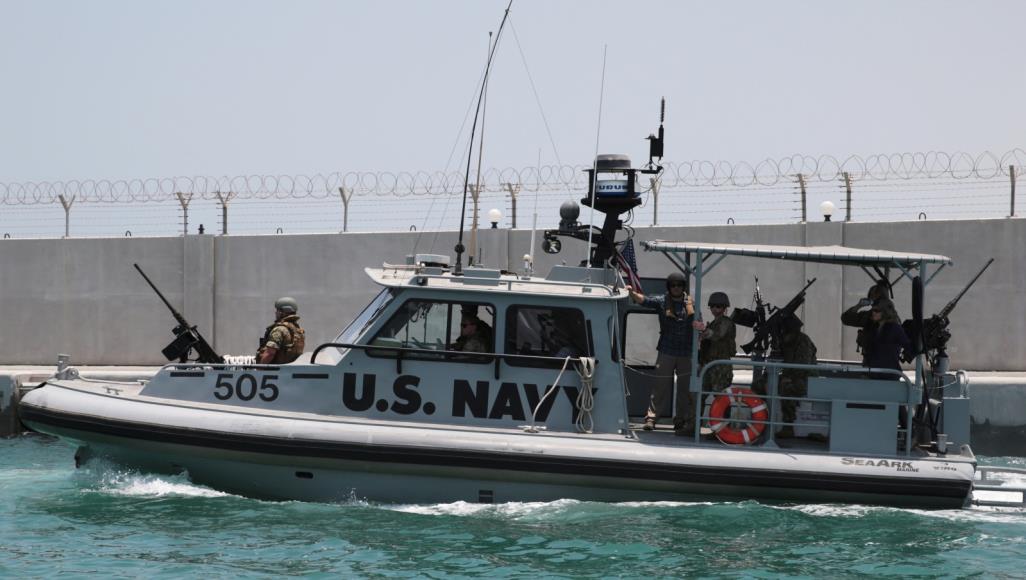 [size][size][url][/url][/size]
[/size]
WASHINGTON (Reuters) - Washington is seeking to form an international military alliance that will provide military escort to protect merchant ships in the Strait of Hormuz, the chief of staff of the US military said in a statement.
Milley's comments came before the US Senate on Thursday, hours after the British government said Iranian boats had tried to intercept the British Heritage in the Strait of Hormuz on Wednesday night.
"Freedom of navigation is a fundamental principle and a base of the world order, which has been in force for seven decades, and we have a crucial role in enforcing that rule, so I think what we are trying to do is to bring this into effect by providing military naval escort for merchant ships, This may be an important factor, and I think it will evolve over the next few weeks. "
Find partners
Milley's comments echo recent US Joint Chiefs of Staff Chairman Joseph Danford's statement that the Pentagon was working to identify potential partners to protect shipping traffic in the Strait of Hormuz and Bab al-Mandab on both sides of the Arabian Peninsula. Most of the crude oil passes through the world.
In the same vein, the US Fifth Fleet said yesterday that it is working closely with the British Royal Navy and regional and international partners to protect the freedom of navigation.
Video playback
, said the US Fifth Fleet commander Jim Malloy said in a statement that the fleet "was informed of the illegal harassment carried out by the Navy of the Iranian Revolutionary Guard and attempts to intercept British merchant ship British Heritage on the tenth of July , near the Strait of Hormuz."
The Iranian Revolutionary Guards denied involvement in the incident, but he warned both the United States and Britain that they would "be severely damaged" by Britain's seizure of a tanker carrying Iranian oil off Gibraltar.

» Pompeo and Abdel-Mahdi .. a hot phone and an emphasis on bringing the perpetrators of the embassy at

» A deputy reveals a "major operation" of the international coalition in Iraq: Iran surrenders

» By the document .. Judicial body: the next elections will be incomplete

» Al-Hakim: What happened in Al-Haboubi Square represents a new setback in dealing with the demonstrat

» Parliamentary Finance: The 2020 budget will arrive in Parliament next April, as this condition is me

» Jassim Muhammad: The bombing of the American embassy bears the Baath fingerprint and extremist Sunni

» Al-Hamash: The amount of dormant inactive funds in Iraq is 60 billion dollars and 130 trillion dinar

» Parliamentary: The nomination of the candidate for prime minister within a few

» The names before Barham Salih to take over as prime minister, and this is the favorite

» The price of the dollar in Baghdad today

» After the Al-Haboubi incident, Allawi is attacking the government: in search of an authority that ca

» Al-Zubaidi: Iraq is committed to international conventions on the protection of diplomatic missions

» Al-Nujaifi: We will seek international protection for the demonstrators in case the government is un

» A deputy reveals two laws that support the financial budget

» The Democratic Party: targeting American interests inside the region is a blow to Kurdistan

» Russia: America and Iraq should reach a common agreement on withdrawing troops

» Watermelon: Al-Halbousi has made great strides with the Americans over Anbar

» Prime Minister is not related to the legislative recess of Parliament

» Al-Khalidi: Allawi and Al-Kazemi are the most prominent contenders for the prime minister

»  Al-Nassiri: We need a systematic movement for economic reform

» 10 American actions on the Iraqi-Syrian border

» Iraq: Three missiles landed inside the US embassy in Baghdad

» The Pentagon: A Katyusha missile hit the US embassy dining hall in Baghdad tonight

» Al-Tulaibawi: The bombing of the American embassy is not the work of the resistance factions

» Washington is hanging on bombing the embassy in Baghdad: Since September, our employees in Iraq have

» Al-Baldawi: Two main reasons behind the delay in forming the transitional government

» Allawi singing: Any candidate for prime minister comes with an external decision or influence that w

» Construction: We submitted several names to the prime minister hours before the president traveled

» Work is set for tomorrow, Tuesday, to pay the salaries of insured workers

» Deputy: Electricity is subject to two gangs, and the minister must be prevented from traveling

» Parliamentary services reveal the priorities of the 2020 budget

» Al-Sadr advises the demonstrators not to cut off roads, to return work hours to schools, and to abso

» A new reason for the delay in sending the budget to Parliament .. A representative committee that se

» Al-Halbousi condemns the attack on the American embassy in Baghdad

» Parliamentary: The Ministry of Electricity is subject to two gangs in Najaf and London

» Parliamentary Committee: We have finalized the mineral investment law and will present it for the fi

» Al-Aqabi: There are political leaders who work to empty institutions of their constitutional role

» German Defense Minister: ISIS threat in Iraq is not over

» Iraq protesters keep up rallies despite pressure from riot police

» In the document .. Baghdad governorate addresses the parliament and finance to include the paragraph

» A deputy calling for the pursuit of "sabotage gangs": leading an external conspiracy against the sta

» A deputy for him: Al-Fateh did not endorse Al-Asadi's nomination as prime minister

» By name ... four candidates are awaiting Saleh's arrival to assign one of them as prime minister

» Member of the state of law: all the names submitted to the Prime Minister were burned

» After returning to Baghdad, Saleh discusses with al-Hakim the formation of the new government

» Deputy for construction: We have submitted several names for Saleh and we are awaiting the decision

» American Institute: A map of 6 duties and prohibitions that Washington conducts for its success in I

» Al-Abadi comments on the crackdown on the demonstrators .. and resolves the issue of their retreat f

» Labor announces the launch of a new batch of grants for 100,000 unemployed people

» After Sadr's demand for withdrawal, and the attempts to break up the October sit-ins, the demonstrat

» Agreement on the successor of Abdel-Mahdi