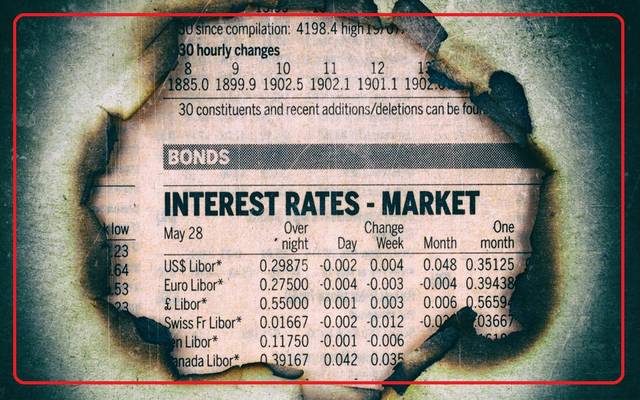 From: Sally Ismail
Direct: Three emerging market countries cut interest rates in a surprise move on Wednesday, amid greater concerns about a slowing global economy.
India's central bank decided to cut interest rates by 35 basis points to 5.40 percent, a step higher than analysts' expectations of a 25-point cut.
India's decision comes in an effort to accelerate New Delhi's economic growth and address growth concerns, cutting its forecast for this year's growth to 6.9 percent from 7 percent previously.
The Bank of Thailand cut the country's interest rate by 25 basis points in a surprise move to 1.50 percent, in a majority vote (5 to 2).
The Central Bank of Thailand cited the prospects for the country's economy to expand at a slower pace than previously expected amid low commodity exports;
Thailand's Monetary Policy Committee said it may monitor the additional risks of intensifying trade tensions, China's economic outlook and developed economies that could negatively affect the country.
At the same time, New Zealand's central bank decided to implement a steep 50bp rate cut to 1 percent, the lowest level ever, in contravention of expectations of a 25bp cut at the latest.
The New Zealand central bank's decision is due to concerns about a slowdown in global economic growth, as well as domestic pressures facing New Zealand's economy on falling house prices, deteriorating corporate confidence and a slowdown in China, its largest export partner.
New Zealand's economy grew 2.5 percent year-on-year in the first quarter, the weakest pace in nearly five years.
The Reserve Bank of Australia kept its monetary policy unchanged at yesterday's meeting to keep interest rates at a record low of 1 per cent, after cutting interest rates twice in a row.
But New Zealand's move could reinforce speculation that Australia's central bank will cut interest rates at its next meeting next month.
These moves pushed Australia's local currency in today's trading to a 10-year low, and the New Zealand dollar hit its lowest level since January 2016.
This trend in emerging markets comes amid larger moves in major central banks , where the Federal Reserve cut interest rates by 25 basis points at its meeting last month amid speculation of a similar move at the next meeting.
Trade tensions between the world's two largest economies, weak industrial activity and geopolitical turmoil are seen as the biggest risks facing the global economy .
The past few days have seen a new escalation in trade frictions between Washington and Beijing amid threats of new tariffs and allowing the yuan to fall to 7 yuan per US dollar.
The IMF has cut estimates for global GDP growth for the fourth time in nine months over the current and next two years.
Emerging market economies have recently tended to take advance steps by easing monetary policy for fear of the overall economic situation and other sub-target inflation-related risks.
At the end of last month, Turkey's central bank decided to cut its one-week repo rate by 425 basis points to 19.75 percent, exceeding analysts' forecasts of 200 basis points.
The Turkish central bank attributed its decision to a moderate recovery in economic activity and improved inflation expectations.
Central banks' panic over rate cuts as a hedge was preceded by similar moves in Russia , where interest rates fell to 7.25 percent and South Korea, which cut interest rates to 1.5 percent in a move for the first time in three years .
With the weak economy, it took refuge in the central bank in South Africa to cut interest rate by 25 basis points to 6.5 percent.
For the first time in two years, Indonesia's central bank slashed its 7-day repo rate by 25 basis points to 5.75 percent as economic growth slowed.
Emerging monetary policy easing has recently been joined by Chile, Paraguay, Chile, the Philippines, Angola, Azerbaijan, Costa Rica, El Salvador, Jamaica, Mozambique, Sri Lanka, Tajikistan, the Dominican Republic and Zambia.

»  The Fed Raises Interest Rates & Markets Rally!
» Gulf countries raise interest rates after the US Federal Reserve's decision
» The BRICS countries are aware of the possibility of cutting Swift
» Gulf bourses sputtering after cutting its relationship with the countries of Qatar
»  OPEC is close to cutting oil stocks in industrialized countries to an average