Dozens of Americans admitted to hospitals .. The reason?

Dozens of Americans admitted to hospitals .. The reason? 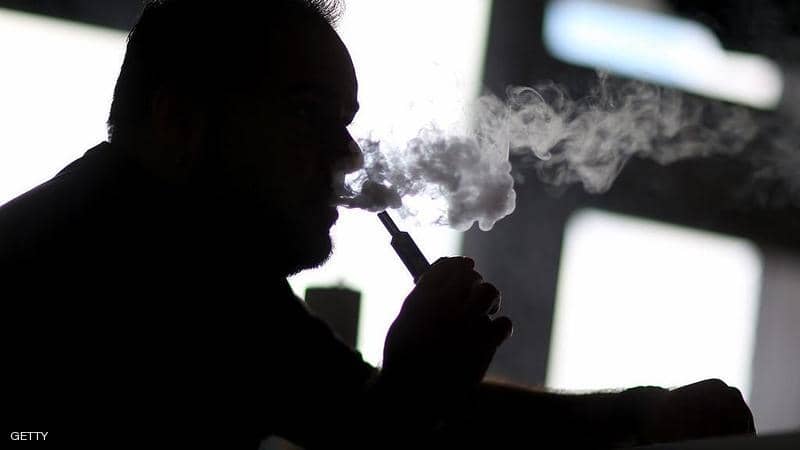 Follow - up - balances News
enter dozens of people, mostly teenagers, to the hospital in the United States because of problems in the lungs recorded in recent weeks with a common factor among them all, a smoking electronic cigarettes, with no proof that the latter would be responsible for these injuries.
Health agencies in the northern states of Illinois, Minnesota and Wisconsin have reported coughing, shortness of breath, fatigue and turnover.
A total of 30 cases were recorded, of which 22 were investigated.
Officials in the three states said it was too early to say whether the problems were interrelated.
"So far, e-cigarette smoking is the only common factor in all of these cases, but we are trying to expand our research so we don't overlook anything," explained Thomas Hobt, a respiratory specialist at the Wisconsin health system.
Some young men also smoked cannabis in electronic cigarettes.
Electronic cigarettes have been available in the United States since 2006, and scientists have so far considered them "less harmful than a regular cigarette."
These cigarettes are very common among young people in the United States.These cigarettes smoked 3.6 million students in complementary schools and high schools in 2018, according to the Centers for Disease Control and Prevention (CDC).

» Iraq: the government is compelled to "delete the zeros" from the dinar currency ... more than 3 expe

» What is the fact that 6 trillion dinars of Iraqi salary borrowing is missing?

» The World Bank: Iraq stands at a crossroads and its GDP is the worst since 2003

» The Sadrist: our Jihadi factions are inactive for now despite their readiness

» How the Abraham Accords Are Making Iran Desperate

» President: Iraq won’t turn into an arena for ‘settling scores’

» Parliamentary Finance: Withdrawal of All Accumulated Funds of the Chinese Convention

Yesterday at 12:26 by Wheelman

» Foreign Minister: America has taken a decision in principle to close its embassy in Baghdad

» 260 Iraqis have been evacuated from Iran

»  The Council of Ministers remedies the "fiscal deficit" by law

» Iraq calls on Washington to reconsider the decision to close the embassy: Baghdad is unhappy

» The US State Department calls on Baghdad to take 'immediate measures': Washington is angry at the al

» Foreign Minister: The chaos of weapons in Iraq will lead to the burning of the entire region

» Ambassadors of 25 countries, Al-Kazemi: We are concerned about the increase in attacks against diplo

» Economist: Iraq is far from bankruptcy and has reserves

Yesterday at 6:38 by chouchou

Yesterday at 6:36 by chouchou

» 'A storm is coming': Iraqis vow to rekindle protest movement on anniversary

Yesterday at 6:31 by chouchou

» Al-Kadhimi: closing the diplomatic missions in Iraq is "disastrous"

Yesterday at 6:28 by chouchou

Yesterday at 6:28 by chouchou

Yesterday at 6:27 by chouchou

» Iraqi PM: Trump pledges to withdraw all US troops from Iraq

Yesterday at 6:23 by chouchou

Yesterday at 6:22 by chouchou

» US strikes Iraqi targets from aircraft carrier in Persian Gulf

Yesterday at 6:18 by chouchou

» Parliamentary Finance: We will not approve a new loan and lose 6 trillion of the previous amount

» Abtan: The Central Bank will forcibly reduce the exchange rate of the dinar against the dollar

» How to visit the Iraqi currency: revealing the secrets of its previously and current printing and “m

» Sources: In the event of the closure of the US embassy, ​​there will be economic sanctions on the Ce

» "Finance" indicates the reason for the delay in September salaries. "Iraq is money-free"

» Saleh: The coming days will see a weakening of the purchasing power of the individual and the public

» Khamenei's Military Advisor: We Received Money In Dollars From Iraq

» English: Pompeo's deadline to Iraq to stop targeting the US embassy in Baghdad ends tomorrow

» Iraq to End Its Electricity Dependency on Iran

» A US. Spokesperson: the Iran-backed groups are a danger to the Government of Iraq

» Central Bank: The reform paper for the banking sector will start soon

» Top Iraqi diplomat in Iran after US Embassy warning

» Parliament speaker: US terrorist attack on Martyr Soleimani an insult to Iraqi gov't