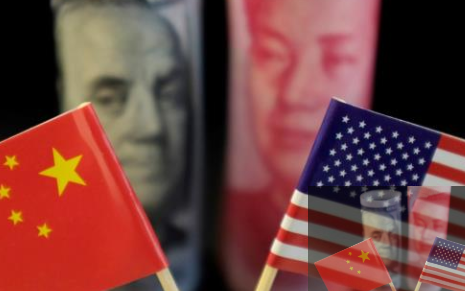 Follow - Mawazine News
WASHINGTON (Reuters) - The US Chamber of Commerce on Friday rejected President Donald Trump's call for US companies to begin immediately seeking alternatives to their operations in China, after Beijing announced retaliatory tariffs on US products.
"Although we are frustrated by the president, we believe that continued and constructive communication is the right way forward," Miron Brilliant, executive vice president and head of international affairs at the US Chamber of Commerce, said in a statement.
"Time is of the essence and we don't want to see further deterioration in US-China relations," Brilliant urged both sides to reach a trade deal quickly.
Trump had ordered US companies to find a substitute for production in China and promised to respond in the afternoon to Beijing's new tariffs. "I will respond to Chinese tariffs this afternoon," he wrote in a string of tweets.
"By doing so, we order major American companies to immediately start looking for an alternative to China, including bringing their companies home to make their products in the United States," he said.
"We don't need China, frankly, we will be better off without them," Trump wrote, referring to the huge sums of money China "stole" in the United States and reiterated his determination to end it.
China
announced plans to impose new tariffs on $ 75 billion in US goods in response to additional tariffs Washington plans to introduce soon, while Washington has imposed since the beginning of the trade war between the United States and China additional tariffs on the equivalent of $ 250 billion of imported Chinese goods.
Washington recently postponed until December 15 a 10 percent surcharge on a variety of consumer products, including electronic goods.
Trump spoke with Federal Reserve Chairman Jerome Powell about the trade war with China and the economic risks to the United States and wondered if the person he appointed to head the central bank was a bigger "enemy" than Chinese President Xi Jinping.
"As usual, the Fed has done nothing! We have a very strong dollar and a very weak Federal Reserve," Trump said on Twitter. "My question is who is our biggest enemy, Jay Powell or President Xi?"
Trump said he planned to take action that would affect the dollar and the Federal Reserve, without specifying what that would be.
US President Donald Trump held a meeting with his top trade aides at the White House against the backdrop of recent Chinese decisions, CNBC reported.

» If the American exemption is not renewed, an Iraqi bank will withdraw from the payment mechanism for

» Iranian lawmaker: $ 3 million reward for anyone who kills Trump

» After his intention to meet Trump, the Hezbollah brigades threaten Saleh

» Parliamentary security calls for resolving the fate of more than 10,000 fighters in the Awakening

» Three candidates were nominated for the post of prime minister, and the most likely win

» Al-Shammari: Iraq is getting closer to international intervention

» Abdul-Mahdi: There is no real movement to nominate a new head of government

» After it was not possible to agree on the selection of the Prime Minister, Saleh leaves for Switzerl

» Abdul Mahdi: We started with the procedures for the decision to withdraw foreign forces

» Other: We nominated 5 names for the President of the Republic, and Ali Al-Shukri and Mustafa Al-Kaze

» Trump in front of "Davos": We have recovered our strength and the American dream is back

» Announcement of the invitation to the founding general assembly meeting

» Activists refuse to nominate "dual nationals" to head the next government

» Al-Araji: The largest bloc does not exist and there is no official nomination for the prime minister

» In the document .. referring the head of the Financial Supervision Bureau to retirement

» Pictures .. Detection of murder and robbery in Karbala

» Al-Araji: There is no candidate for prime minister or the largest bloc

» BP withdraws from the Kirkuk field

» The Presidency of the Republic denies holding a meeting with the candidate to head the government, M

» Iraq is rising and the president in Davos .. Analysts: Saleh failed to prioritize

» Deputy: The dispute over the prime minister centered on the mechanism, not the person

» Disclosure of parliamentary efforts to convert the Chinese agreement into law

» Trump arrives in Davos hours before his trial begins

» The President of the Republic meets Trump at the Davos Forum

» Launching the national campaign to remove the photos of the terrorists, Soleimani and the engineer,

» Government: The retirement law will eliminate 40% of unemployment

»  China: The purchase of US agricultural products will not affect imports from other countries

» urgent .. an urgent meeting in the office of the President of the Republic

» Davos forum opens with the participation of Saleh and Barzani

» Parliamentary: Barham Saleh has an opportunity to score a national position by refusing to meet with

» Deputy: This is the most prominent thing Parliament can take to calm down and prevent escalation of

» Deputy: There is no urgent need for Saleh to travel without resolving the assignment of a new prime

» Parliamentary Economic: The Chinese agreement provides for the employment of 80% of Iraqi workers

» Abdul-Mahdi's office: The budget has been completed since last month, but the legal impediment preve

» Parliamentary Legal: Sending a budget to Parliament is a legal disaster that cannot be accepted

» Al-Zamili: A surprising candidate to head the government and appoint him next week

» Parliamentary Bloc: A scheduled meeting of the President of the Republic with Shiite blocs to choose

» Trump lawyers call on the Senate to acquit him "immediately"

» The White House: Trump will meet with Iraqi leaders at the Davos Forum

» Repeat between protesters and security in Basra .. and the killing of a young man in Karbala

» Al-Rafidayn announces the increase in the number of the departments of the endemic country, whose sa

» A drop in the dollar in Baghdad today

» For the second time, politicians ignore the nomination of the Prime Minister ... and talk about post

» A religious authority attacks Muqtada Al-Sadr and calls him ignorant .. !!

» The Federal Supreme Court declares that the American forces "exit" from Iraq.

» News of a sharp disagreement between Saleh and Abd al-Mahdi and the reason ..? !!

» A political bloc criticizes and attacks Brahim Saleh's last position and addresses him, where are yo

» "The government, not the regime, may fall" .. Challenges facing the demonstrations in Iraq and Leban

» A deputy for victory: There is a "dilemma" in choosing the prime minister, and Saleh is "confused" a

» Abdul Mahdi condemns targeting the US embassy with missiles

» An arrest warrant issued for Anbar health officials and employees

» Iraqi-Kuwaiti understandings to calm the region with country efforts

» Kanna: The blocs have not yet reached a consensus candidate to head the transitional government

» For violating the constitution .. The Federal Court accepts a lawsuit filed against the President of

» Electricity: Iranian gas has stopped behind the increase in programmed cut hours

» Youth employment project at the Ministry of Planning discussion table

» Even dairy .. Iraq is in the forefront of importers from Iran!

» Al-Hadithi: Two powers that the government cannot exercise ... and this obstacle is the last to send

» Abdul Mahdi directs to open an investigation into the American embassy

» Davos 2020 .. Everything you need to know about the World Economic Forum

» North Korea has a fortune of 10 trillion dollars