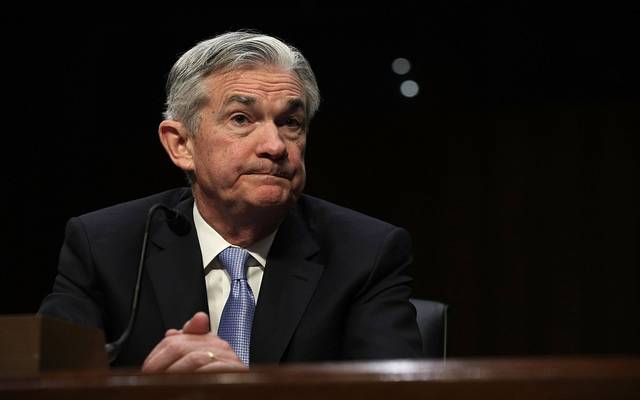 29 August 2019 02:17 PM
Edited by Sally Ismail
Live: US President Donald Trump's trade war with China continues to undermine corporate and investor confidence, worsening economic prospects.
This manufactured disaster makes the Fed suffer a dilemma: should it mitigate the effects of damage by providing compensatory incentives or refusing to comply?
If the ultimate goal is a healthy economy, the Fed should think seriously about the latter approach, as New York State Federal Reserve Chairman Bill Dudley explains from 2009 to 2018 during a vision published by Bloomberg Openion.
Federal policymakers usually regard what happens outside their world as a fait accompli and then make adjustments to pursue their goals of stable prices and full operation.
Policymakers are not so concerned about how their actions affect decisions in other areas such as government spending or trade policy.
For example, the Fed will not stop cutting interest rates in order to force Congress to offer fiscal stimulus instead.
Moving away from political conflict would help the central bank maintain its independence.
According to conventional wisdom, if Trump's trade war with China harms US economic prospects, the Fed's response should be to adjust monetary policy accordingly, in this case by cutting interest rates.
But what if the Fed's policy of facilitation encourages the president to further escalate the trade war, increasing the risk of an economic recession?
Then the central bank's efforts to mitigate the disaster may not only be insufficient, but it could actually make matters worse.
Federal President Jerome Powell hinted that he was aware of the problem, saying at last week's annual central bank summit in Jackson Hole that monetary policy could not provide settlement rules for international trade.
But the Fed could go further. Officials can openly announce that the US central bank will not save an administration that continues to make the wrong decisions on trade policy, making it clear enough that Trump alone will bear the consequences of his actions.
A tougher stance like this would benefit the Fed and the economy in three ways. The first is that it could prevent a further escalation of the trade war by raising costs for the Trump administration.
The second is to reaffirm the Fed's independence by keeping it out of the administration's policies.
For the third method, the protection of ammunition may be desperately needed, allowing the Fed to avoid further rate cuts at a time when interest rates are too low by historical standards.
While understanding and supporting federal officials' desire to stay out of politics, Trump's continued attack on Powell and the establishment has made it unacceptable.
Central bank officials have an option: enable the Trump administration to continue on a disastrous course of escalating the trade war or send a clear signal that if the administration does so, the president, not the Fed, will take risks, including the risk of losing the next election. (US presidential election due in 2020)
There is even the argument that the elections themselves fall within the purview of the Fed.
In the end, Trump's re-election is a threat to the US and global economy as well as to the Fed's independence and ability to meet employment and inflation goals.
If the goal of monetary policy is to achieve the best long-term economic results, federal officials should think about how their decisions affect political outcomes in 2020.

» The Central Bank issued a clarification on the suspension of funds and transfers to central and sout
» Finance Committee member explains the impact of British Standard Bank joining the banking sector in
» In the document .. the central bank places its hand on the bank of a member of Parliament
» The central bank explains why the name of its governor is written on new currencies
» Central Bank: Mechanism to pay Iran's debt in the light of the exceptions granted to Iraq