Canada .. Trudeau in embarrassing trouble after a picture of the Arabian Nights

Canada .. Trudeau in embarrassing trouble after a picture of the Arabian Nights

[size=36]Canada .. Trudeau in embarrassing trouble after a picture of the Arabian Nights[/size] 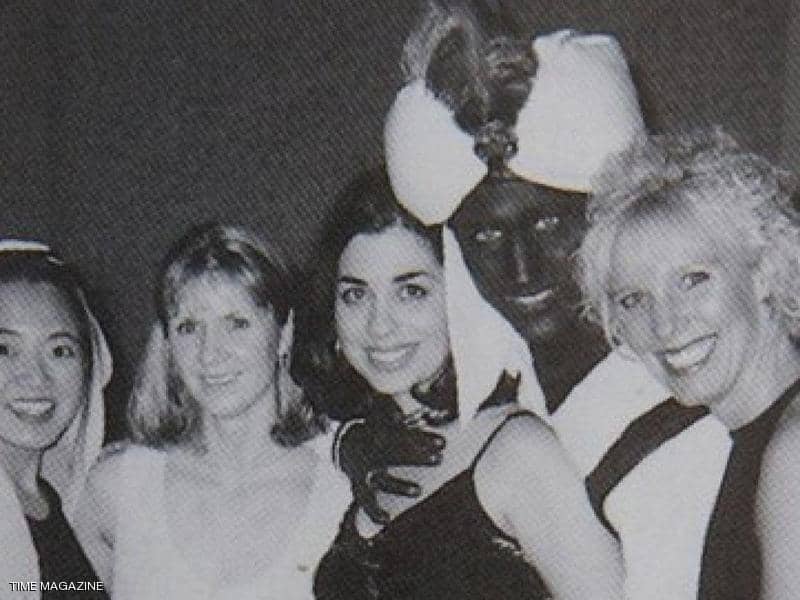 Follow - up to the balance of News
hours after the publication of the image will cause him great confusion month of legislative elections before, through the Canadian Prime Minister Justin Trudeau, Wednesday, apologized because he is a black man denied a school concert was held in 2001.
The Liberal candidate in a meeting with reporters on "It was something I did not consider racist at the time, but today I admit that it is racist and I deeply regret it."
Hours ago, Time magazine published a black and white photo of the prime minister that caused a sensation in Canada a week after the start of the campaign. Trudeau is shown at the age of 29, smiling and surrounded by four women, with a turban, face and hands covered in a dark color.
This type of face coloring is considered racist. The photograph was taken from a year-end album at Vancouver's private school where Trudeau was teaching. The concert was called "One Thousand and One Nights".
"I was disguised as Aladdin and put powdery powders and I shouldn't have done that," said Trudeau, 47, repeating several times that he made a mistake in his youth and expressed his apologies.
Asked whether the image would lead to a change in his campaign, while opinion polls show his Liberal party's tie with conservatives, Trudeau said he was "asking for forgiveness from Canadians."
"I was disappointed by myself and angry because I did. I apologize," he said. "I have worked all my life to create opportunities for people and fight racism and intolerance."
Trudeau's main opponents in the October 21 election took this opportunity to question the truth of the outgoing prime minister, who is open and tolerant.
"This is worrying and humiliating," said Jagmit Singh, the new leader of the Democratic Party. "Black disguise means making fun of someone for what it is."
Trudeau began his campaign with a slight lead over the conservatives led by Andrew Shear in the polls. But the task is not very easy for him after the decline in popularity a year and a half after a political scandal at the beginning of the year shook his party.

Re: Canada .. Trudeau in embarrassing trouble after a picture of the Arabian Nights

Justin Trudeau hasn't    'Grown Up 'yet.

He was born with a  silver spoon  in his mouth and a multi million dollar trust fund from his  grandfather
(so the media says).
He's been a 'play boy' all  of  his life.

Putting on  black/brown make up offends  me...... thinking about  all the hardships  the black
people had to put up with when they came to North America

» Russia: Six American F-35 fighters were in Iranian airspace when the Ukrainian plane was shot down

» Market Research] discusses the effectiveness of the national product

» With the slogan "Your legitimacy is over." Activists rally for massive demonstrations in Baghdad and

» Protesters were killed and 25 wounded in clashes with Iraqi security

» Warning Iraqi institutions about the risks of using Windows 7