A decisive response from the Egyptian President regarding the Renaissance Dam

A decisive response from the Egyptian President regarding the Renaissance Dam 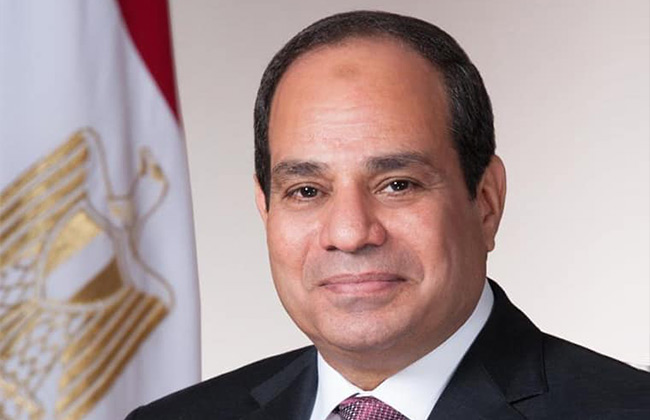 Follow - up - balances News
Egyptian President Abdel Fattah al- Sisi commented during his dialogue with some influential figures within the American society on the implications of the Ethiopian Renaissance Dam.
According to the newspaper "Al-Ahram" Egypt, Sisi said, "that no country can be exposed to risks such as the risks associated with water shortages, unless they are in a state of vulnerability."
The Egyptian president cited what happened with Iraq, which used to reach about 100 billion cubic meters of water in 90, while currently does not reach more than 30 billion cubic meters annually because of the unrest there.
Sisi said that one of the challenges faced by the state as a result of the events of 2011 is the establishment of the Renaissance Dam project to affect Egypt and its people. The Egyptians have paid a price and will be paid by future generations. "
The Egyptian president stressed that Egypt is not against development in Ethiopia and not against dams, but not at the expense of Egypt.
The president said that Egypt's share of the water must be preserved.
"We will not operate the dam by imposing the fait accompli, because we have no other source of water than the Nile," he said.
Sisi stressed that, 95% of Egypt's area is desert, and that any damage to water will have a devastating impact on the Egyptians, stressing: "We are responsible for the security of our citizens."
He explained that Egypt has always adopted a policy characterized by dialogue, and we have started to step up diplomatically, in order to move the problem from a bilateral and tripartite level until we reach a wider field of discussion.
"We must reach an agreement that Egypt insists on, so we can control the damage we can bear by building this dam," Sisi said.
The President pointed out that Egypt is in a level of water poverty, and will increase as a result of the growing population in Egypt, and the stability of our share of the Nile water.
Sisi said earlier in his speech to the General Assembly of the United Nations: "The negotiations with Ethiopia on the Renaissance Dam did not lead to the desired results."
"Negotiations with Ethiopia over the Renaissance Dam will continue to falter and will have implications for development in Egypt and the region," he added.
The Egyptian president concluded that "the Nile for Egypt is a matter of life and death."