The killing of the bodyguard of King Salman

The killing of the bodyguard of King Salman 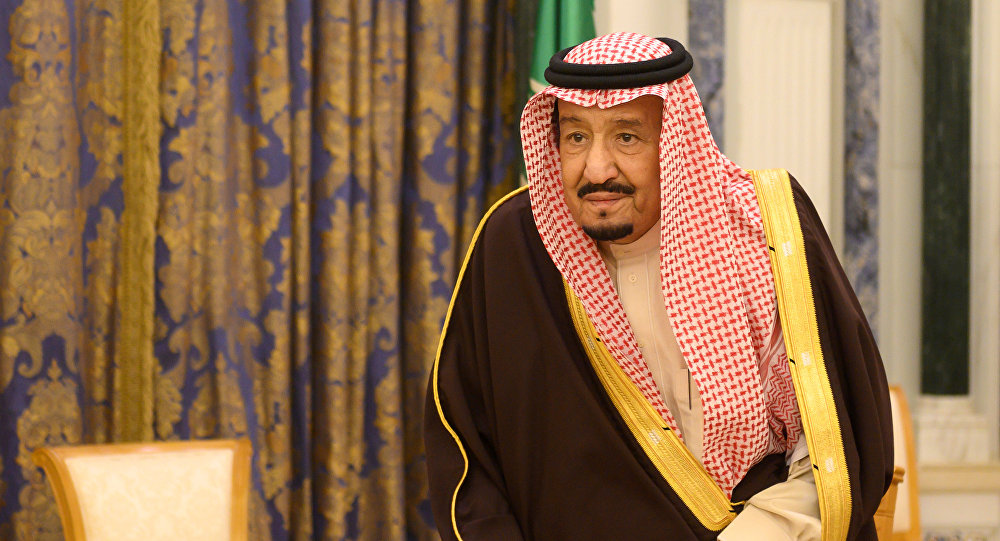 Follow - up - News balance
killed Abdulaziz Alfgm, the bodyguard of the King of Saudi Arabia, King Salman, according to Saudi media on Sunday morning.
Major General Abdulaziz al-Fagham was shot dead after a personal dispute in the Saudi city of Jeddah.
The newspaper "Asharq Al-Awsat" Saudi Arabia, he was transferred to King Faisal Specialist Hospital in Jeddah, Major General Al-Ghafm mourned a number of close to him and a number of tweeters who circulated his pictures on social networks during his work with King Salman and mentioned a number of his exploits, describing him guardian Secretary .
Al-Fagham's father also served as a personal companion to King Abdullah bin Abdul-Aziz, who had been with him everywhere for up to thirty years.
Abdul Aziz al-Fagham graduated from the military college of King Khalid, after which he was appointed by the Saudi National Guard as a special brigade, then transferred to serve in the Royal Guard.
Received the title of the best bodyguard in the world by the World Academic Organization, and received an exceptional promotion from the Dean's brigade to the brigade in 2017.
King Salman bin Abdul Aziz, issued in mid-2017, issued a royal order to promote Abdul Aziz Al-Ghafm (exceptional promotion) to the rank of Brigade

Killing of the bodyguard of the king of Saudi Arabia .. Who is he and how he was killed?

Killing of the bodyguard of the king of Saudi Arabia .. Who is he and how he was killed?

[rtl]
Saudi media reported that Major General Abdul Aziz al-Fagham, the bodyguard of King Salman bin Abdul Aziz, was shot dead in a personal dispute, and reported that he died after being transferred to King Faisal Specialist Hospital in Jeddah.
One of the accounts known as bin Owaid on Twitter confirmed the killing of Major General Abdul Aziz al-Faghm, who is known for his permanent accompaniment to King Salman.
Bin Owaid published three tweets saying that Brigadier Al-Fagham was killed on Saturday evening in the house of one of his friends by bullets fired by another friend after a dispute between them.
Some people questioned why security forces were outside the house at the time of the incident and whether the perpetrator was killed directly to close the file, they said.
Soon, he issued the #Abdulaziz Al-Faghm trade mark (Saudi Trend), and General Abdul Aziz Al-Faghm was known for his close proximity to King Salman and his protection in many situations.
The nephew of Maj. Gen. Badah al-Fagham confirmed on Twitter the news of his uncle's death.
He was also a bodyguard of the late King Abdullah bin Abdul Aziz.

[ltr] [/ltr]
2019/09/29 01:58:37
[rtl]Makkah Province police issued on Sunday morning the first urgent statement regarding the killing of the Saudi Royal Guard Brigadier Abdul Aziz bin Badah Al Fagham, who is the bodyguard of King Salman bin Abdul Aziz.[/rtl]
[rtl]Makkah police said in a statement, according to the Saudi Press Agency (SPA) that "on the evening of Saturday, 29/1/1441 AH, when the brigade of the Royal Guard Abdul Aziz bin Badah al-Fagham, on a visit to his friend Turki bin Abdul Aziz al-Sabti, at his home in the beach neighborhood Grandmother".[/rtl]
[rtl]"A friend named Mamdouh bin Meshaal Al Ali entered them. During the conversation, the discussion between Major General Abdul Aziz Al Fagham and Mamdouh Al Ali went out and the latter went out of the house and returned with a firearm."[/rtl]
[rtl]The Makkah police, that he "shot at Major General Abdul Aziz al-Faghm God's mercy; which led to his injury and two who are in the house, the brother of the owner of the house, and one of the workers of the nationality of the Philippines."[/rtl]
[rtl]The statement continued, "When the direct security authorities of the site, which is fortified inside the culprit, initiated the firing, refusing to surrender, which necessitated dealing with it neutralizes its danger."[/rtl]
[rtl]He pointed to the Mecca police, the incident resulted in the "killing of the perpetrator by the security forces, and the killing of Major General Abdul Aziz al-Faghm after being taken to hospital because of the bullet wound of the perpetrator."[/rtl]
[rtl]The statement added that the incident resulted in the injury of Turki bin Abdul Aziz al-Sabti Saudi nationality, and Jeffrey Dalfino Sarpuz Ying Filipino nationality who are at home.[/rtl]
[rtl]Mecca police confirmed that "five security men were injured due to indiscriminate shooting by the culprit. All the injured were taken to hospital for treatment and their condition is reassuring."[/rtl]

Re: The killing of the bodyguard of King Salman

» "Cheap" Kurdish oil is blocking the "final" version of the budget

» Emir of Kuwait issues a decree approving the new government

» For the second day in a row .. Central Bank sales of dollars recorded a significant decline

» Al-Kazemi: We succeeded in stopping the collapse of the country, economically and financially

» Investing in Iraq: Perception vs. Reality

» A high-ranking delegation from the region is visiting Baghdad today

» The PUK is optimistic: We expect an agreement on oil and the outstanding issues

» The high exchange rate of the dollar in Baghdad and Kurdistan

» The launch of the full-time employee salary previously Tuesday evening

» Abnormal movements of US forces on the border with Syria

» Deductions from Iraqi oil money abroad have been in place for years and will soon expire ... a propo

»  Nazem: The Ministry of Finance pays the salaries of a self-financing company

»  Parliamentary Finance: There is no agreement on the region’s share yet

» Parliamentary Finance: There is no agreement on the region’s share yet

» Electricity: 3 thousand new megawatts to supplement the system before the summer

» Electricity reveals details of its plans to diversify energy sources

» Minister of Electricity: We will stop importing Iranian gas after investing in gas associated with o

» Parliamentary Finance announces the completion of all budget law articles

» Zafer Al-Ani: Parliament Will Continue Its Sessions Until The Budget Is Approved

» Parliamentary Finance: The budget bill will not pass without the Kurds

» Nazem: The Pope’s visit will bring economic and cultural benefits to Iraq

» The Central Bank’s sales of hard currency continues ... How will it affect the exchange rate?

» The Euphrates Center discussed: the causes and repercussions of the double economic shock in Iraq

» Representative Finance: The Central Bank Is Responsible For Changing The Exchange Rate

» Iraq gets rid of the need to borrow during 2021 .. An economist explains

» The market charts a new future for the price of the dollar in Iraq, far from the "official pricing"

» Saleh: The government may not need borrowing for this reason

» Bahr Al-Ulum: Oil prices will continue at a good rate, and the government will pay to complete a sup

» The appearance of Muhammad Salih: The oil price difference bridges the budget deficit

» Representative Finance: The central bank is responsible for changing the exchange rate

» Parliament Financial Reporter: The exchange rate does not change by a parliamentary decision .. One

» A member of the representative economy warns: The hard currency drain continues ... 90% of it comes

» The national approach offers proposals to amend the budget, including the dollar exchange and threat

» The exchange rate of the dollar ... “a proposed compromise”, and a parliamentary movement to amend i

» For the second time, the stock exchange in Iraq stops trading due to the comprehensive ban

» At the “B” grade .. Minister of Finance: Iraq has maintained its global credit rating

» Fox News: US forces are preparing in Iraq, fearing an Iranian response

» An American honoring an Iraqi official in the Central Bank .. 'I established an infrastructure to un

» The Minister of Finance announces measures to support the effects of changing the exchange ... and d

» Saleh: There is cautious optimism that reveals real GDP projections for 2021

» Pictures ... a demonstration in front of the Central Bank of Baghdad demanding the return of the dol

» For the third day ... the decline in the dollar exchange rates in Baghdad and Kurdistan

» Source: The province will hand over the file of all its employees and its share of oil in exchange f

» Representative economy: the banking system is still underdeveloped and its development will address

» Pictures .. Demonstrations in front of the Central Bank to demand the return of the dollar exchange

» The region .. The Council of Ministers discusses the developments of the two draft laws of the feder

» Al-Kazemi announces 2 economic “achievements”, 1of which is related to the change of the exchange ra

» Does the General Budget Law increase the intensity of the dispute between Baghdad and Erbil?

» Salaries for 2021 before and after the approval of the budget ... Deputy expects the situation with

» Mazhar Saleh: Iraq is on the brink of economic recovery

» Financial Committee: These paragraphs were finally fixed in the budget?

» Deputy: We need only one session to pass the budget next week