Ansar Allah about sending additional US troops to Saudi Arabia: Learn from the Iraq war

Ansar Allah about sending additional US troops to Saudi Arabia: Learn from the Iraq war

[size=36]Ansar Allah about sending additional US troops to Saudi Arabia: Learn from the Iraq war[/size] 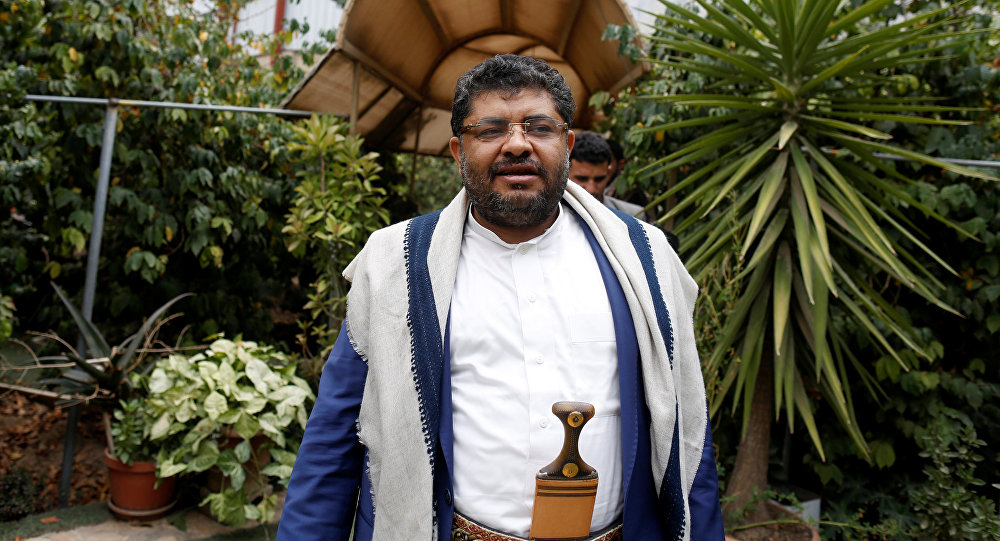 Follow - up - the balance of News
commented Ansar Allah "(Houthis) on the declaration of the United States to send additional troops and military equipment to Saudi Arabia amid rising tensions in the Gulf region.
A member of the Supreme Political Council in the group" Ansar Allah "(Houthis) Mohammed Ali al - Huthi:" Instead It would be better for Trump and his administration and Secretary of War Aspire to send more plans for coexistence, equal citizenship and democracy, rather than war and destruction to their allies or free people. "
He added: "To send to their allies, once, the American slogan of the olive branches, to surprise the world that, while helping their allies in making the world's worst humanitarian crisis for the Yemeni people, they continue to carry part of their alleged humanity, and to surprise the world by changing their aggressive policy." Trump spoke that they had lost eight trillion dollars because of their wrong decision.
"Withdrawal from Syria does not mean localization in Saudi Arabia,"
he said . "We learned that your withdrawal from the lines of contact with Iran in Syria does not mean repositioning from Saudi Arabia.
"To make their people feel - even once - that they have learned the lesson from the Vietnam War or the Iraq war or their war in Yemen, and that these are absurd wars," Houthi said.
The US Department of Defense, confirmed on Friday, the deployment of 3,000 additional soldiers in Saudi Arabia as part of the reaction to the bombing of oil facilities on September 14 last.

"At the request of the US Central Command, US Defense Secretary Mark Esper authorized the deployment of additional US troops and other equipment in Saudi Arabia: two fighter squadrons, one air wing and one THAD system," a Pentagon statement said. .
Tensions in the Gulf region have risen, especially in light of the strained US-Iranian relations, as well as the attack by Ansar Allah for oil installations and energy supplies belonging to the giant Saudi Aramco.
Saudi Arabia has been leading a military alliance to support President Hadi's forces to restore the country's rule since March 26, 2015, against the Houthis who control the capital Sanaa.
To date, the bloody conflict in Yemen has displaced hundreds of thousands of people from their homes, cities and villages, spreading infectious and famine diseases in some areas and substantial destruction of the country's infrastructure.
It also resulted in the death and injury of hundreds of thousands of civilians, as well as the deterioration of the humanitarian situation and the spread of diseases and epidemics, especially cholera, and the decline in cash reserves.

» Memoranda of Understanding and international agreements.. That is why Al-Kazemi's visit to Iran is i

»  "A sign of war in Iran's reception of Al-Kazemi"

» Al-Kazemi: There are billions of dollars that the corrupt have smuggled out of Iraq before and after

»  The conclusion of the stolen money recovery conference..and these are the

» Shafak News publishes the text of the Iraqi government's decisions

» Parliamentary Sports: Parliament will complete voting on the clubs law next Monday

» Deputy Speaker of Parliament: The next stage is the most dangerous for Iraq

» Learn about the Central Bank of Iraq's dollar sales for today

» Planning: We are conducting a new survey to determine the unemployment rate this year