Lacroix: So China buys the world

Lacroix: So China buys the world 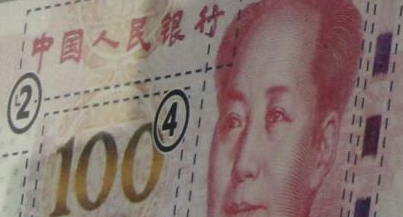 Follow-up - Mawazine News
Since the launch of the "One Belt One Road" project in 2013, which officially aims to link China with the rest of the world, Beijing has managed to expand its economic influence on the five continents through billions of dollars in investments.
In an article published by the French newspaper "La Croix", the author Dorian Malovic said, "It is clear that the new Chinese ambition is a threat to many small countries in Asia, Africa and some European countries as well, which it feels is a hostage to the hegemony strategy behind which Beijing hides its military ambitions."
The writer pointed out that resistance and criticism multiplied all over the world, after China returned to the international scene to reveal itself as a threat to the new world order that it aspires to control.
"The great Chinese dream of President Xi Jinping is about to turn into a nightmare for a number of its allies," he said.
China nets
Amid the shocking slogans and the announced budget of one trillion dollars, China wanted to place itself at the heart of the new world order and try to restructure it, according to the author.
From the start - the author adds - China has been trying to weave its nets in its adjacent regions, like Southeast Asia. It is targeting weaker regions, such as Cambodia and Laos, and is trying to leverage its influence in Burma, Thailand, Malaysia and Indonesia.
Africa also
in Pakistan (about 83% of its debt with China), Gwadar port on the shores of the Arabian Sea will receive approximately $ 54 billion in investment, to become a gateway to Chinese products.
China will use this port as a "military base" to supply the Chinese fleet with fuel on its way to Djibouti, where 10,000 Chinese soldiers have already been stationed since 2017, according to a French Lacroix article.
The writer mentioned that by expanding in Africa (more than $ 124 billion in cumulative loans), China has been rooted in Angola, Ethiopia, Sudan, Kenya and the Democratic Republic of the Congo ten years ago.
What about Europe?
In Europe - which is in crisis - China launched its attack five years ago to obtain partial or total management of dozens of ports (Rotterdam, Marseille, Le Havre, Valencia ...).
The Greek city of Piraeus is the main station of the "One Belt One Road" road in Europe, and it is in the hands of the Chinese.
The writer emphasized that China's efforts have caused Brussels to worry, not only because of the EU's 175 billion euro trade deficit towards China, but also because of weak European cohesion.
Earlier this year, Greece objected to a European decision condemning China's policy on human rights.
Hungary, Poland and the Czech Republic are close to China, which invests in all of these countries that are covered by the "One Belt One Way" network.
It is clear that the new European Commission - which took office on December 1 - is aware of the danger and describes China as a "systemic competitor," according to the author. Ended 29 / p