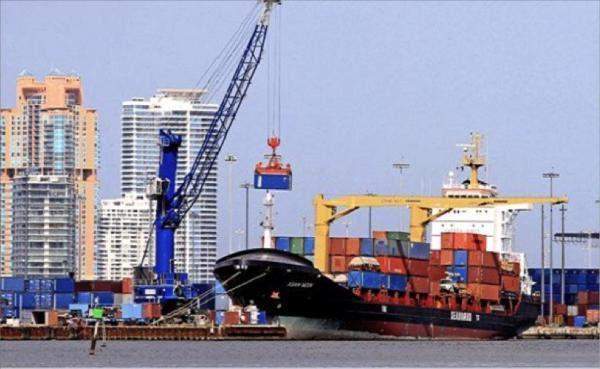 Follow-up - Mawazine News
China's exports shrank in November for the fourth month in a row, highlighting continued pressure on manufacturers due to the trade war between China and the United States, but import growth may be an indication of Beijing's stimulus measures to boost demand.
The trade dispute between the two countries, which has lasted for 17 months, increased the risk of a global recession and fueled speculation that policymakers in China will launch more stimulus, as growth in the second largest economy in the world slowed to the lowest level in nearly 30 years.
Exports fell 1.1 percent last month, compared to the same period last year, according to customs data released on Sunday, compared to expectations for a 1 percent expansion in a Reuters poll of analysts, and a 0.9 percent drop in October.
Imports rose by a surprising 0.3 percent compared to a year ago, marking the first annual growth since April, compared to economists' expectations for a 1.8 percent decline.
Import data better than expected may indicate an improvement in domestic demand after factory activities showed signs of sudden improvement in recent times, but analysts pointed to the difficulty of continuing the recovery amid commercial risks.
China's trade surplus was $ 38.73 billion, compared to expectations for a surplus of $ 46.30 billion in the poll, and with the surplus recorded in October at $ 42.81 billion.
Beijing and Washington are negotiating a preliminary trade agreement aimed at defusing the trade dispute, but differences remain over important details.
White House economic adviser Larry Kudlow said on Friday that a December 15 deadline remains in place for a new round of US tariffs due to take effect on the rest of China's $ 156 billion in exports to the United States, but added President Donald Trump is satisfied with the course of trade talks with China.
A Chinese official told Reuters that Beijing will impose fees on its part in response to this, if US fees are imposed on December 15, which could dispel any opportunity for a trade agreement soon.

»  Barham Saleh meets the Pope of the Vatican

» A report reveals 10 American measures concerning Iran, the largest of which is in Kurdistan

» Al-Rafidain: They are proceeding with the recovery of the sums by the delayers who refused to pay

» Work: Halting the inclusion of full-time appointed salary until the approval of the 2020 budget

» Member of Parliamentary Security: The Pentagon resumed its work without the government's approval ..

» Report .. Millions of chest failure hours after its launch and the withdrawal of its participants

» Al-Jubeir: Sanctions were imposed on Iran for its behavior in the region

» Politician: The party that burned yesterday the ballot boxes was the one who burned the protesters'

» Deputy for victory: Holding early elections without studying will bring disaster to the country

» Saleh: We strive to establish balanced relationships away from the policy of dictates and the imposi

» Document .. The Iraqi Finance issued a circular, which suspended the financial exchange, appointment

» America: No talks were held with the Iraqi side regarding the exit of the American forces

» OPEC is considering keeping oil cuts until the end of 2020

» Newspaper: Britain may use the threat of high fees to increase pressure in trade talks

» Parliamentary Defense: The million demonstrations proved the size of popular support for the decisio

» Deputy for Al-Fateh: We will continue the legal path to drive the Americans out

» Al-Khalidi: It is not possible to move forward with the Chinese agreement without a parliamentary vo

» Deputy: Selecting a prime minister within the terms of reference that will end the demonstrations by

» Saudi newspaper: America is discussing with Kurdistan the establishment of military bases and the de

» Optical official: An agreement obliges the oil companies to employ the unemployed

» Activists for Sadr: Why did you not demand the removal of Iran and the Revolutionary Guards from Ira

» The US Treasury expands the list of sanctions against Iran

» Parliamentary Committee: The draft budget is still with the Finance Committee and has not been sent

» Security expert: Corruption with "astronomical" numbers in armament contracts between the Ministry o

» Deputy: Parliament failed to find a legal formula for receiving the budget bill from the government

» Saleh: Iraqis insist on a sovereign state away from interference and dictates

» Sistani: Citizens are completely free to express and demand what they find necessary to maintain sov

» Diyala: More than 20,000 demonstrators of all Iraqi components participated in the millions expellin

» A deputy for Diyala calls the Oil Ministry to accelerate the pace of investment of 5 oil sites ... i

» Riyadh presents in Davos the priorities of the “G20 Summit”

» American General: ISIS revealed its weakness by failing to take advantage of the demonstrations in I

» An American official: We are ready to discuss our comprehensive strategic relations with Iraq, inclu

» Al-Kalabi: The Council of Ministers took advantage of the people's preoccupation with demonstrations

» An American official: The agreement on the American presence in Iraq took place with the Baghdad gov

» Muqtada Al-Sadr: We will do our best not to throw another war with the occupier

» Deputy: Today's demonstrations message to Trump "do not interfere in our affairs"

» Finance Minister from Davos: The caretaker government is weaker than before

» Pictures .. Friday demonstrations against the presence of US forces in the country

» Mr. Al-Sadr’s speech in Friday’s demonstrations and declares “a temporary halt to the resistance”

» Deputy for Al-Fateh: All options are offered to remove the occupier, whether by diplomatic means or

» Pictures .. Mass demonstrations in Baghdad calling for an end to the presence of American forces

» Al-Kaabi: America will use its electronic armies to thwart demonstrations driving the occupier out

» Al-Saadawi: Saleh did not receive the names of a new candidate for the post of Prime Minister

» Spokesman for Mr. Sadr: The wisdom of the Marjaiya Iraq has spared a civil war with American plannin