Doha Forum .. This is what officials and experts said about the future of gas

Doha Forum .. This is what officials and experts said about the future of gas

[size=36]Doha Forum .. This is what officials and experts said about the future of gas[/size] 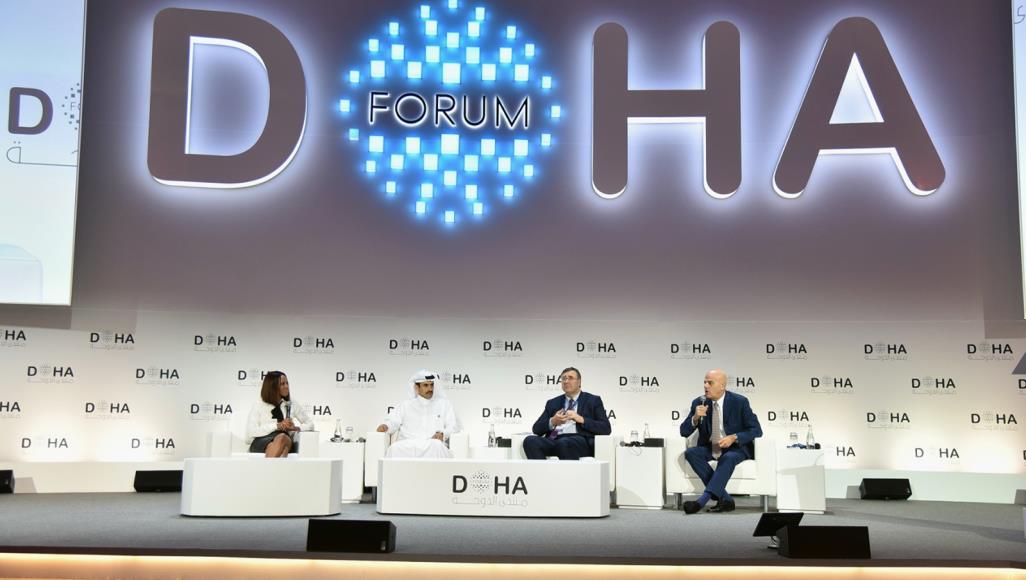 Follow-up - Mawazine News
In light of the increasing global demand for it, the LNG will further cement its position in the global energy market, as a clean source capable of feeding future economic growth at the lowest cost.
This was the most prominent summary that the speakers came out during a discussion session at the Doha Forum, which dealt with the future of LNG, its ability to meet the continuous global demand for energy, and its extent affected by competition between producing countries and problems of market control.
In his speech, Minister of State for Energy, CEO of Qatar Petroleum, Saad bin Sharida Al-Kaabi, stressed that liquefied gas is the energy of the future, and not the source of a transitional phase towards renewable energies, and the greatest evidence of this is the growing global demand for it, especially from East Asian countries such as China and India And a number of emerging markets.
Increasing global demand
This opinion is in line with economic expectations that the global demand for natural gas will continue to grow in the long run, after gas consumption recorded growth of 3% to 4% during the past two years, due to the increase in production and entry of new suppliers.
The Qatari Minister emphasized that the recent explorations enabled Qatar to expand production globally, as it is expected to produce 110 million tons by 2024, up to 127 million tons in 2027, despite the high risks this ambition may face, which can be prepared with tight action plans. With the rest of the local and international partners, in addition to raising investment in developing production infrastructure.
The gas industry has achieved growth during the past years, the amount of LNG exchanged has doubled from the level of 140 billion cubic meters in 2000, to exceed 431 billion in 2018, but the LNG markets are still suffering from problems in pricing, and achieving a balance between supply and demand.
And the expansion of markets - especially in China and other developing economies - remains the key word behind the global demand for LNG.
At a time when the global market is witnessing the emergence of new competitors such as the United States of America and Australia, Qatar is rapidly strengthening its capabilities to increase supply ratios to different markets, including Europe, but the fear of oversupply or affecting Russia's exports to Europe has taken part in the session's discussions.
In this regard, the Qatari minister played down such concerns and pointed out that his country does not see itself as a competitor to another country, and therefore will continue to secure the needs of the European market of gas, through comprehensive and proportional supply measures, and continues to meet global demand.
The future of gas
In light of the divergent government policies in both Asia and Europe, uncertainty increases in the future of LNG. Some European countries believe that relying on gas today and in the near future will only be a transitional stage before converting to carbon-free energy, as opposed to an Asian point of view that improving operating efficiency and reducing operating costs of gas facilities will enhance its role in the future as one of the main fuel sources .
In this regard, CEO of the Italian energy company "Eni" Claudio Descalzi said that the number of producers and consumers has increased during the past ten years, with the signing of more short-term contracts, and here we have tended to control the cost of production and reduce it, because it is the only way to control prices.
Regarding the impact of the gas industry on any possible repercussions due to the trade war between America and China, Descalzi said that liquefied gas can serve the commercial relations between the two countries, and contribute to the stability of the market and the opening of new ones.
With natural gas likely to meet more than half of the global needs by 2040, according to the International Energy Agency, there are some challenges to the growth of the LNG sector in the world, including the problem of including new sources of supply required in the market, and the challenges of investing in sustainable infrastructure and support Means of production.
In this regard, the Chairman of the Board, CEO of the French company, Total Patrick Bouyane, said that the dynamics of the gas market changed between yesterday and today, and contributed to a positive development in this sector, as well as increasing the linkage of countries to each other.
He talked about major challenges related to supply lines, especially in the eastern Mediterranean region, where signs of tension appear between a number of countries in this extended location, and conflicts that appear on the surface related to gas exploration have become attracted, and their interior is political.
Here, Pouyanne said that Turkey is part of the Mediterranean region, and we do not exist there now, except that we have a sea pipeline that passes through Tunisia, Libya and Egypt towards Europe from multiple sides, and we are holding continuous talks with all parties, because we do not want wars.
The environmental dimension
At a time when pressures are heating up due to climatic changes, persistent environmental pollution, and efforts to explore environmentally friendly sources, there is a trend towards integration between natural gas as a fossil and renewable energy sources, which leads to a reduction in greenhouse gas emissions and the protection of the ecological field.
In this context, the responses focused during the session on minimizing the effects of gas in the industrial field, and emphasizing that it is one of the cleanest energies currently available, after the decline in prices reduced dependence on one of the most polluting sources of the environment, which is coal. End 29 / s

» Katyusha messages arrive at the house of the Iraqi parliament speaker

» In the names.. Al-Rafidain publishes the names of the investors who have failed to pay loan repaymen

» A {final} meeting between Al-Sadr and Al-Amiri

» Al-Kazemi: We will pursue terrorism inside and outside Iraq

» Al-Zayadi: The current wants to fragment the framework, and our choice will be the opposition

» Despite the decline in its prices, oil continues to fly near $ 90 a barrel

Yesterday at 3:36 pm by Diamond

» IRAQ FORTIFIES ITS BORDERS WITH SYRIA, AND AL-KAZEMI'S SPOKESMAN: WE WILL NOT ALLOW ANY INFILTRATION

» THE ENVIRONMENT REVEALS THE PERCENTAGE OF LANDS CLEARED OF WAR REMNANTS

» Talabani's party warns: The Democratic Party will blow up all our previous agreements by insisting o

» Sources: An upcoming meeting between Al-Sadr and Al-Amiri tonight

» To open a new inclusion in social care .. Labor calls for allocating funds in the 2022 budget

» Under the direction of the Minister of Agriculture... Launching the fifth batch of financial dues to

» At The Next Meeting.. A Final Message That The Framework Carries For The Current

» From The Dark Rooms To The Light.. The Sovereignty Alliance Came To Achieve Two Goals

» Kurdish Party: Barzani Wants To Insult Iraq By Nominating Zebari For The Presidency

» Al-Fateh: The “Majority Government” Is Not Built On The Basis Of Marginalization

» National Union: New Parliament Members Will Be Sworn In If They Vote For Zebari

» Economist: Iraq May Get Half A Trillion Dollars Annually If It Is Linked To The Silk Road

» Determining the date for holding the Interfaith Dialogue Conference in Iraq

» To discuss the electricity crisis, the crisis cell in the Sadrist bloc holds an important meeting

» The Arab Parliament: The attack on Al-Halbousi's house targeted the democratic process in Iraq

» No to concessions.. The coordination framework reveals its next step

» Al-Zamili: Big challenges are facing Parliament, the most important of which is exposing corruption

» Al-Kazemi: The country is preserved and preserved when the borders are maintained and maintained

» A slight decrease in dollar sales at the Central Bank auction

» Transparency International: Kurdistan Is One Of The Most Corrupt Regions In The World

Yesterday at 7:06 am by Diamond