For these reasons, the US dollar will not fall

For these reasons, the US dollar will not fall 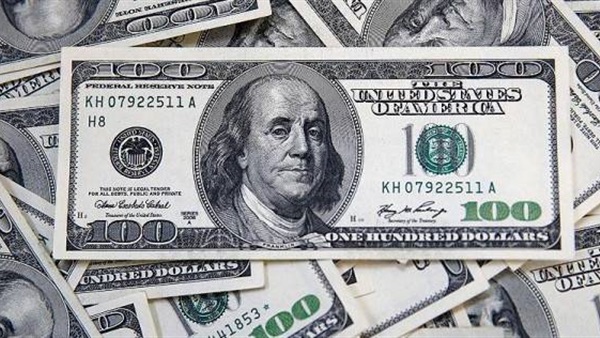 Follow-up - Mawazine News
The aspirations of China and Europe to weaken the hegemony of the US dollar as the chosen global currency are tenuous, as the latest global poll showed that the dollar accounts for 88% of all foreign exchange transactions, a figure that has maintained its highest level for 18 years.
In a report published by the American "National Interest" magazine, the writer David Oren said that the appreciation of the dollar gives the US administration an unparalleled ability to practice coercion through the imposition of economic sanctions.
The author added that Stephen Kirchner of the Center for United States Studies released a new report saying that the dominant US dollar role reflects the depth of US capital markets and the strength of American institutions, and this hegemony is likely to be long-term.
However, the report warned that excessive use of economic sanctions would lead the affected countries to develop solutions.
The survey, conducted by the Bank for International Settlements every three years for foreign exchange trading, showed that the share of the US dollar fell to 84.9% at the beginning of the decade, but it has made progress since then compared to both the euro and the yen.
The writer explained that the euro accounted for 32.3% of foreign exchange transactions this year, registering a decrease from 39% in the 2010 survey, compared to a decline in the yen’s share from 19% to 16.8%.
In contrast, only 4.3% of global foreign exchange deals are made using the Chinese renminbi, much less than 6.8% using the Australian dollar.
The dominance of the dollar The
writer indicated that the foreign exchange trading market that exceeds 6.6 trillion US dollars a day represents only one dimension of the US dollar hegemony, as it represents 63% of outstanding debt securities, and 40% of financial transactions across borders.
In addition, the US dollar is used as a currency for billing more than three times the number of global exports that America shipped itself, and generally 70% of countries peg their currencies to the US dollar.
The US dollar is the preferred currency of the world's central banks, which it uses in 62% of its foreign exchange reserves, although Kirchner argues that its advantage as a reserve currency has little impact on the use of the dollar everywhere in global trade, but rather a reflection of the depth and liquidity of capital markets American and economic and political institutions supporting it.
The author stated that when the euro was formed in 1999, many economists expected it to compete with the US dollar, and even replace it.
Fred Bergstein, the former head of the international economy at the US Treasury, expected the euro to match the US dollar within five to ten years.
The Chinese central bank has been pursuing a strategy to internationalize the renminbi since 2006, indicating that this will enhance China's international standing and lead it to a strength. The IMF also included the renminbi in the basket of currencies used to determine the value of "special drawing rights" in 2016.
However, Kirchner argues that both the eurozone and China demonstrate that volume alone will not provide an international position for the currency.
Will the euro displace the dollar?
The writer quotes Kirchner, who says that only well-developed capital markets - backed by sound political institutions, that have relatively sound monetary and fiscal policy, property rights, and the rule of law - can provide the foundations for a widely needed currency outside their borders.
The writer added that both the euro area and China suffer from chronic political and economic institutions that are resistant to reform, and that the possibility of the euro or the renminbi displacing the dollar significantly in the global economy in the medium term is almost non-existent.
The writer explained by Kirchner that the euro was a source of economic weakness and not strength for member economies by limiting the scope of the exchange rate adjustment to absorb economic shocks.
Global investors do not view the euro-denominated assets as a safe haven in times of hardship, given that the monetary union is not backed by any common banking strategy or budget.
Between 2012 and 2019, the euro’s share of global payments decreased from 44% to 34%, while the European Central Bank’s measurement of its international role shows that it has been declining since 2006, and that it is no longer greater at present than it was when it was created twenty years ago. Ended on 29 / p