Davos 2020 .. Everything you need to know about the World Economic Forum

Davos 2020 .. Everything you need to know about the World Economic Forum

[size=36]Davos 2020 .. Everything you need to know about the World Economic Forum[/size] 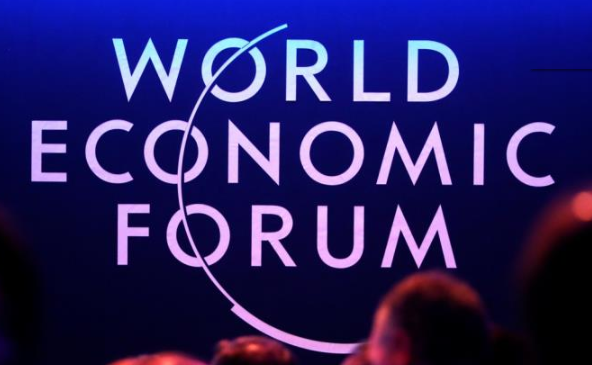 Follow-up - Mawazine News
With the Davos 2020 Forum due tomorrow, Tuesday, this economic event, which is considered among the most important in the world, is receiving great attention from officials, businessmen, the press and public opinion, given the importance of the topics to be presented and the weight of the participating names.
In this article - published by the Italian newspaper "Mani" - journalist Christiana Cagliarduchi provided a set of information about "Davos", its origins and what it represents for world leaders, especially as it is an important opportunity to discuss thorny issues.
What is the?
In fact, Davos is the name of a small Swiss city with 11,000 residents, a small ski resort in the Alps, and it has become famous all over the world for hosting the World Economic Forum every year.
Founded in 1971 by the efforts of German economist Klaus Schwab, relying on a non-governmental organization that succeeded in bringing together companies, leaders and many influential figures in the world, at the same table for discussion.
Today, the Forum is an opportunity to discuss topics of concern to the international community. This event acquired its present name in 1987, and in 2015 the name officially entered the list of international organizations.
What aspirations?
"Davos 2020" will start tomorrow, Tuesday, January 21, and will last for four days, and the participants are scheduled to leave Switzerland on Friday.
As the name indicates, economic issues will be discussed in Davos, but over the past three decades, participants have also been discussing other topics related to climate and the environment.
Each year, a forum theme is chosen, and this year it will be on "sustainable development" under the slogan "For a Coherent and Sustainable World."
Tremendous challenges
Observers fear that the forum will again constitute a forum to highlight the differences between East and West, between the United States and the European Union, and between businessmen and activists seeking to address the imminent dangers that beset the world at the beginning of the third decade of the 21st century.
In addition to climate and environmental issues, the forum will be overwhelmed by danger A conflict erupted between the United States and Iran, with tension escalating following the American strike in which Quds Force commander Qasim Soleimani was killed.
As Chinese Deputy Prime Minister Han Jing heads his country's delegation to the forum, the trade dispute between Beijing and Washington will be highlighted, despite this week reaching a truce agreement after two years of tension.
The European Union’s Foreign Minister, Ursula van der Leien, and German Chancellor Angela Merkel will be the two most prominent European Union personalities to participate, and their attendance may highlight the differences between Europe and the United States over key issues.
The most prominent participants
The writer presented a list of the most famous international figures who will attend the forum, including:
- Prime Minister of Finland Sanaa Marin
- President of the United States Donald Trump
- Greta Thonberg, climate activist
- President of the European Commission Ursula von der Line
- President of the European Central Bank Christine Lagarde
- Director International Monetary Fund Kristalina Georgieva
- US Treasury Secretary Stephen Mnuchin
- German Chancellor Angela Merkel
- George Soros Investor and Chairman of the Soros Investment Management Fund
It is clear that the most prominent attendees will be US President Donald Trump who signed since the days of the first part of the trade agreement with China, and he missed the forum during the past year due to The US Federal Closure Crisis.
During this year, Trump's presence will be the focus of attention of the global press, especially in light of the escalating events of the past weeks and the crisis with Iran.
In the spotlight
Thunberg will also be in the spotlight, which is the second appearance of this Swedish teenager who has taken environmental protection and combating climate change as her primary issue.
Last Friday, in a speech to thousands of protesters in the Swiss city of Lausanne, she said that the global climate strike movement that started in 2018 was "just the beginning." She was chosen as the Person of the Year in Time Magazine last December.
The Swedish activist stresses the extent of the "madness" of continuing to invest in fossil fuels at a time when the major disasters in the world, such as the Australian fires, highlight the negative repercussions of rising temperatures. Ended 29 / p