How did America reduce its dependency on Middle East oil?

How did America reduce its dependency on Middle East oil?

[size=36]How did America reduce its dependency on Middle East oil?[/size] 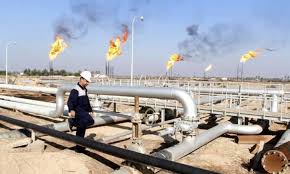 Follow-up - Mawazine News
In light of the escalating tensions in the Middle East, many questions arise about the impact of geopolitical crises on the global oil market.
Journalist Robert Rabee said in a report published by the American Oil Price that the Middle East currently produces about a third of the world's oil, and that the most important countries exporting to it in the region during 2018 are Saudi Arabia (12.3 million barrels per day), and Iran (4.7 million) , Iraq (4.6 million), the United Arab Emirates (3.9 million), Kuwait (3 million), and Qatar (1.9 million).
By way of comparison, the writer mentioned that the American production of oil during the aforementioned year amounted to 15.3 million barrels per day, meaning that it was greater than the production of three countries combined, namely Iran, Iraq and the UAE.
The writer pointed out that the international sanctions imposed on Iran greatly affected its ability to export oil, as it was stated in the latest report issued by the Organization of Petroleum Exporting Countries (OPEC) on its markets that Iran's production decreased by about 40% between 2018 and the end of 2019.
In contrast - he says The writer - American imports of Middle East oil have undergone great changes in recent years, especially with the increasing dependence on shale gas extraction.
According to the figures of the Energy Information Agency in the United States, the highest point in American imports of Arab Gulf oil was 2.8 million barrels per day during the year 2001. At that time, this amount represented 23% of the total imports of states from crude oil, which is 11.9 million barrel.
The author adds that by 2008 oil production increased in the United States, while demand for fuel increased.
American imports of crude oil increased to 12.9 million barrels per day, but the share of the Gulf countries decreased to 18.6%, by 2.4 million barrels.
As for 2018, the writer confirms, the effect of the American dependence on shale gas extraction was evident, as US imports of crude oil decreased to 9.9 million, bringing the share of the Arab Gulf states to less than 1.6 million barrels.
The largest exporters
The writer mentioned that the United States imports from Gulf crude oil, accounting for Saudi Arabia by 57%, while Iraq’s share of them is 33%. And imports of the Middle East, in particular, to the Gulf of Mexico and the West Coast.
Canada is now the most important source of US oil imports, by 4.3 million barrels per day, according to estimates of the year 2018. The
writer confirmed that the American dependency on Middle East oil has witnessed a decline, despite the fact that oil production in this region rose by about 5 million barrels per day during the past decade, which is This means that the rest of the world is increasingly importing oil from this region.
According to data published by Reuters, although the United States has become very dependent on Canada to fill a large amount of its deficit, it is also still dependent on Saudi Arabia, Iraq and other Gulf countries because most American refineries prefer oil in this region.
Concerns
About 20% of the world's oil passes through the waters of the Middle East near Iran, so a significant proportion of the global oil trade will be in danger if escalation and tension continue in the Middle East, according to the Oil Price report.
In the opinion of the author that if these fears materialize, we will witness a sharp rise in the price of Brent crude, which is standard for pricing two-thirds of the world's oil production, more than the rise of WTI, which is a standard in controlling prices in the United States.
Without a doubt - the author adds - the impact of such a crisis on the global economy today will be much less than it was ten years ago, thanks to the boom in shale gas extraction in the United States. Ended 29 / p
https://www.mawazin.net/Details.aspx?jimare=82917