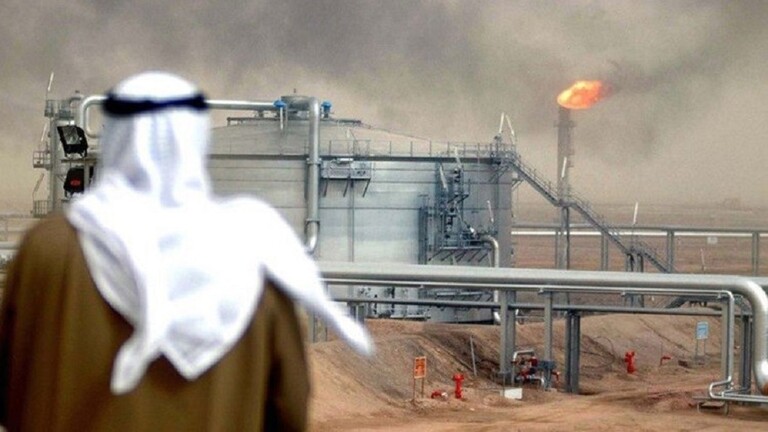 Baghdad - Mawazine News
, an informed Kuwaiti source said that Kuwait and Saudi Arabia have started preparations to resume crude oil production from the "Al Khafji" field, which the two countries will occupy with experimental production at the end of this month.
The oil official, who requested not to be named, stated that "about 10,000 barrels of" Al Khafji "field will probably start production on February 25, and that it is sufficient quantity to test all installations and their operational efficiency.
He added: "The field will pump about 60 thousand barrels by next August."
He continued, "It will start production from the Wafra field by 10 thousand barrels per day in late March, and it is expected that production will increase to 80 thousand barrels per day from the field after six months of the start of experimental production."
The oil official indicated that production from the Khafji field is expected to reach 175,000 barrels per day, and from the Wafra field to 145,000 a year later.
Al-Khafji Operations Company operates the field, which is a joint venture between the Kuwait Gulf Oil Company and Aramco Gulf Business, a subsidiary of the giant Saudi oil company, Aramco, and was producing between 280 and 300 thousand barrels per day of heavy Arab crude before the field was closed for environmental reasons. In 2014, while the “Wafra” field was operated by the American Chevron Company for the Saudi government, which has also been closed since 2015.
Kuwait and Saudi Arabia agreed to end a five-year-old dispute over the area known as the “divided region”, which would allow production to resume in Two fields are shared by the two countries, and can be pumped Pray to 0.5 percent of oil supplies Alaalmih.anthy / 29 s

» Including electricity and fuel..Kurdistan government meets to discuss a package of topics

» Wednesday's newspapers pay attention to the decisions of the Council of Ministers..and to set next y

» On one condition.. Al-Kazemi’s government expects to cover the budget deficit by 100%

» The lie of the non-rentier economy is revealed by a global economic website.. Iraq is a winner in 20

» List of dollar prices on the Iraqi Stock Exchange for today

» Iraq receives 180,000 dollars a day from planes passing through its airspace

» Russian Ambassador: Iraq's mediation between Saudi Arabia and Iran is proof of its strength, and we

» Turkish Ambassador: We want the region to be a good neighbour, and Iraq should not be a field of con

» In the document, the Ministry of Finance directed the implementation of a decision regarding the job