The intensification of the price war with Russia .. Saudi Arabia sank Europe with oil price of 25 do

The intensification of the price war with Russia .. Saudi Arabia sank Europe with oil price of 25 do 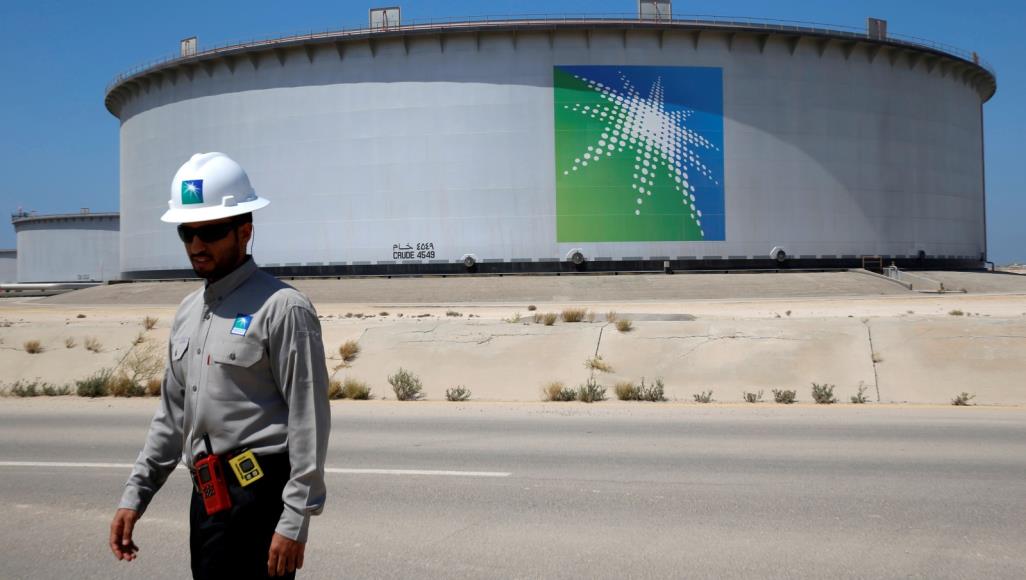 Follow-up - Mawazine News
Five commercial sources said that Saudi Arabia is flooding Europe with oil at prices as low as $ 25 a barrel, targeting in particular the major refiners that rely on Russian oil, in an escalation of the conflict with Moscow over market shares.
The sources - who are from major oil and refining companies that process crude in Europe - said that Saudi Aramco, the Saudi National Oil Company, had told them that it would supply all the additional quantities required in next April.
Oil prices have halved since the beginning of the year due to the damaged demand due to the outbreak of the Corona virus, and after Russia and OPEC failed to reach a new agreement on production cuts.
Moscow refused to support deeper new cuts, and Riyadh responded by opening the door to the market wide, and pledged to bring it to record quantities.
Saudi Arabia is applying a significant reduction in the official selling prices of its oil, and traders said that Arab and light Arab crude are being offered at a price between 25 and 28 dollars per barrel.
According to Refinitiv Icon's data, the main Russian Ural mix is ​​offered at a slightly higher price of $ 30 a barrel.
A trader with a European oil company involved in the talks told Reuters: "We are happy with our provision. April's orders have been confirmed, and I look forward to May if prices remain that same."
The sources said that European refiners - including Total, BP, Eni and Socar - all received confirmation of receiving additional Saudi crude supplies in April.

Brent was on its way to recording the worst weekly performance since the financial crisis in 2008 today, at a time when investors are concerned about the impact of the Corona virus on demand and the Russian-Saudi price war.
Oil at the bottom
Meanwhile, a Reuters survey concluded today that oil prices tend to lie near the current low levels in the coming months, as the collapse of an agreement between the major producers to reduce production harms an already faltering market due to falling demand caused by the Corona virus.
Analysts in the quick opinion poll reduced their expectations for Brent crude prices to $ 42 a barrel on average this year, compared to $ 60.63 on average in last February's referendum.
It is expected that the average price of the global benchmark crude will reach about $ 34.87 in the second quarter, and $ 39.05 in the third quarter, before it recovers some strength and reaches $ 44.08 in the fourth quarter of the year.
The survey, which included 21 analysts, expects the average price of US crude to reach $ 30.37 a barrel in the second quarter, and about $ 37 a year for the entire year.

» Industry: we achieved a growth rate of 16%

» Al-Ghanim .. to “Al-Watan”: The necessity of the unity of the Gulf countries to continue achievement

» Water Resources: Investment in the Najaf Sea requires the allocation of 40 billion dinars

» Water expert: Iraq's water consumption will double.. The danger of this file will emerge in the comi

» Minister of Industry: Raising the names of the contractors according to Resolution 315 to install th

» After signs of drought... Iraq plans to use its underground water storage

» An angry statement for planning on the World Food Program: Iraq is not hungry

» Kurdistan Finance announces the release of employee salaries without deduction

» Turkey: We will not deprive Iraq of the blessing of water.. It gives advice to the Iraqis

» To address the high fuel crisis... More than one million liters of gasoline will reach the region

» Statistics are preparing to carry out a "very important" survey.

» A big jump in Iraq's oil exports to America

» A slight decrease in the exchange rate of the dollar