Experts: In this case, America can shut down oil production platforms

Experts: In this case, America can shut down oil production platforms

[size=36]Experts: In this case, America can shut down oil production platforms[/size] 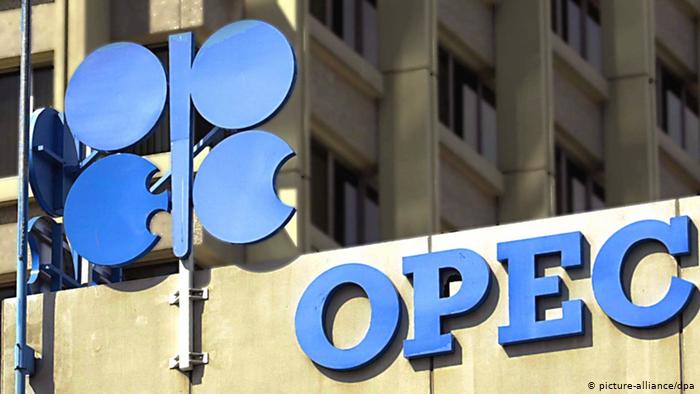 Follow-up - Mawazine News, a
cautious anticipation that dominates the international oil markets, before the upcoming meeting between members of the "OPEC", in light of the indications suggesting the possibility of compatibility.
According to expert references in their talk to "Sputnik", the indicators of the success of the upcoming meeting are great, especially that losses will prevail affect everyone to varying degrees, and that the United States of America may have to close production platforms if global oil prices continue to decline, given the high cost of production above current prices per barrel the one.
Setting a new date for the OPEC + meeting
, Rabie Yaghi, the Lebanese oil expert, says that "the next meeting of the" OPEC and OPEC Plus "countries aims to restore balance to the market by stopping the production and price war.
He added in his talk to "Sputnik", that "global consumption was about 100 million barrels per day, but it has declined since the beginning of 2020, in addition to the stagnation left by the Corona pandemic, which affected the percentage of demand in the global market."
He explained that "about 20% is a surplus in the markets, and that the next meeting must balance between supply and demand, and that it may include about 15 or 20 barrels per day."
He stressed that "America will not be able to continue shale oil production in light of the decline in oil prices, and that this will push the United States of America to close drilling and production platforms because it is unable to continue at the present time because the cost of shale oil production is higher than the prices at which the price of a barrel can remain if The incompatibility, and that it was all these reasons that prompted Trump to intervene. "
He pointed out that "some of the countries that were able to store large quantities of oil during the last period, benefited from the low prices, but that if the consensus will prices rise again to reach about 30 or 35 dollars."
In previous statements, Dr. Rashid Abanmi, Head of the Center for Energy and Oil Studies in Saudi Arabia, said, "The United States of America was the big winner from the commitment of OPEC Plus, and it was the largest producer of about 13 million barrels per day."
Speaking to Sputnik, Abanmi added that the United States was exporting some types of crude oil, while importing other types, as it was the free player in the global market.
Determining the date of the "OPEC" meeting The
President of the Press Service and Adviser to the Minister of Energy of Azerbaijan, Zamina Aliyeva, told Sputnik on Saturday that the "OPEC +" meeting
An informed source confirmed, "The Secretary-General of OPEC, Mohamed Barkindo, is in constant contact with OPEC + countries, and that the main participants in the formula support the idea of ​​the meeting, and that most of the participants are ready to reduce oil production, there is a high possibility of consensus." .
earlier last month, "OPEC" organization failed to reach an agreement with a number of independent producers, led by Russia, on a new agreement to curb supply and control Alosar.anthy 29 / a 43