Corona's health concerns outweigh the concern for the economy

Corona's health concerns outweigh the concern for the economy 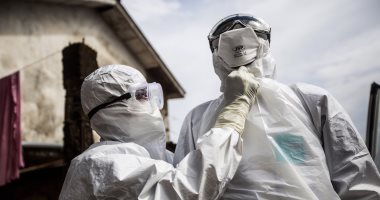 Follow-up - Mawazine News
A global survey has found that a large majority of people in the world prefer their governments prioritize saving lives, rather than moves to restart the economies affected by the spread of the Coruna virus.
The latest findings of the Edelman Trust Scale, which has polled tens of thousands of people about their trust in key institutions, defies the idea that "overheating due to public closures" is increasing in communities affected by the epidemic, for two decades.
In general, 67 percent of the more than 13,200 people interviewed between April 15 and 23 agreed that: “The government’s top priority must be to save as many lives as possible, even if that means recovering the economy at a slower pace.”
Only a third supported the idea, "It is increasingly important for the government to save jobs and restart the economy while taking all precautions to keep people safe."
The study, prepared by US telecom company Edelman, was based on field activity in Canada, China, France, Germany, India, Japan, Mexico, Saudi Arabia, South Korea, the United Kingdom, and the United States.
"It is complicated because there are two crises at once ... a health crisis and an economic crisis," said Richard Edelman, CEO of Edelman.
He added: "But people say we have already spent six or seven weeks on this (restrictions on activities), so what is the harm in another week or two?"
76 percent of Japanese respondents agreed that public health should be prioritized over the economy, compared to only 56 percent in China, where the disease first appeared late last year.
In Canada, the United Kingdom, and France, 70 percent or more of respondents supported prioritizing health concerns. And in the United States, where President Donald Trump sometimes encouraged protests against public closings, that was 66 percent. Ended 29 / p