[size=30]Delta and KTFA Members Monday Afternoon 5-11-2020[/size]
KTFA:
DELTA:  News about the nomination (Magda Tamimi) for the post of Governor of the Central Bank of Iraq......
GreenTreeMusic:  Yeah!!!!!  so good….this lady is incredible ….she has been pushing for the monetary reform for years!!!!!   Boom!!!!
DELTA:  THIS LADY IS AMAZING IF SHE GET IT.......SHE IS PRO RI FROM LONG TIME AGO......
Happygolpher:  Tamimi is all about exposing poor policies, corruption & poor decision making. Could be a very good candidate
Jake:  Nice! Does this have to go for a vote, Delta? Wondering how long this process of her being seated will take?
DELTA:  NO.......... PM CAN TAKE ALAQ AND PUT HER IF HE WANTS OVER NIGHT......LIKE MALIKI DID WITH SHABIBI .......BUT WE WILL SEE WHAT HAPPEN... I WILL COVER MORE ON CC...
DELTA: 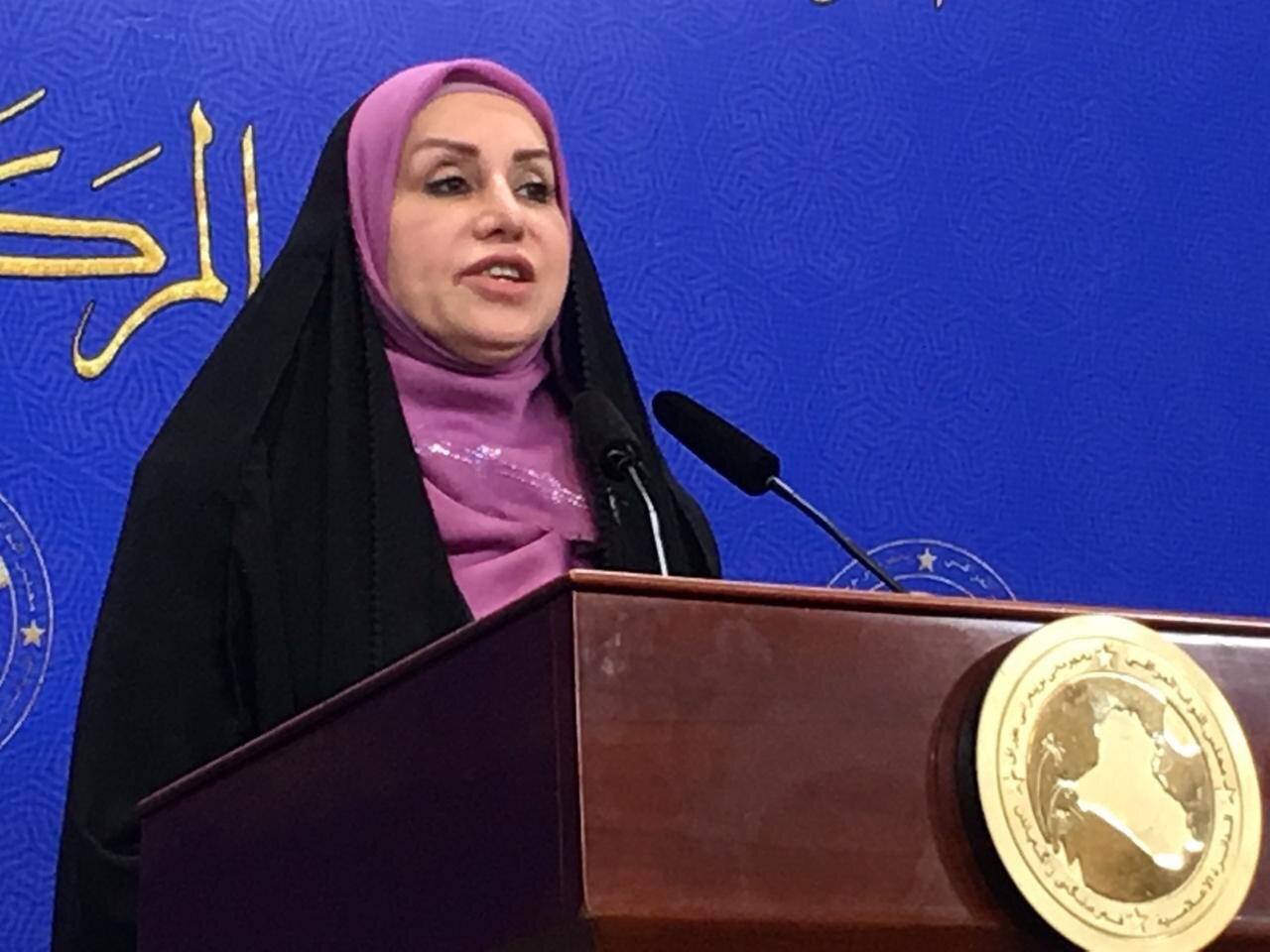 
MAY 11TH- MONDAY CC VIA PHONE ONLY @ 7PM EST WITH DELTA, AG-1 & Militia Man
Monday Conference Call:
605-313-5164 PIN: 156996#
Playback Number: 605-313-5163 PIN: 156996#
*******************
Don961:  :   Al-Kazemi receives a call from Washington, Trump: ready to help Iraq economically
2020-05-11
Follow Iraq:
Prime Minister Mustafa Al-Kazemi's office announced today, Monday, that he received a phone call from US President Donald Trump, in the first "high-level" communication after Al-Kazemi took over as prime minister.
"Prime Minister Mustafa Al-Kazemi received a phone call from US President Donald Trump, in which he congratulated Al-Kazemi on his assumption of the presidency of the Iraqi government," said a statement, seen by him, "Yass Iraq."
The statement added, "Prime Minister Mustafa Al-Kazemi thanked the American President for the congratulations, stressing Iraq’s keenness to establish the best relations with the United States."
For his part, Trump stressed that "Iraq is a strong and important country and has a central role in the region and in achieving regional and international stability," stressing that "the United States of America is keen on strengthening relations between the two countries, and his country's willingness to provide the necessary economic assistance to support the Iraqi economy."
The statement continued that the two sides "agreed to expand cooperation in the fight against the Corona pandemic, as well as to develop economic investment efforts to serve the interests of both countries."   LINK
**************
Samson:  Deputy for wisdom: Al-Kazemi is busy with two extremely important files
05/11/2020 10:50:36
A deputy from the Parliamentary Bloc of Wisdom said that Prime Minister Mustafa Al-Kazemi “is busy with two very important files.”
Asad Al-Murshidi stated in a press statement that “Al-Kazemi is currently busy with very important files, which are the salaries of retirees and the approval of the budget law, so deduction of the remainder of the ministerial cabinet will be 10 days after Eid Al-Fitr.” He stressed, “The tasks of the government are required of them These are the challenges facing the country and on the local and global scene, including the health, economic and political crisis.”

He added, “The general situation in the country does not meet ambition, therefore the Al-Kazemi government should strive to achieve the aspiration of the people in achieving services and other challenges, so the government should take an approach Find solutions to crises and send a letter Minan Iraqi street, which calls for the achievement of social justice."

He pointed out, "The members of the House of Representatives performed their duties honestly by voting on the government and granting it confidence, despite their rejection of four candidates for the ministries and two sovereign ministries that were postponed because of differences over them from the political blocs.
Nevertheless, the deputies gave the government of Al-Kazemi their confidence and awaiting solutions while providing support to the government." From the political blocs.” Al-Murshidi said: “The political differences over the Foreign Ministry are still present, as well as two Shiite blocs competing for the Ministries of Justice and Agriculture.”   LINK

Samson:  The drop in oil causes Iraq to lose $ 11 billion in four months
11th May, 2020
Iraq lost nearly $ 11 billion as a result of low oil prices during the first four months of this year compared to last year.
Statistics published by the Oil Marketing Company (SOMO) showed that "Iraq sold approximately 409 million and 962 972 barrels of crude oil during the first four months of the current year 2020, at an average price of approximately $ 38, while total revenues reached 15 billion and 391 One million and 201 thousand dollars."
Statistics showed that "Iraq sold during the first four months of last year 2019 quantities of oil amounting to 423 million and 284 thousand and 489 barrels at an average price of $ 62, and revenues of 26 billion and 275 million and 283 thousand dollars."  Oil prices decreased significantly after the outbreak of the Corona virus, as a result of the almost complete cessation of economic life in the countries of the world, which reduced the demand for oil and the prices collapsed in general, especially in the month of April of this year.  LINK
************
Samson:  Saudi Arabia stops the cost of living and raises value-added tax
11th May, 2020
The Saudi News Agency stated, on Monday, that the Kingdom decided to stop the cost of living allowance and raise the value-added tax rate within the framework of measures aimed at strengthening the financial situation of the country, which was affected by low oil prices and the Corona virus
The agency added, "It was decided to stop the cost of living allowance starting from June 2020, and to raise the value-added tax rate from 5% to 15% starting from the first of July 2020 LINK[/size]