Russian Finance Minister: We will replace the dollar in the reserves of the National Welfare Fund

Russian Finance Minister: We will replace the dollar in the reserves of the National Welfare Fund

[size=36]Russian Finance Minister: We will replace the dollar in the reserves of the National Welfare Fund[/size] 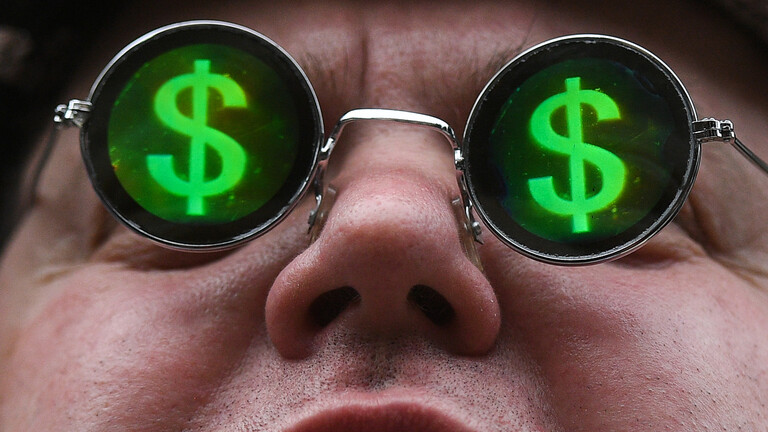 Follow-up - Mawazine News
Russian Finance Minister Anton Siluanov announced, at the Petersburg International Economic Forum, a change in the strategy of the National Welfare Fund, specifically with regard to the dollar.
During his participation in one of the dialogue sessions in the forum held this week, he said that the Russian Ministry of Finance will change the reserves of the National Welfare Fund within a month, as it will dispense with the dollar, i.e. bring the US currency reserves to zero.
According to the Russian minister, the dollar reserves will be replaced by other currencies, in addition to that, gold reserves will be added to the fund, which is a safety cushion for Russia.
He pointed out that the British pound's reserves will be raised to 5%, the euro's share to 40%, the yuan's share will be increased to 30%, and the gold's share will be 20%.
Moscow established the fund more than 10 years ago and accumulated part of the oil revenues in it during the boom in its prices, to be a safety cushion for the country during crises and low prices for crude oil, which is a traditional commodity in Russian exports.
The important point is that the money accumulated in the National Welfare Fund is not Russia's international reserves, which exceeded the level of $605 billion last May.
Last Wednesday, the St. Petersburg International Economic Forum, which will be held in person (face to face), was launched, taking into account health prevention measures, and using modern digital technologies.
The number of participants in the forum this year is about 5,000 thousand, and the State of Qatar is participating in the forum with a large delegation and as a guest of honor.
https://www.mawazin.net/Details.aspx?jimare=155728

» Russian central bank cuts the dollar in reserves
» High cash reserves of Iraq to 87 billion dollars
»  Egypt replace Iraqi oil and the Russian and the UAE for Saudi
» Russian reserves strengthened by $ 20 billion in 2017
» Cuba, China to Replace Turkey, Egypt for Russian Tourists