Saleh: borrowing will be a heavy burden for generations and must spend it on the projects 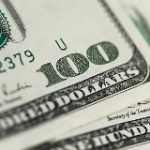 Saleh: borrowing will be a heavy burden for generations and must spend it on the projects

Long-Presse / Baghdad
He warned the Council of Ministers for Economic Affairs Adviser appearance of Mohammed Saleh, Saturday, from excessive borrowing because of a lack of liquidity, and stressed that it would be a "heavy burden" on the generations, as called for borrowed funds invest in investment projects generate direct income.
He said the Council of Ministers for Economic Affairs Adviser appearance of Mohammed Saleh in an interview with the (long-Presse), that "excessive external debt without development would be a heavy burden for generations", calling for "the borrowed money was spent on direct investments generated income."
Saleh added, "The borrowing must be heading towards optimization of growth in GDP is reflected positively in the event that Iraq's economy."
The representative of the religious authority in Karbala Ahmed net student, on Friday, government agencies to make greater efforts in supporting and assigning fighters in combat zones against "terrorism", as warned of "borrowing from abroad Project" before exhausting all solutions at home, criticized the weakness of the government measures in the fight against financial and administrative corruption in government institutions.
The World Bank in (July 9, 2015) approved, a new project for Iraq aimed at the reconstruction and rehabilitation of infrastructure destroyed by conflict in the country and restoration of services in the government-controlled areas, and among the assistance program of $ 350 million, confirmed that the program is part of a larger program will be implemented over five years in the provinces of Salahuddin and Diyala.
The Kurdistan Alliance counting, in (July 2, 2015), the terms of the World Bank in exchange for lending to Iraq "weights" to the shoulders of the Iraqi citizen, as he emphasized that the solution to the problems with the Arbil "will provide greater amounts of loan money."
The Finance Minister Hoshyar Zebari search, in (the first of July 2015), with the Director of the Iraq Programme and the World Bank team line and programs of the bank to provide a loan for Iraq, and with the ministry showed, that the loan would be worth more than a billion dollars allocated part of it for the reconstruction of the liberated areas of (Daash), confirmed that the government will take remedial action to avoid wastage and the rationalization of expenditure.
The Parliamentary Finance Committee confirmed, in the April 30, 2015, they are passed to the government borrowing to fill the budget deficit and meet the necessary requirements under the state of war with "terrorism", and as pointed out that Iraq will receive a value of three billion and 400 million dollars of IMF loans and the World Bank, revealed a tendency to privatize the stalled viewing of Astosmar.okan World Bank government projects revealed, in the April 29, 2015, about his quest finance development projects in the areas restored Iraqi forces from militants (Daash), it returned to economic growth as an important part of the solution to political problems which "plagued the region."
The estimated funding sources in Article III of the budget bill for 2015 of $ 6,168,040,000 dinars, this amount is used to cover the budget deficit and repay domestic and foreign loans and domestic debt amortization payments, and amortization of Eurobonds, and extinguish religion's central bank bonds.
Iraq complain of weak financial revenues due to declining oil prices and increased expenses, which the military side came on her head, which made the government resort to austerity as one of the solutions adopted to cope with the economic situation of the country which.
The International Monetary Fund forecast, in (March 21, 2015), the high proportion of the budget deficit in 2015 to more than the proportion of 12% announced by the government, to "significantly higher levels", due to lower oil prices, and a weak possibility of Iraq's commitment to export 3.3 million barrels per day, also assume the budget, it proposed the implementation of reform measures include strict austerity in investment projects, and a commitment to reducing expenses, and the revision of the maximum limits of central bank sales of the currency, referring to the overall growth contraction, and the prospect of rising inflation slightly the end of this year.

[You must be registered and logged in to see this link.]
Lobo

Re: Saleh: borrowing will be a heavy burden for generations and must spend it on the projects

After reading this article, it is very clearly laid out if "reading" between the lines so to speak, that there are several "battles" going on in Iraq - the ISIS (Sunni) vs SHIA middle east religious fight which has been going on for thousands of years; this fight spills over between the oil nations in the middle east in "oil" wars, something like the race to the bottom - as in the currency wars going on.  Then the money borrowed not only has to be spent on projects to increase productivity in Iraq but also to pay down the debt - catch 22 - hopefully, the IMF/WB will give enough time in their loans so that Iraq will be able to do both - unlike what is going on in Greece.  The IMF is on record saying Greece needs about a 30 year time limit to repay - but the ECB AND THE EU with Germany in the lead will destroy not only Greece but - I believe, are in the process of destroying the EU in the process.