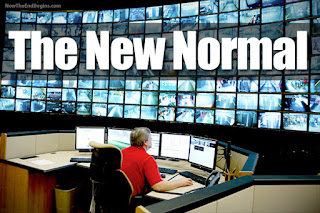 NTSB Chairman Christopher Hart said that despite “more than a decade of recommendations by the NTSB,” federal regulators at the U.S. Department of Transportation had not required them in large motor vehicles.  If you didn't know nearly every car manufactured after 2005 has a black box, the NHTSA has an entire page dedicated to Event Data Recorders.


According to the Sacramento Bee the American Bus Association (ABA) has expressed support for the installation of data recorders. Of course they support the NTSB's drive to surveil every bus, they receive $12 million in grants from DHS every year!

The [url=http://www.buses.org/files/GovernmentAffairs/RegComments/ABA Comments on Department of Homeland Security Docket TSA-2013-0005.pdf]ABA has received $300 million in grants from DHS since 2003[/url]. DHS calls it the "Over-The-Road Bus Security Grant Program"

The Society of Automotive Engineers (SAE) is working closely with DHS to implement speed limiter devices and tracking devices in every vehicle. Click, here, here & here to read about SAE's close relationship with DHS.

The S-Max can read signs with its traffic sign recognition system and adjusts for speed accordingly. And it doesn't need to pull down the brake to slow down the car.

"The system does not apply the brakes but smoothly controls engine torque by electronically adjusting the amount of fuel delivered," the company said in a press release.

It's only a matter of time before speed limiter cars are the 'norm' in America!


Sean McNally, a spokesman for the American Trucking Associations (ATA), said that the industry trade group “supports the use of many technologies, including event data recorders, that can positively impact safety.”  There's that same tired old excuse, its for safety, believe us! It's for profit and surveillance.

Click here, here & here to read about the ATA's close relationship with DHS.

In the DOT's "Playing It Safe - NHTSA Update" they reveal how the government wants EVERY
vehicle to be connected wirelessly.

It's called the "U.S. DOT Connected Vehicle Program" it's a vehicle-to-vehicle wireless communication (tracking) system! Click here and here to get the latest news and updates about the program.

The Electronic Privacy Information Center has written numerous articles describing the privacy dangers of "connected cars".
Talking cars will tell the government your speed and location:

The Drug Enforcement Administration is building a massive highway license-plate-camera program to spy on millions of innocent drivers  Traffic cameras everywhere are taking pictures of our license plates. And police can tap into that database, “putting a wealth of information in the hands of local officials who can track vehicles in real time on major roadways.”

Ford Global VP Jim Farley said last year “We know everyone who breaks the law, we know when you’re doing it. We have GPS in your car, so we know what you're doing. By the way, we don't supply that data to anyone," he told attendees.

- Gain user acceptance information from uninitiated drivers. In other words tell the public it's for their safety, over and over until they believe it.

It should come as no surprise that Road Safe America works with DHS. Click here & here to read more. FYI, Road Safe America founder Stephen Owings is the chairman of the Motor Carrier Safety Advisory Committee which has close ties to DHS, click here & here to find out more. Deb Owings is a Director of the Virginia Motorcoach Association which has close ties to DHS.

Our government is spying on our cars: