Germany wants its gold back

Germany wants its gold back

The Bundesbank has announced plans to repatriate some of Germany’s gold reserves from abroad. At least half of the country’s gold would be transferred to Frankfurt by 2020, according to Bundesbank President Jens Weidmann.
Weidmann says 366 tons of gold worth €11.5 billion have been delivered to Frankfurt so far. "There are now about 1,400 tons or 41.5 percent of our gold reserves here," the banker said.
Read more 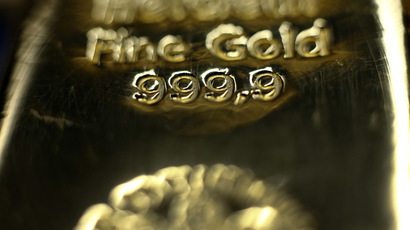 ​Germany's failed attempts to get its gold back from the US 'opens question of its sovereignty'
In October last year Germany’s gold reserves stood to around 3,384 tonnes, worth about €120 billion, which is the second largest in the world after the US.
Weidmann added the rest of the gold will remain in New York and London, which he says are as safe as Germany. In case of emergency, these reserves would quickly be converted on the markets in these cities, the banker said.
The Bundesbank has been criticized at home for keeping a major part of Germany’s gold reserves abroad. Critics are demanding the complete return of the gold to the country. They regard the gold as insurance if a crisis comes, and the immediate physical availability would be the decisive criterion.
When trying to move gold from New York in 2014, the Bundesbank met obstacles from US authorities when officials tried to inspect the German gold kept in US vaults.  (Yeah, like we wouldn't even let Germany see their gold - any guess where it went????)

“I’m no conspiracy theorist, but the Bundesbank should be able to audit the gold once a year like it does with reserves in Frankfurt,” Hans Olaf Henkel, a German member of the European Parliament, told RT.
Some even doubted the German gold is still physically there.
“We are still missing … published lists of gold bar number, even though the US Federal reserve publishes this list for their own gold,” said Peter Boehringer, founder of the Repatriate our Gold Campaign.
https://www.rt.com/business/336405-germany-gold-reserves-return/

» Germany is now offering to pay countries to take back their migrants
» Germany Sending Refugees Back to Austria
» Germany To Send Back Thousands Of Afghan, Balkans Migrants
» European Heavyweights France, Britain and Germany Back US Strikes in Iraq
» Germany moves 100 tonnes of its gold from New York to Frankfurt